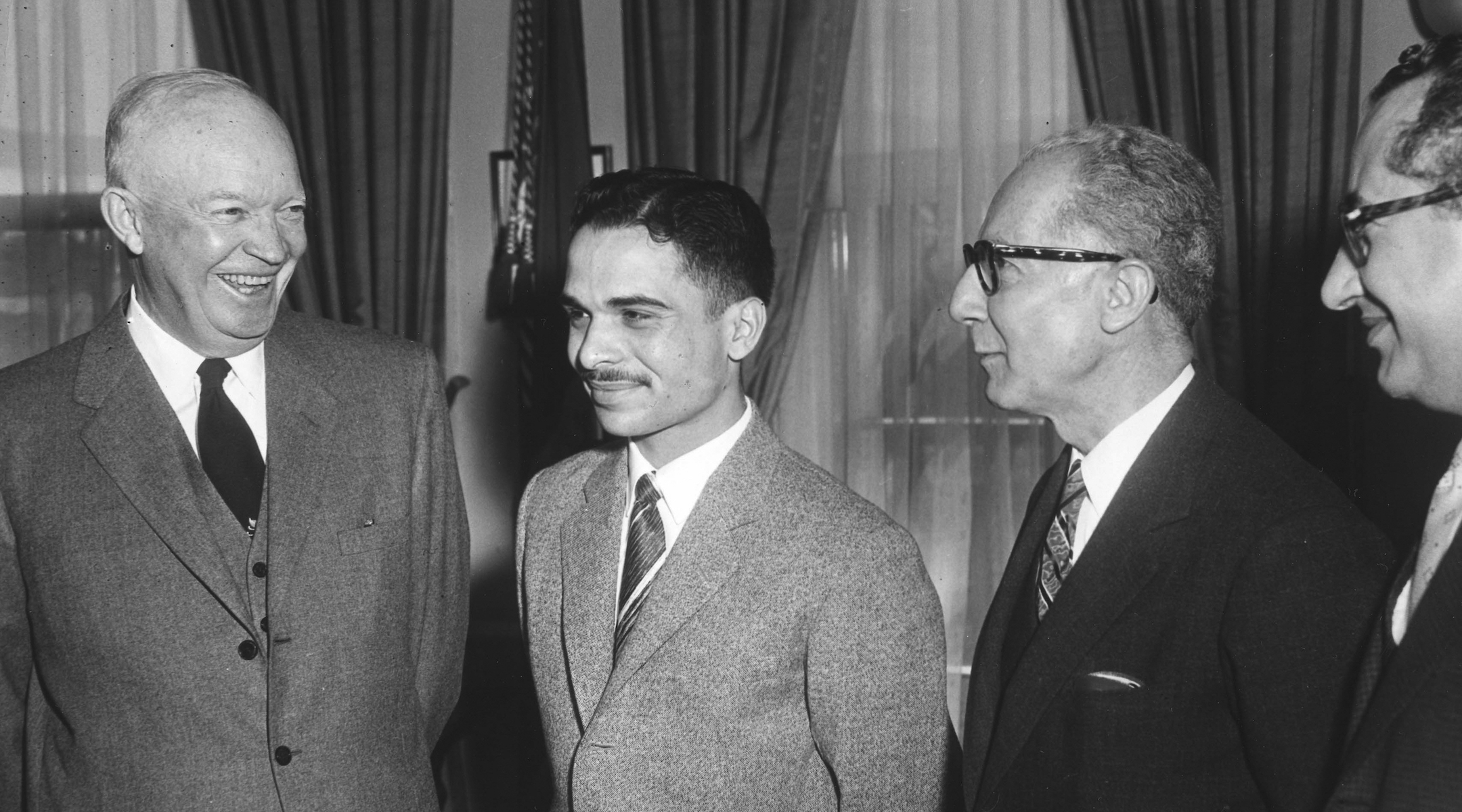 Anticipating the collapse of the present pro-Communist regime in Iraq, King Hussein of Jordan was reported here today as mapping plans to proclaim himself as a ruler of a merged Jordan-Iraqi kingdom and to ignore warnings from Israel which has no armistice agreement with Iraq. A merger of Jordan and Iraq would bring Iraqi troops to the Israel frontiers.

The report, published in the press here, says that King Hussein presided yesterday at a four-hour meeting of 18 Iraqi leaders, including two former Premiers, Ali Jawdat Ayubi and Nuri Eddine Mahmoud. The meeting, called to prepare plans for an expected collapse of General Kassem’s regime, made three decisions.

One was to supply tribal chiefs of southern Iraq with arms so they could revolt against Kassem “when the time comes.” The second was to disregard Israel’s warning that Israel would occupy the Jordan Ever west bank if Jordan moved into Iraq. The third decision was to move Jordan’s Arab Legion into Iraq if chaos developed, regardless of what the Iraq Army might decide to do.