Henry Morgenthau, Jr., Ex-secretary of Treasury, Dead at Age of 75 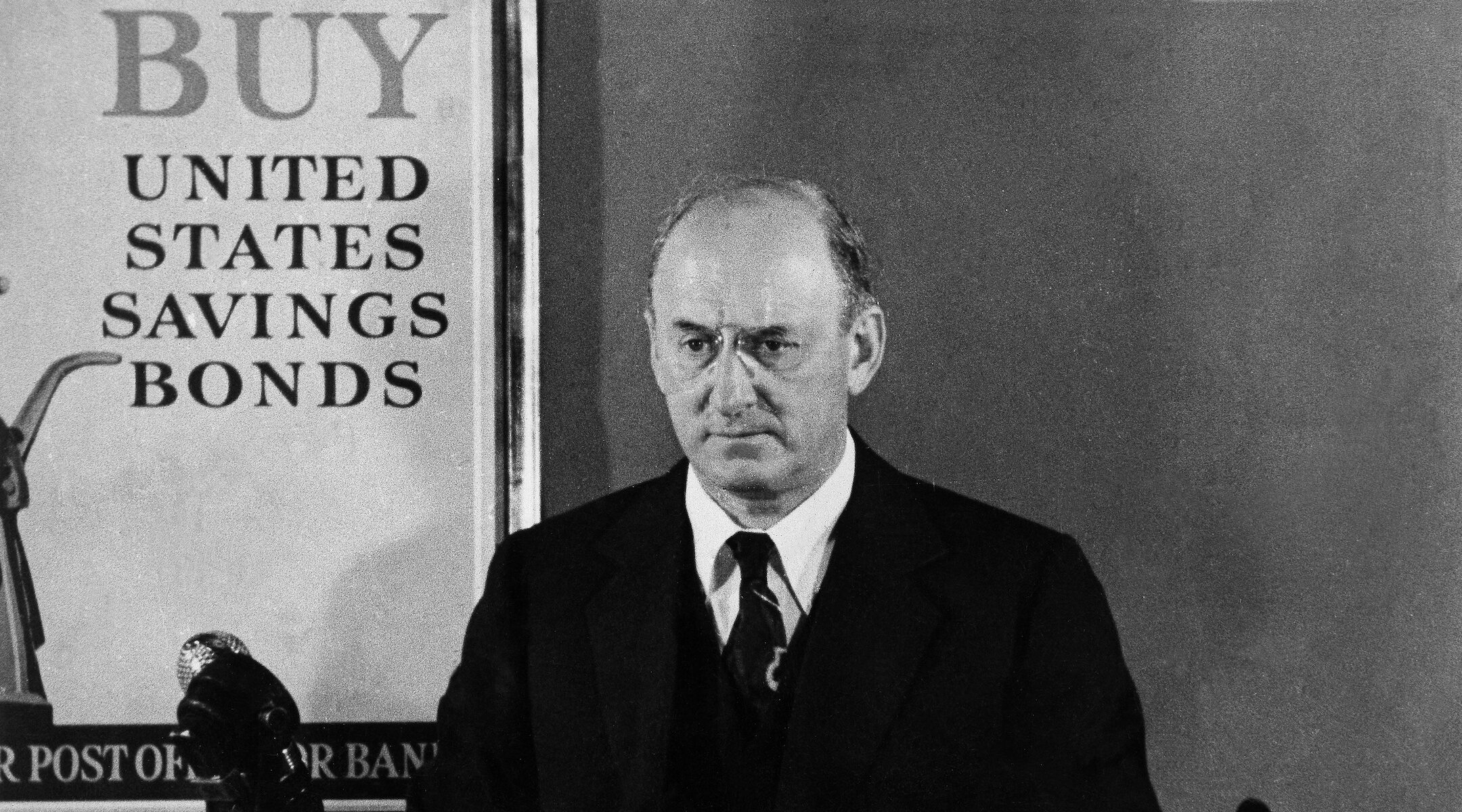 Henry Morgenthau, Jr., Secretary of the Treasury under President Franklin D. Roosevelt for 11 years, former general chairman of the United Jewish Appeal and first chairman of the Israel Bond Organization, died at the Vassar Brothers Hospital here last night at the age of 75.

A close friend of Franklin Delano Roosevelt for many years, prior to FDR’s election as Governor of New York State and subsequent election as President of the United States, Mr. Morgenthau was appointed as chairman of the New York State Agricultural Advisory Committee and, later, as head of the Federal Farm Board. Still later, he became Secretary of the Treasury, serving in that post during the crucial years of the depression and the New Deal.

Mr. Morgenthau’s interest in foreign affairs and knowledge of agriculture brought him into a number of controversies, especially his plan for post-World War II Germany, known as the Morgenthau Plan, under which that nation would have been stripped of industries and converted into an agricultural state.

Mr. Morgenthau was born in New York, the son of Henry Morgenthau. The latter had been United States Ambassador to Turkey from 1913 to 1916, and had also been chairman of the Democratic National Committee’s financial committee, as well as very active in many Jewish philanthropies. The second Henry Morgenthau graduated from Cornell University in 1910. In his maturity, he was the recipient of many honorary doctorates, including such kudos from Hebrew Union College, the Chicago College of Jewish Studies and Yeshiva University.

Besides his widow, the former Mrs. Marcello Puthon Hirsch of New York, Mr. Morgenthau is survived by three children of a previous marriage. They are Robert M. Morgenthau, the United States Attorney for the Southern District of New York and unsuccessful Democratic candidate against Governor Rockefeller in 1962; Henry Morgenthau 3rd of Cambridge, Mass., a television producer; and Dr. Joan E. Morgenthau, a pediatrician. Funeral services for Mr. Morgenthau were scheduled to be conducted Thursday morning, at Temple Emanu-El, New York.