Intifada Could Halt for Pesach, Activist Husseini Hints in London 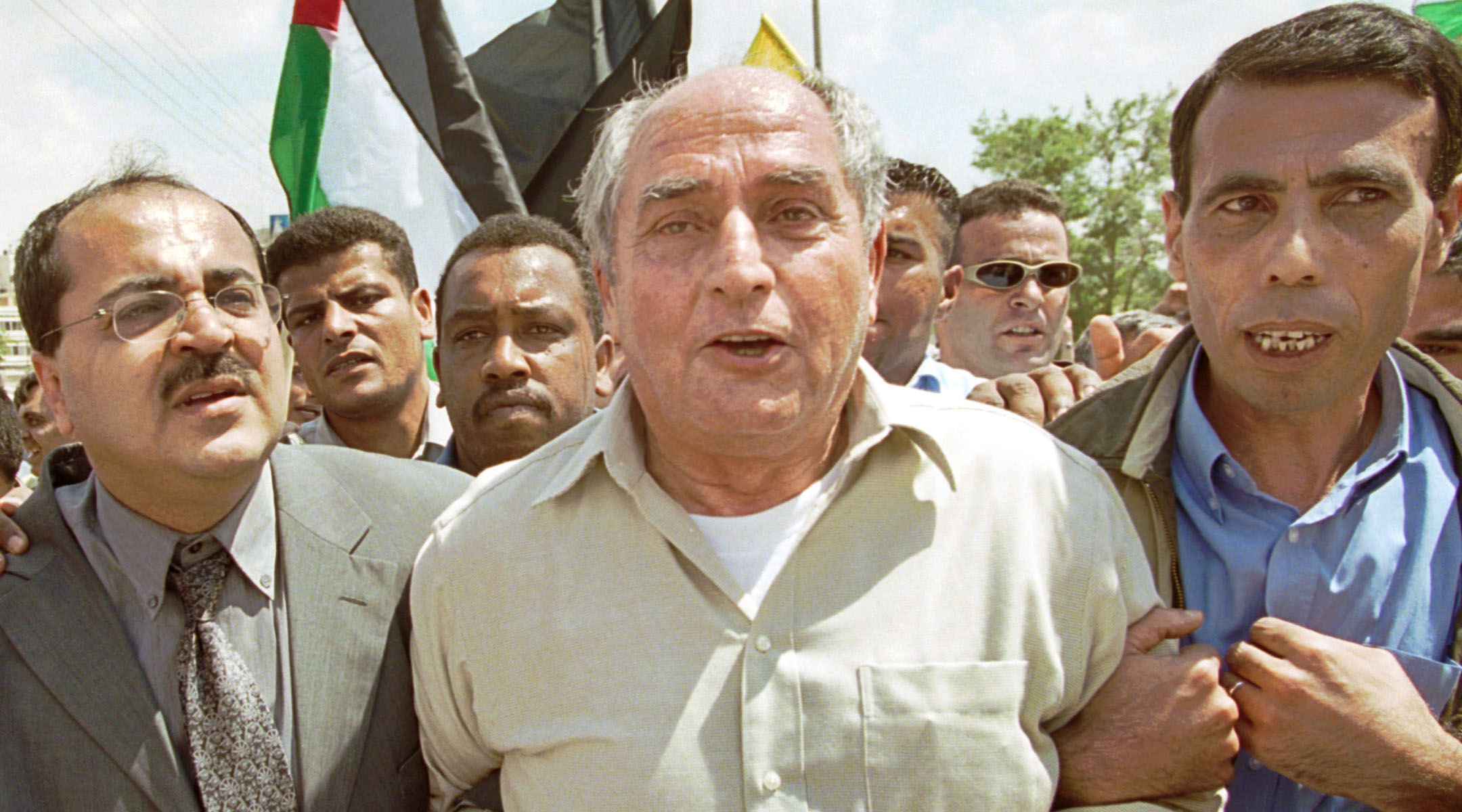 The intifada may stop for Jewish holidays, a Palestinian leader has hinted in London.

Faisal al-Husseini, a West Bank activist seen by Israel as one of the intifada’s organizers, told a Jewish audience Sunday night: “Maybe on some days like Pesach, people will stop throwing stones, maybe to give the impression to the Israelis that we are not against you as a people, that we respect your holy days.”

Stopping stone-throwing and other violence altogether is “theoretically a beautiful idea,” he told British supporters of Mapam, the United Workers Party of Israel. But he said the Israeli authorities have taken advantage of non-violent Palestinian protests to make arrests and seal off villages.

Nevertheless, Husseini, who chairs the Arab Studies Center in Jerusalem, made it clear that for Palestinians the intifada is a “state of mind” and would continue until Palestinians have their own state.

Although Israel has kept Husseini in prison without trial for most of the last 22 months, many Israeli politicians, including Defense Minister Yitzhak Rabin, see him as a potential local leader to whom Israel could talk as an alternative to the Palestine Liberation Organization.

Husseini emphatically buried that hope and said Israel must face the fact that there is no one to talk to except the PLO.

“We Palestinians in the occupied territories can give the whole world thousands of martyrs and hundreds of Moslem Mandelas, but they can’t have even one Quisling,” he said, referring to the black South African activist and the Norwegian traitor. “Those who are dreaming of an alternative leadership will get up from their dreams sooner or later,” he said.

Husseini is in London trying to obtain a U.S. visa to visit New York, where he hopes to attend next week’s Palestinian-Israeli peace conference organized by the Israeli magazine New Outlook and the Palestinian newspaper Al-Fajr.

His principal message — that the Palestinians genuinely want peace on the basis of a state solution — is virtually identical to that now coming from the PLO itself.

Husseini called for an end to the “years of war and hatred and stereotypes. We know the Israelis have one of the strongest armies in the world,” he said, “but we know they also are afraid of us. We also have our fears.”

To build peace, he said, each side has to abandon not only its nightmares but its dreams of controlling the whole of the land.