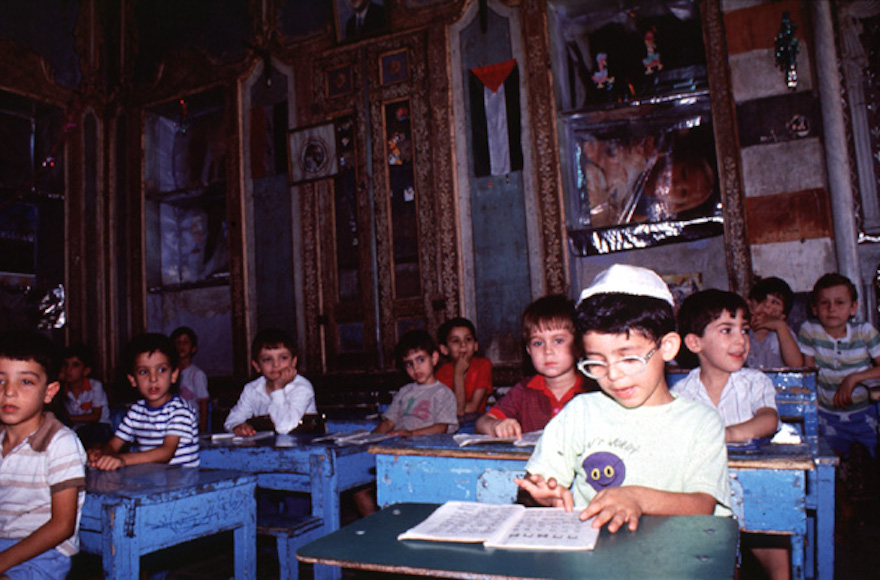 U.S. Secretary of State Warren Christopher discussed at length the fate of Syrian Jews with Syrian President Hafez Assad during his visit to Damascus last weekend, sources here have confirmed.

They said Christopher followed up on the subject in additional discussions with Syrian Foreign Minister Farouk al-Sharaa.

“Christopher made it clear that the plight of Syrian Jews is one of the important considerations in the relationship between the United States and Syria,” said Malcolm Hoenlein, executive vice chairman of the Conference of Presidents of Major American Jewish Organizations, which was holding its annual mission here this week.

There are about 1,450 Jews remaining in Syria, and some 1,000 of them are seeking travel visas.

Reports following Christopher’s visit to Damascus said that Assad had given the Americans a “firm commitment” on reinstating the travel rights for Jews.

During the presidential campaign, Bill Clinton vowed to be tough with Syria on the issue of the Syrian Jewish community.

The meeting in Damascus is seen as a clear sign he is making good on the pledge and assigning it a high priority.

Hoenlein said that Christopher made it clear to the Syrians “that the U.S. government expects them to live up to their previous commitments” and grant Jews visas to leave the country.

“The message was that verbal assurances not matched by actions” will not be accepted by the new administration, Hoenlein said.