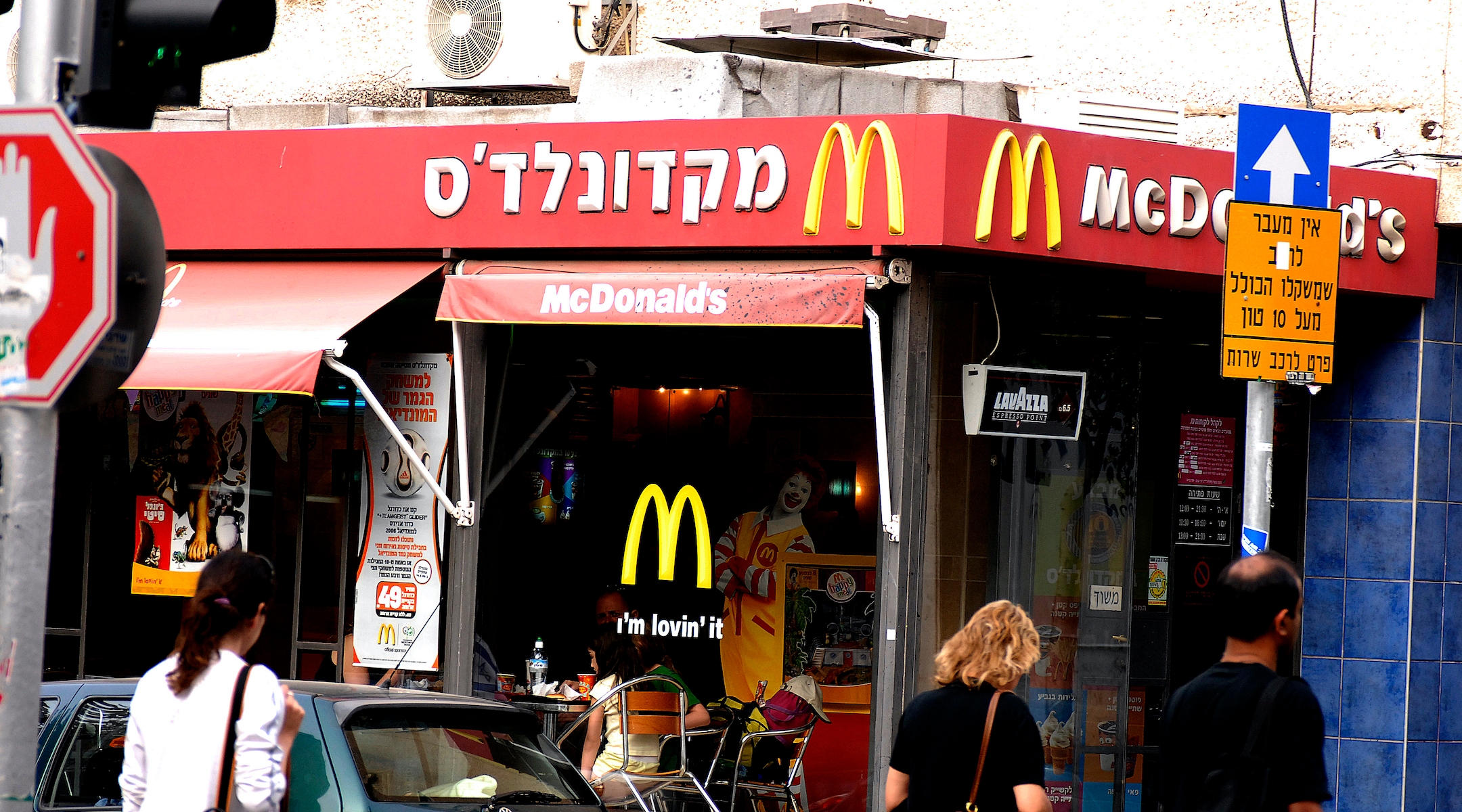 “Big Mac” arrived in Israel on Thursday, when the first of what is planned to be a major chain of McDonald’s fast-food outlets opened its doors under the famous golden arches.

The restaurant opened with great fanfare when William Brown, the U.S. ambassador to Israel, and Ramat Gan Mayor Zvi Bar met with Amri Padan, McDonald’s Israeli concessionaire, to relish the first burger served at the new restaurant, in the Canion Ayalon shopping mall in Ramat Gan.

The $2 million restaurant, which seats 450, is the first of five Padan plans to open.

The restaurant does not have a kosher certification, as it serves cheeseburgers and is open on the Sabbath.

All the meat served, however, is kosher, as research has shown that Israelis prefer kosher meat, Padan said.

Other branches will not serve cheeseburgers and will have kashrut certificates.

McDonald’s executive Jim Skinner, who is in charge of the Middle East region for the Chicago-based chain, said the Ramat Gan outlet is the first in the Middle East, but not for long.

A branch is to open in Riyadh, Saudi Arabia, within the month, with others to follow in the Saudi city of Jidda, as well as Bahrain and Egypt.