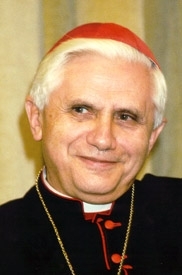 ROME, May 5 (JTA) — As Pope Benedict XVI settles into his new role as leader of the world’s 1 billion Catholics, Jewish observers are watching keenly to see if he will continue the late Pope John Paul II’s groundbreaking policy of reaching out to Jews. Evidence from the first two weeks of his papacy indicates that he at least intends to do so. The former German Cardinal Joseph Ratzinger, Benedict was elected to the papacy April 19. The next day, as one of his first acts as pope, he wrote to Rome Chief Rabbi Riccardo Di Segni and other Jewish leaders, pledging to further Jewish-Catholic relations. He trusted, he said, “in the help of the Almighty to continue the dialogue already begun and to strengthen cooperation with the sons and the daughters of the Jewish people.” Four days later, during the solemn mass that formally inaugurated his papacy, Benedict publicly singled out the Jews for recognition in front of 400,000 faithful and a worldwide television audience of millions. During his homily, Benedict expressed greetings to the clergy and faithful who were following his inauguration. He then also greeted the non-Catholics among them. “With great affection I also greet all those who have been reborn in the sacrament of baptism but are not yet in full communion with us,” he said, “and you, my brothers and sisters of the Jewish people, to whom we are joined by a great shared spiritual heritage, one rooted in God’s irrevocable promises.” Jewish observers who follow papal policy or who have been active in Catholic-Jewish dialogue say these are good signs. “Clearly Benedict has gone out of his way to demonstrate that his commitment to Catholic-Jewish relations is as strong if not stronger than his predecessor,” Rabbi David Rosen, director of Interreligious Affairs for the American Jewish Committee, told JTA. Rosen, who has met Benedict on a number of occasions over the years, was one of the recipients of the pope’s April 20 letter. He said that during Benedict’s years as cardinal, when he served as the Vatican’s doctrinal watchdog, he had sought to make clear that he viewed the relationship with Judaism as totally different from relationships with other religions — and perhaps even from the church’s relations with other forms of Christianity. He sees Judaism as the authentic foundation of the church. “As he once said to me,” Rosen recalled, ” ‘Anything that has religious meaning for you must have religious meaning for me, for you are our roots.’ ” In his writings as Cardinal Ratzinger, Benedict also confronted the responsibility of Christians — if not the responsibility of the church itself — for anti-Semitism and the Holocaust. David Kertzer of Brown University, an expert on papal policy toward the Jews, also said the fact that Benedict wrote to Jewish leaders as one of his first papal acts was “certainly a good sign that he sees continuation of his predecessor’s efforts to build good relations with the Jewish community to be a priority.” “The speed with which he took this step,” Kertzer told JTA, “may also reflect the burden he feels as a German who grew up under Nazism and for whom questions had been raised as to what effects this may have had on his world view.” Ratzinger, 78, grew up in a staunchly anti-Nazi Catholic family, but like nearly all German teenagers then he was obliged to join the Hitler Youth. He deserted the German army near the end of World War II. Nonetheless, Kertzer noted that there still were issues clouding Jewish-Vatican relations. “One of the main irritants preventing full reconciliation between the Holy See and the Jews has been the continuing unwillingness of the Vatican to come to terms with the role played by the church in fomenting modern anti-Semitism in the decades that led up to the Holocaust,” he said. “As a scholar, Pope Ratzinger is in a position to know the historical truths that have thus far been not fully acknowledged,” he said. “I hope that he will be willing to take a new look at this history, and to face it unflinchingly.” A major opportunity to assess Jewish-Catholic relations will come this year, with the 40th anniversary of Nostra Aetate, or In Our Time, a declaration promulgated by the Second Vatican Council in 1965 that repudiated all forms of anti-Semitism and rejected the charge that God punishes the Jewish people for the death of Jesus. Observances marking the anniversary are planned for the fall. “I believe Benedict XVI will continue the extraordinary work in Catholic-Jewish relations that is the legacy of his teacher and mentor, John Paul II, but I hope he will do even more,” Rabbi A. James Rudin, a longtime activist in Catholic-Jewish relations, wrote in a recent column for the Religion News Service. The new pope, he wrote, “has talked the talk in Catholic-Jewish relations; hopefully he will now walk the walk.”