Arrests made in Chilean Nazi enclave 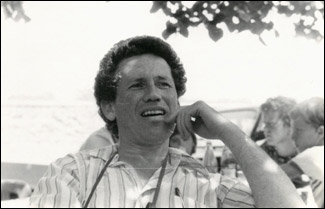 BUENOS AIRES, May 31 (JTA) — Recent arrests of top leaders of Colonia Dignidad, a secretive Nazi refuge in southern Chile, have given new hope to the family of a Jewish academic who is the only American still considered “disappeared” in Chile, and who last was seen in Colonia Dignidad. Coming on the heels of Interpol’s detention of Colonia Dignidad leader Paul Schaefer in Buenos Aires in March, Chilean police arrested Schaefer’s top aide, Hartmut Hopp, and three other leaders May 26 on charges related to the disappearances of four Chileans during the Pinochet military government. For the first time in the more than four decades of Colonia Dignidad’s existence, it appears the Chilean government is showing the willingness to investigate the sect on charges of torture, disappearances, sexual molestation of minors and numerous other human rights abuses, including the disappearance of Boris Weisfeiler. Schaefer, 84, is awaiting trial in Santiago on a variety of similar charges after being deported from Argentina. Weisfeiler, a world-class mathematician, escaped from anti-Semitic harassment in the Soviet Union and emigrated to the United States in the 1970s. He taught first at Princeton’s Institute for Advanced Studies and then was a mathematics professor at Penn State University. He was never heard from again after he left in December 1984 for a solo hiking vacation in the Andes of southern Chilean. According to U.S. State Department documents, a Chilean informant told U.S. Embassy officials in Santiago that he saw a virtual slave laborer in Colonia Dignidad in 1986, and recognized him as Weisfeiler. “I still don’t know how the arrests will affect Boris’ case,” his sister, Olga Weisfeiler, said from her home in Newton, Mass. “I’m sure they know perfectly well what happened to Boris, when he was murdered and by whom. I hope that when this mafia is gone, arrested, then people will feel free to start talking, and that perspective is giving me hope.” Olga Weisfeiler said she recently sent a letter to U.S. Secretary of State Condoleezza Rice, and feels assured that “the State Department realizes the case of Boris cannot be closed without a resolution.” Colonia Dignidad — now called Villa Baviera, or Bavarian Village — is located about 300 miles south of the capital city, Santiago. Recent excavations of the 80-square-mile property by police and judicial authorities have uncovered a series of tunnels and pits harboring cars believed to belong to some of the missing persons. Sensors and an arms cache also were found. Jewish groups such as the Simon Wiesenthal Center are seeking an investigation into reports that the enclave was a refuge for Nazi war criminals during the 1960s and ’70’s. Schaefer, a Nazi Luftwaffe official during the war, has never hidden his affinity for the Nazi cause, and some of the few people who escaped the colony testified that there were Nazi war criminals who regularly visited the community, some staying for extended periods. The extensive series of tunnels, which still have not been completely uncovered, could lead into nearby Argentina and could have provided a handy escape route for Nazi war criminals. For almost two decades, Olga Weisfeiler has pressed Chilean and U.S. government officials to investigate her brother’s disappearance. For most of that time, government bureaucrats and judges didn’t heed her pleas. Now things seem to have changed. “My next trip to Chile to push the investigation will probably be in September or October,” said Weisfeiler, who already has been to Chile five times in the past eight years. “I am confident that the two judges in the case will try to get to the bottom of what happened to Boris and what went on in Colonia Dignidad. But only time will tell.”