Jewish literacy is a mitzvah 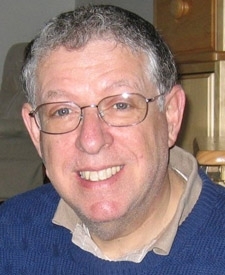 WEST ORANGE, N.J., Oct. 12 (JTA) — For the People of the Book, literacy is a mitzvah, a sanctified behavior that draws us closer to God and the Jewish community. Pirkei Avot, or Ethics of the Fathers, described a curriculum in the year 200: “A 5-year-old begins Tanach,” or scripture; “a 10-year-old begins Mishnah,” or rabbinic law; “a 13-year-old is obligated to accept mitzvot,” based on his/her ability to comprehend meaning; “a 15-year-old begins Gemarah,” or elucidation of Mishnah. (Avot: 5:28). The desired outcome of this course of study is the development of a Jewish identity rooted in our connection to and knowledge of Jewish texts. Fast forward to our day: In the past 30 years, the number of schools and the percentage of Jewish children receiving a day school education has risen to dramatic heights. Most of the schools are under the broad spectrum of Orthodox auspices; a smaller but growing number associate themselves with the Conservative and Reform movements or are in the expanding network of pluralistic “community schools.” Yeshivot and Jewish day schools are uniquely positioned to deepen and expand Jewish literacy. Immersion in classical texts, the time commitment of students and the financial investment of families come together to give a 21st century meaning to Jewish literacy. As graduates of today’s day schools assume professional and volunteer leadership roles in Jewish communal institutions, renewed Jewish literacy may emerge as a characteristic of Jewish life. A premiere aspect of Jewish literacy is fluency in Hebrew, whether classical or modern, spoken or textual. In our time we have seen a huge growth of Jewish publishing of classical texts in English. Nonetheless it is true that the meaning, nuance and message are lost in the translation and may lead to distortions of the original. The 2001 No Child Left Behind Act reduced much of the discussion on literacy in American society to a focus on phonics — $900 million was distributed in 2002-2003 to develop “scientific, research-based” programs on this approach to reading — but the initiative has been stalled at that basic level. Day schools and yeshivot need to resist the temptation of reducing their Hebrew literacy programs to phonetic decoding. That would miss a special opportunity of these schools. Most modern day schools subscribe to the belief that they are engaged in fashioning a new kind of Jew: One who sees the world refracted not only by the wisdom of Western civilization, but also, simultaneously, through the insights of Torah. Jewish literacy promotes such philosophical and psychological integration; the yeshiva and day school that embraces this view can produce a student whose vision of the world and his/her community was described millennia ago by the Midrash: “May words of Torah be spoken in the language of Yafet,” i.e. classical philosophy and science, “within the tents of Shem,” i.e. the ideas and ideals of the Jewish people. (Genesis Rabbah 36:8). Many hope that this describes the best of what it means to be a modern Jew. There is a third dimension to Jewish literacy particular to the day school setting: To be Jewishly literate, immersed in the meanings and messages of 4,000 years of Jewish life and letters, conveys with it a moral imperative. We get “it” — the eternal truths of Judaism — when we look up from the page of text, peopled by the generations of giants that preceded ours, and say to ourselves, “What are the consequences for me of taking this seriously?” The Mishnah teaches: If we achieve Jewish literacy then our actions will speak louder than our words so that we treat people with a countenance that reflects God’s own. (After Avot 1:15). Jewish literacy does not permit a retreat from real life. What we read, study and discern ought to have implications for our attitudes and behavior. In the Jewish schools of today, Jewish literacy can have new and special meaning. It calls for a refocus on the linguistic, textual and ethical dimensions of learning, which will be the legacy we leave our students. (Richard Wagner is an independent consultant and teacher in Jewish education. He’s a former principal at several Jewish day schools around the country.)