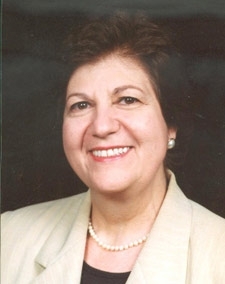 NEW YORK, Oct. 12 (JTA) — What is Jewish literacy? What does it mean to be Jewishly literate? Who is an educated Jew? Paula Hyman, professor of modern Jewish history at Yale University, writes in an issue of “Sh’ma” (2/02), “There has been no consensus on the issue of ‘Who is an educated Jew?’ for more than 200 years.” Clearly, our definitions have changed over the centuries. But where are we today? What must we know to function as literate Jews? Rabbi Joseph Telushkin, in his introduction to “Jewish Literacy: The Most Important Things to Know About the Jewish Religion, Its People, and Its History,” observes, “At a time when Jewish life in the United States is flourishing, Jewish ignorance is, too.” He goes on to say that while large numbers of Jews of all ages are seeking Jewish involvement, in many cases, they are secretly “Jewishly illiterate.” Modern Jews, Telushkin writes, are either vaguely familiar with or completely unaware of the most basic terms and significant facts about Jewish life and Jewish history. The traditional definition of literacy is the ability to use language — to read, write, listen and speak. In modern contexts, the word means reading and writing on a level adequate for written communication and generally a level that enables one to successfully function at certain levels of a society. For our purpose, the phrase “successfully function at certain levels of a society” is where we must begin. What do we need to know to function in or create a Jewish home, to function in the synagogue, to function in Jewish communal life and to function in the world as a knowledgeable Jew? What should we know, feel and be able to do, to be considered a literate Jew? Jewish educators wrestle with these questions on a regular basis. Whether working in a congregation, in a day school or in a graduate program in Jewish education, the questions are the same, although the answers may vary greatly from setting to setting. Let’s begin with some basic categories: God, Torah, Jewish nation, Israel, holidays, life cycle and deeds. These categories, once briefly explored, will form the basis on which most Jewish learning, leading to Jewish literacy, is built. • God: It is in this category where ideas and concepts about Jewish belief are explored. Understanding God and spirituality is a process with which Jews must wrestle. Discussion encompasses questions such as: What is the nature of God? What is Judaism? What do Jews believe? • Torah: This category can be expanded to focus on the “words” — the ideas and concepts — of Jewish life. It includes not only the Hebrew alphabet and Hebrew language, common expressions and greetings, Jewish names and names for God. It also includes: What is the Torah? What are Torah readings? What is in the Bible? What are prayers and blessings? What is Jewish liturgy? What are the basic Jewish texts? What is biblical history and modern Jewish history? • Jewish nation: Who is a Jew? How many Jews are there in the world? What are the movements in Judaism? Who are Ashkenazi, Sephardi, Oriental and Ethiopian Jews? What is “Jewish” food? Who are the patriarchs and matriarchs? Who are the prophets, the sages and the scholars of the Jewish people? • Israel: Why is Israel, the spiritual homeland of the Jewish people, important to all Jews? What is the difference between the Land of Israel and the State of Israel? Who lives in Israel? • Holidays: This area begins with a discussion of the Jewish calendar. How is the Jewish calendar the same and different from the secular calendar? What is Rosh Chodesh? What do we need to know about Shabbat and religious holidays? What is Yom HaShoah? What is Yom Ha’atzmaut? Which holidays are celebrated at home? Which are celebrated in the synagogue? What is the history of the synagogue? • Life cycle: What are the rituals and traditions that accompany each of the stages of the life cycle? Birth, naming and the first month of life are times of beginnings and celebrations. Bar and bat mitzvah and confirmation are milestones in a child’s religious education. Marriage begins a new Jewish home and family. Death and mourning have special customs to help the family and bring the community together. What does Judaism say about the afterlife? • Deeds: Ethics and ethical behavior are important Jewish values. How are we to behave toward Jews and non-Jews? What is tzedakah? What is meant by gemilut chasadim? What are the Ten Commandments? What does Judaism expect of us? How should we speak about others? What is lashon hara? How should we treat animals? Judaism places great emphasis on caring for one another and the world around us. Jewish literacy requires that we be able to function successfully, as knowledgeable Jews. If we accept that Jewish study is a lifelong pursuit, we will learn what we should know, feel and be able to do at each stage of our lives. (Jo Kay is the director of education of the School of Education at Hebrew Union College-Jewish Institute of Religion in New York City and vice president of educational resources for the Coalition for the Advancement of Jewish Education.)