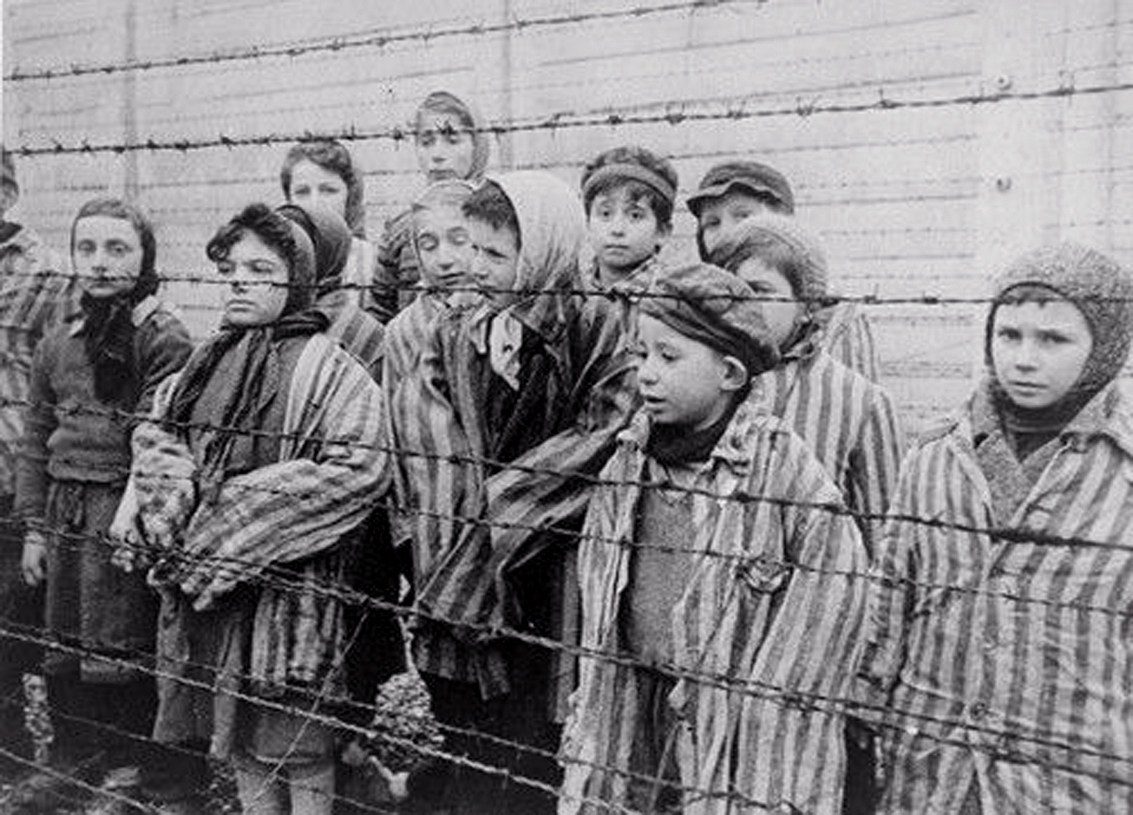 Child survivors of Auschwitz stand behind a barbed wire fence after the camp's liberation in 1945. (USHMM, courtesy of Belarussian State Archive of Documentary )
Advertisement