Jews reach out to Va. Tech 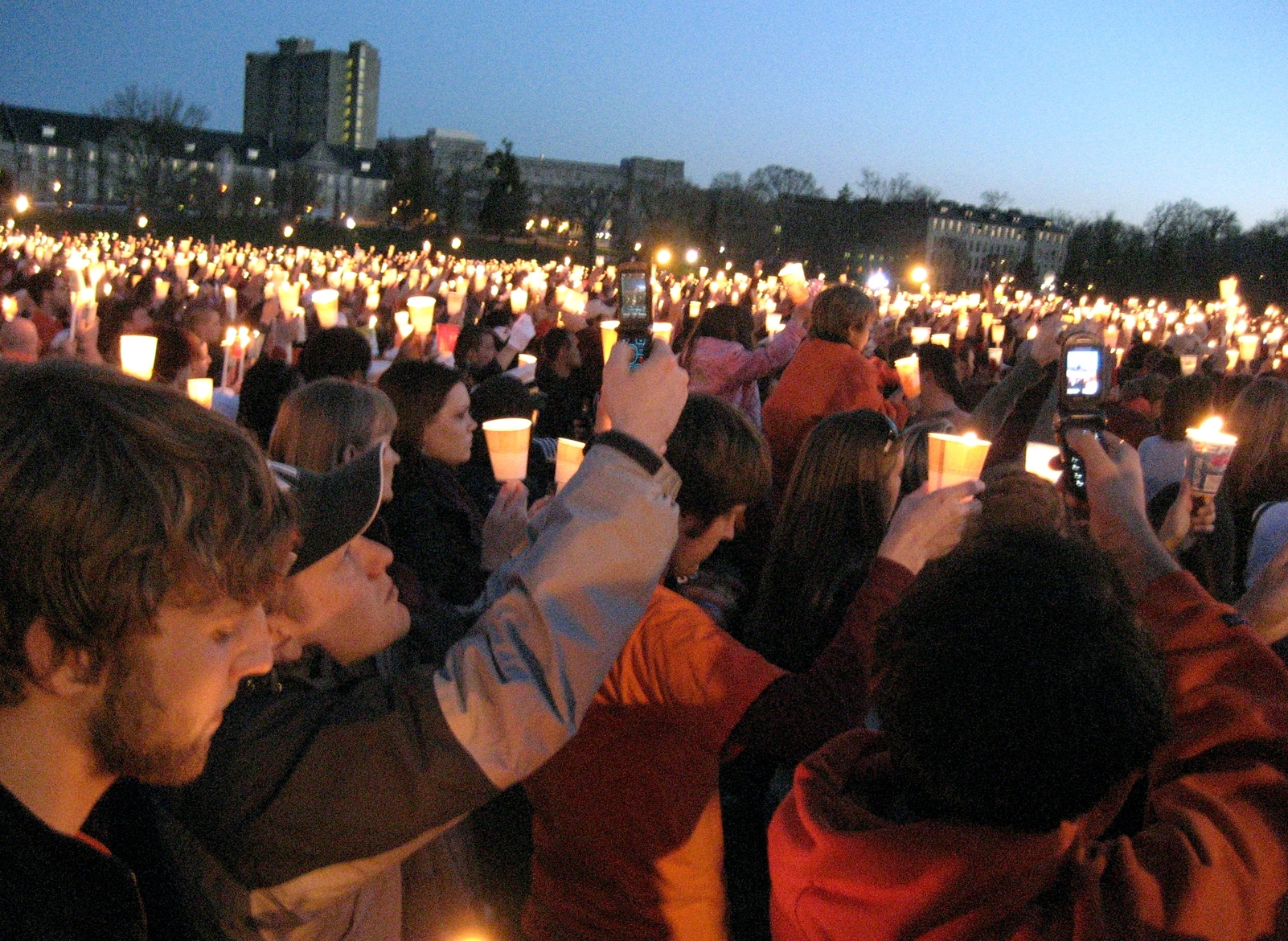 Students take part in a vigil at Virginia Tech on April 17. (Courtesy of Lindsay Katona)
Advertisement

NEW YORK (JTA) – Two days after her bucolic campus in the mountains of southwest Virginia became the focus of national attention, the Hillel director at Virginia Tech was still reeling. “Hectic” and “exhausting” were the words Sue Kurtz used Wednesday to describe the aftermath of the April 16 shooting spree that claimed 32 lives, plus the gunman’s – the worst shooting rampage in modern American history. None of the university’s 1,400 Jewish students was believed to be among the dead – as of Thursday, the names of only 23 victims had been released – but many Jewish students knew someone who died. Hillel president Rochelle Low was best friends with Caitlin Hammaren, 19, a sophomore from Westtown, N.Y. who was killed during a French class. Hammaren was a regular participant in Hillel events and was widely known to Jewish students. Kurtz was close with slain French instructor Jocelyne Couture-Nowak.A Tuesday evening memorial service at the Blacksburg Jewish Community Center drew an overflow crowd that locals said dwarfed attendance on the High Holy Days. When the service finished, students walked to a campus-wide ceremony organized by the student government. Everyone lifted candles at the same time, and the Jewish students sang “Hatikvah,” Israel’s national anthem.”It was unbelievable,” Kurtz said. “It was just so powerful.” In the immediate aftermath of the tragedy Kurtz was deluged with e-mails and phone calls, particularly from concerned parents, some of whom could not reach the campus for several days or were left unsettled by the way their children sounded on the telephone. Though Kurtz says the counseling and support provided by the university has been “amazing,” she plans to host communal dinners for Jewish students at least through the end of next week. The national office of Hillel: The Foundation for Jewish Campus Life is assisting with logistics and financing.Meanwhile, support from national Jewish organizations has been pouring in. The United Jewish Communities, the umbrella organization of local Jewish federations, has provided a $10,000 emergency grant to the Virginia Tech Hillel. A rabbi and two students from New York University also traveled to Blacksburg to help Kurtz cope with the demands of parents and media. Hillel plans to dispatch two professionals to the campus next week. “The Jewish community has come together,” Kurtz said. “It has been beautiful.”On Tuesday, Yossel Kranz and Shlomo Mayer, the Chabad emissaries in Richmond and Charlottesville, Va., headed to Blacksburg to ensure that the remains of Professor Liviu Librescu were handled properly.Librescu, 76, a Holocaust survivor who was born in Romania and once lived in Israel, was killed trying to protect his students.Chabad also is organizing a “Week of Goodness” to encourage good deeds in memory of those killed. After Librescu’s body was transferred to the medical examiner’s office in nearby Roanoke, the rabbi of that city’s Beth Israel Synagogue performed shmirah, the traditional requirement of accompanying the dead until burial. “I never met him, but there was a certain feeling being in the room,” Ron Kopelman said. “I felt I was in the presence of someone who acted sanely in an insane situation. There was this real feeling that he died ‘al kiddush hashem,’ as a martyr. It was a very moving time for me.”After a ceremony in Brooklyn, N.Y., on Wednesday, Librescu’s body was flown to Israel, where he was expected to be buried Thursday.