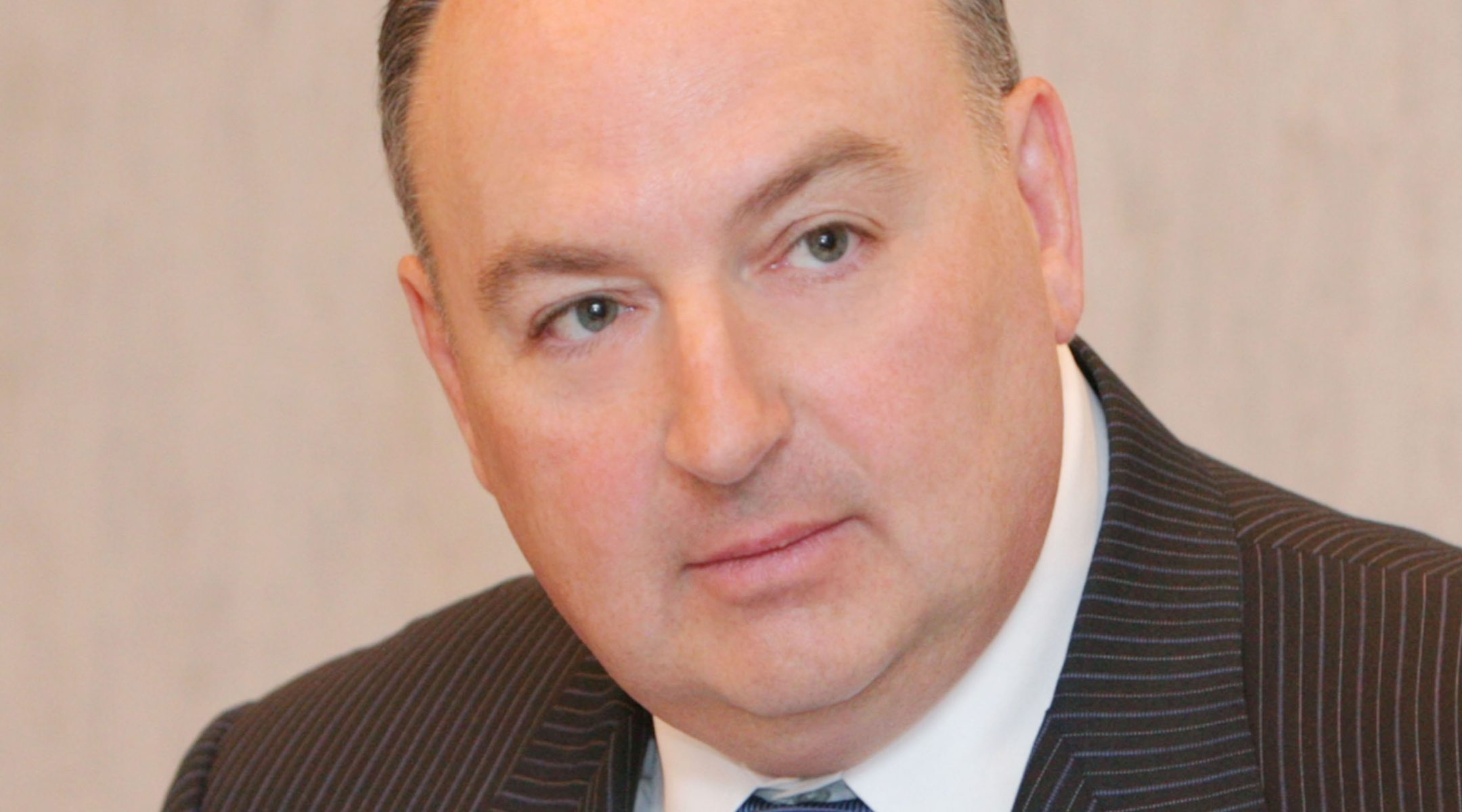 PRAGUE (JTA) – In a long-established habit of his countrymen, philanthropist and Moscow native Moshe Kantor makes a point about Russia by telling a joke:”So an American guy and a Russian guy are arguing about whose country has the better democracy,” he begins. “The American says, ‘Hey we have the best democracy, I can go to the gates of the White House and scream, I hate Bush, he is an idiot, and nothing will happen.””And the Russian guy replies, ‘We, too, have great democracy. I also can go to Red Square and scream Bush is an idiot, and nothing will happen.”Kantor, 53, is relaying the message that despite being a billionaire tycoon who counts on good relations with the Kremlin, he is not oblivious to his country’s shortcomings.That matters in Kantor’s pitch for the two-year presidency of the European Jewish Congress, which will vote for its next leader on June 26 in Brussels. He is running against the incumbent, Pierre Besnainou of France.Kantor’s Russian origins put him outside the French-German-British-Italian circle that has run the EJC since its creation in 1986. It may be the key to his election victory or defeat. “There is the perception that because he is a Russian oligarch, Kantor will be too soft on Putin, not a good critic of Russia’s dealings with anti-Semitism or even Iran’s nuclear threat,” said an EJC member who asked not to be identified.Kantor brushes aside such charges.”Seriously, I have no relations with Mr. Putin,” said Kantor, who has lived in Geneva for 14 years but is nonetheless president of the Russian Jewish Congress. But, he added, “to be efficient in Russia, you should have reliable, systematic communication with the Russian administration.”Speaking with JTA via a videoconference from Geneva, he said that although Russia struggles with democracy, “every country requires a different approach to do the best thing for Jews.”Kantor prefers consultations to public shouting. In May he assembled Russian, American and Israeli nuclear and security experts for a forum on preventing nuclear catastrophe in Luxembourg. The meeting was sponsored by the European Jewish Fund, of which he is the chief donor and chairman. The fund, also supported by 20 Jewish communities across Europe, has sponsored 11 educational and cultural projects to promote Jewish life. Kantor hopes to take his project-oriented approach to the EJC to give the organization a broader vision, which will include Jewish education. “We need to speak about Jewish heroes systematically to trigger the pride of the young generation and fight assimilation,” he said. Kantor waves a book titled “My People is the World,” about the lives of great Jewish artists, that was produced and distributed by the Russian Jewish Congress.”About ‘Mein Kampf’ everybody knows,” Kantor said. “Did you know that in the same year that it was published, 1922, a book by Marc Chagall was printed called ‘My Life’? It’s a beautiful book with beautiful poems. He wrote about his philosophy of life. Who knows about this? Nobody.”Kantor’s Jewish pride began in earnest at the age of 40, after he had become successful in the fertilizer and metals businesses that are now a cornerstone of his global company, Acron.He hired a rabbi to travel for a month with his family to Israel, and now has a home in Herzliya. Now he lays tefillin each day and attends Sabbath services when he can. Russian sources calculate his net worth at $1.4 billion. Before becoming reportedly one of the 100 richest people in Russia, Kantor graduated with a doctorate in technical sciences from Moscow Aviation University. Kantor estimates that he gives $200 million to Jewish causes each year. He made a name for himself in the Jewish philanthropic world by organizing and funding the 60th anniversary of the liberation of Auschwitz, a 2005 event attended by 70 heads of state.Last year he repeated a similarly large-scale commemoration at the 65th anniversary of the Babi Yar massacre in Ukraine, and is planning a commemoration next year for the 70th anniversary of Kristallnacht in Germany. Kantor says these gatherings are a means of combating anti-Semitism across Europe.”Speaking about historical tragedies and making parallels with the current situation is a key way to explain to people how dangerous the situation is today for Jews and non Jews,” he said.As EJC president, Kantor promises to create specific educational and cultural projects for board members to spearhead.”No more one-man show,” he said, a reference to what he perceives as Besnainou’s leadership style.Kantor also wants to elevate the stature of the EJC members from the former communist countries, whom he and others claim are sometimes looked down on by their Western European colleagues.Besnainou has suggested that Ukraine, Belarus and Russia should not belong to the EJC but should join another WJC affiliate, the Euro-Asian Jewish Congress.The suggestion infuriates Kantor. “We should finish with this separating Jews by categories,” he said. “I will create a family atmosphere between Western, Central and Eastern European communities.”At the last EJC assembly in February 2005, tensions between West and East resulted in screaming matches and a near fistfight. “People will come to our meetings not to argue with each other but to make Kiddush,” Kantor said. But before playing the peacemaker, Kantor responded to the allegation by Besnainou’s supporters that he would not be a strong voice for Israel at the European Union.”I have been an Israeli citizen for 15 years,” he said. “I know how to protect my country better than some people.”