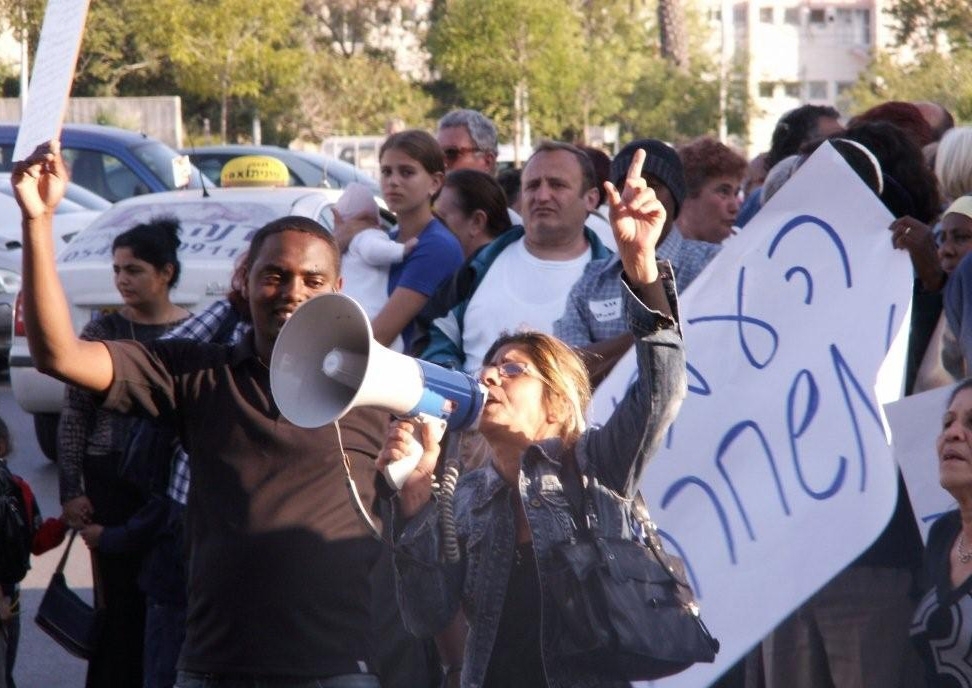 Israeli workers at 2007 rally demonstrated against a welfare-to-work plan that since has been revised and improved. (Courtesy of New Israel Fund)
Advertisement

JERUSALEM (JTA) – Uninformed readers of the general American press these days learn only two things about Israel. One is that it is consumed with war and peace. The other is that this small state of 7 million people deploys – or does not, depending on whom you are reading – the most powerful, homogenous lobby in Washington, bending the American government’s actions to its interests at will.

American Jews know better, of course. The quest for a fair and sustainable settlement to conflict in the Middle East is indeed central, but the peace process is not the only challenge of Israel’s continuing struggle for survival as the state its founders intended it to be.

Important, too, are issues that define Israel as a society, as a homeland for Jews, as a democracy. In the long run these and related topics will contribute as much as military and diplomatic matters to answering the question of whether Israel will survive another 60 years.

Since serving as deputy speaker of the Knesset, I have spent more of my time on what I call the struggle for Israel’s character. As a democracy with a thriving civil society, there is plenty of scope for argument in Israel over issues ranging from minority rights to religious freedom. However, there are also voices of extremism, intolerance and ultranationalism that threaten not just the Israeli ideal of a liberal, democratic state but the very mechanisms that allow us to fiercely debate the issues that will define our future.

For example, the independence of Israel’s High Court, the most important guarantor of rights in a country without a written constitution, is under siege from right-wingers inside and outside the government who would like to subject it to political manipulation.

The struggle to impede the theocratic objectives of religious parties continues, with progressives working hard just to prevent further encroachment on what should be a firm religion-state divide.

Perhaps most important, and difficult, is the growing chasm between Israel’s Jewish and Arab citizens, as some of the former continue to perpetuate de facto inequality, and the latter react with an increasingly radicalized vision of an Israel bereft of any identifying Jewish characteristics.

Moreover, Israel is a country facing increasing socio-economic discrepancies. The widening gap between the prosperous Israeli center and the struggling peripheries in the Galil and Negev was exacerbated by last summer’s war against Hezbollah in Lebanon and the difficult recovery in the North.

Women confront gender rights issues every day, and not just in the Orthodox and Israeli Arab communities. The disgusting parade of Israeli politicians accused and found guilty of sexual harassment and worse is the most visible indicator of a society struggling to overcome serious problems with patriarchy.

These and similar issues constantly, if not always consciously, affect the relations between Israel and world Jewry. The notion of a single-minded American pro-Israel lobby that only reflects the worldview of the American Israel Public Affairs Committee – Walt and Mearsheimer notwithstanding – is ridiculous.

In the next week I will be engaging, along with other Israeli progressive social activists, in a nine-city national conversation sponsored by the New Israel Fund titled “Towards a Progressive Vision for Israel.”

Anyone attending these events for even an hour no doubt would conclude that much of the American Jewish community is to the left of some of its “official” spokesperson organizations, and that this large segment deserves a louder voice on key Israel-related issues.

Achieving a more powerful voice for these Jewish voices in the United States is crucial for two reasons. First, the taboo of criticizing Israel must be broken. The issue is not whether Israel is always right or always wrong, as the current discourse aridly asserts. Rather the question is how to deal constructively and creatively with Israel’s very real problems. The debate about Israel must be reframed.

Second, the majority of Israeli citizens – who have achieved real successes advocating in an open, argumentative, self-critical society – need support from their American counterparts. When the most visible American backers of Israel are the Likud-fellow-traveler Jewish groups and the Christian right, it is almost impossible to counter those powerful and well-financed voices and the retrogressive values they champion.

Americans, whether Jewish or not, deserve more than a sound-bite understanding of what Israel is and where it may be going. Beyond the heartfelt support that most Americans feel for Israel are real dilemmas for the only fragile yet working democracy in the Middle East.

Most Israelis see the threat of religious ultranationalism, minority repression and economic inequity all too clearly. It is time for true democrats in both Israel and the United States to challenge themselves with the reality of Israel in its 60th year: a vibrant, thriving country still striving for ideals not yet attained.

(Naomi Chazan, former deputy speaker of the Knesset, is professor emerita of political science at the Hebrew University of Jerusalem and head of the School of Government and Society at the Academic College of Tel-Aviv-Yaffo. She is a member of the New Israel Fund board of directors.)