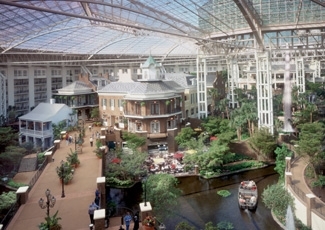 NEW YORK (JTA) – Next week’s annual meeting of the North American network of Jewish charitable federations will focus on how to prop up annual fund-raising campaigns – but delegates should also expect requests for a big boost in funding for overseas causes.

Nearly 4,000 representatives of 155 federations are expected to descend on Nashville next week for this year’s General Assembly of the United Jewish Communities. Many of the workshops at the three-day gathering in the Tennessee capital will focus on practical techniques for stemming the slide in annual campaigns.

The federations’ two main overseas partners – the American Jewish Joint Distribution Committee and the Jewish Agency for Israel – say the drop in campaigns has meant less money for them and cuts in services to needy people in Israel and other countries.

Inflation, the two organizations say, has kept them from being able to keep up with the needs of their overseas recipients. They say the problem has been compounded by the falling dollar, which is causing the cost of supplying services in other countries to skyrocket.

At this year’s General Assembly, which is being held Nov. 11-13 at the Opryland Resort and Convention Center, the JDC and the Jewish Agency are expected to come together to ask federations for an increase of up to $80 million over the next few years.

Over the past year, the national arm of the federations, United Jewish Communities, has moved to implement a new operational strategy aimed at increasing the dollars brought in by the charitable network.

Part of that plan included beefing up its overseas presence and establishing a more active office in Israel to oversee foreign operations. Another feature was establishing a system for federations and the UJC to promote and share best practices.

So while this year’s G.A. will include several big-name speakers, including U.S. Secretary of State Condoleeza Rice, and its share of gala dinners and schmoozing sessions, primarily it will serve as a workshop for learning how to implement the new operational strategy.

“At this stage, I think it is true to say that we do see it as an opportunity to take the operational strategy and make the G.A. a way to talk about implementing it,” the UJC’s president and CEO, Howard Rieger, told JTA. “Too often in the past, these big ventures have been events in and of themselves and not tied to strategy. The fact is that this gives us a launching pad.”

The annual fund-raising campaigns have struggled, but federations are making money in other areas at an unprecedented rate. The federation system has some $12.5 billion in combined endowment assets, which yielded a return of about $1 billion in 2006 and led to the distribution of about $1.2 billion in grants.

These endowments took in $2.4 billion in new gifts in 2006 – $1 billion more than the previous year.

During this fiscal year, the UJC proved it could raise money for emergencies at an impressive clip, taking in approximately $375 million through its Israel Emergency Campaign in the wake of the summer 2006 war in Lebanon.

The JDC and Jewish Agency, however, receive their core budgets from the money that federations bring in through their annual campaigns, with the UJC asking each community for an allocation for overseas initiatives. The overseas partners split the money collected.

According to the recently released Philanthropy 400, the Chronicle of Philanthropy’s annual rankings of the country’s largest charities, the UJC took in $407.7 million from local federations for overseas allocations, including special campaigns, up from $333.8 million the year before.

This dip follows a period of several decades in which federation campaigns often have struggled to keep up with inflation, philanthropy experts say.

JDC and Jewish Agency officials say they are getting an increasingly smaller piece of the total UJC pie to use for their core budgets.

“The decrease in core dollars has been a continuing trend in the system,” the JDC’s executive vice president, Steven Schwager, told JTA. “When I started here in 1989, we got an average of 50 percent of what was collected across the board. Now it is in the neighborhood of 30 to 31 percent.”

With the General Assembly coming this weekend, the leaders of UJC and its two overseas partners seem poised to work together for a solution.

The Jewish Agency and JDC have competed for UJC dollars – a competition that was exacerbated by a short-lived process that forced the organizations to present their needs before the now-defunct Overseas Needs Assessment and Distribution Committee.That process pitted the two organizations directly against each other.

The UJC scrapped that system in 2005 and implemented a temporary agreement providing for a split of overseas dollars – 75 percent to the Jewish Agency and 25 percent to JDC. That agreement ends in 2008.

In an effort to avoid another rivalry between the two organizations, Jewish Agency and JDC officials have started meeting to discuss how much money both will need from the UJC in the coming years.

Pearlstone says the Jewish Agency will need about $40 million more over the next couple of years; sources close to JDC say that organization will need roughly the same.

The two organizations will sit down Monday with UJC leaders at the General Assembly to discuss the issue.

“JDC and JAFI are our partners,” UJC chair Joe Kanfer told JTA. “If we are going to do this, we will need to do this as a team.

“They are asking us for more money, and of course they want more money because they have more needs. We are convening and asking how together we might raise more money.”