How Will Obama’s Election Affect Israel? 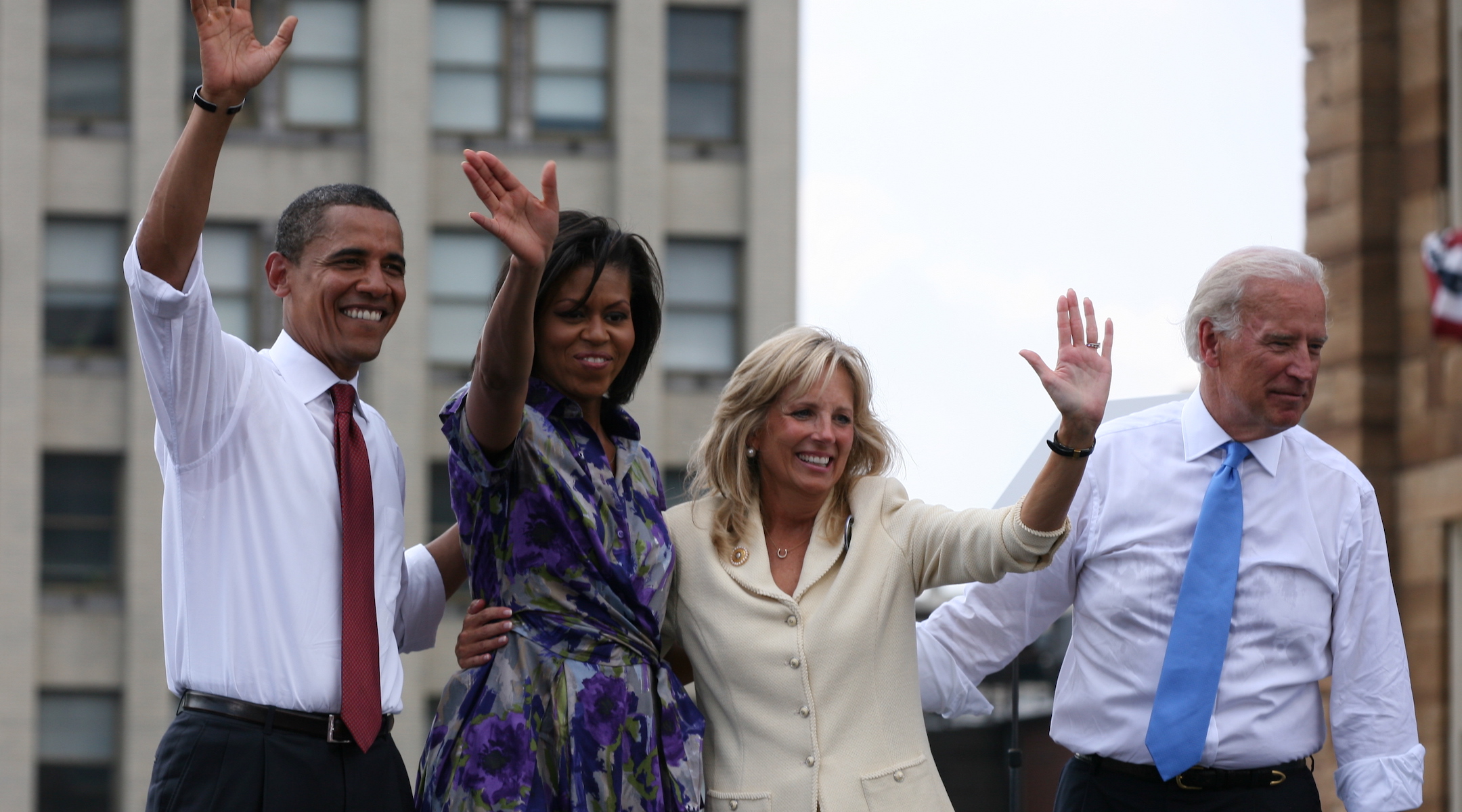 With Israel in the throes of its own election campaign, pundits also are asking how America’s choice of Obama could affect voters here in February, when Israel holds general elections for Knesset and prime minister.

The major Israeli foreign policy concern is that Obama, who says he favors negotiations with Iran, might begin talks with Iranian leaders without preconditions. Israeli Foreign Minister Tzipi Livni says this would be interpreted as a sign of weakness and send Tehran the wrong message that it can build a nuclear weapon with impunity.

The Israeli fear is that if there are no preconditions, Tehran simply will use talks with the United States as a smokescreen to continue its drive toward nuclear weapons unhindered. The Israeli government believes no talks should be launched unless the Iranians agree to a verifiable suspension of their uranium enrichment program. At the very least, talks would ensure a delay in Iran’s nuclear plans.

After intensive policy-planning sessions on the implications of Obama’s victory, the Foreign Ministry decided Wednesday to send seasoned Israeli diplomats to Washington to urge members of the president-elect’s inner circle to insist on the uranium suspension precondition and to tighten sanctions against Iran if it balks.

The Israelis are confident this effort could bear fruit, pointing out that like them, Obama is determined to prevent Iran from going nuclear. They say any possible differences are over tactics alone.

Still, a more general fear among some Israelis is that Obama may try to improve America’s battered standing in the Muslim world by forcing Israel to make concessions to the Palestinians.

Foreign Ministry officials insist that nothing so far would indicate anything like that happening. Still, Livni issued what appeared to be a veiled appeal to Obama.

“The world,” she said, “should respect the current peace process and not expect Israel to make shortcuts that could undermine its basic interests.”

If changes are made in U.S. policy on the Palestinian track, Israeli officials do not expect them to come soon. In the short term, they say, the new Obama administration will be focused on the global economic crisis. After that, other issues such as Iraq, Afghanistan and mending fences with the Russians will take precedence over the Israeli-Palestinian conflict.

Obamaâ€™s election may make the most difference on the Israeli political scene.

His victory over Republican John McCain doesn’t seem to augur well for the conservative Likud leader, Benjamin Netanyahu, who is leading in some polls in the race for prime minister. When Netanyahu was prime minister from 1996 to 1999, there was no meeting of the minds between the hawkish Israeli leader, who was determined to hold onto parts of the West Bank he viewed as vital Israeli assets, and a Democratic administration in Washington determined to stabilize the Middle East by achieving a historic Israeli-Palestinian peace agreement.

Some pundits have argued that the friction between Netanyahu and President Clinton was one of the main factors that eventually cost Netanyahu the premiership.

Livni, the Kadima Party leader and Netanyahu’s main rival in the race to succeed Ehud Olmert, already is warning that if Netanyahu becomes prime minister again, Israel and the Obama administration could be on a similar collision course.

“If Israel presents itself as a country that opposes any peace process, then the world, led by the U.S., will try to force a process on it, she told the Knesset Wednesday. â€œJust saying no has never helped Israeli diplomacy.

Netanyahu rejects these arguments out of hand. In an open letter congratulating Obama published in the Israeli daily Yediot Achronot, Netanyahu says he and Obama have a good working relationship and that it was after the two met in Washington that Obama submitted a bill to Congress to tighten sanctions on Iran. Netanyahu also said that in their July meeting in Jerusalem, Obama “showed interest in my plan to advance peace with the Palestinians through economic peace first.”

Obama’s election also could prompt Israelis concerned about possible pressure from Washington to gravitate toward Netanyahu, who is likelier to stand up to the U.S. administration.

Livni is presenting herself as the candidate for prime minister most likely to share a common language with Obama. Both would be vigorous first-time leaders dedicated to newer, cleaner politics based on pragmatic, middle-of-the road solutions.

She toured the beleaguered Israeli town of Sderot with Obama in July and said she saw a man “committed to Israel’s well-being and security.” In their meetings, Livni said Obama showed a deep understanding of Israel’s positions and needs, including on why Israel cannot accept the return of Palestinian refugees to Israel.

Defense Minister Ehud Barak, the Labor leader and the third major-party candidate for prime minister, is seeking to portray himself as one who would be able to work with Obama on the basis of their mutual quest for regional stability. But Barak would like to see the Obama administration shift its Arab-Israeli focus from the Palestinian to the Syrian track, where he believes the chances of success and strategic gains are greater.

Barak and other promoters of the Syrian track believe it will take significant U.S. economic and political inducements to persuade Syria to break with its sponsor in Tehran, and they believe Obama might be willing to make commitments the Bush administration would not. So do the Syrians, who expressed jubilation at Obama’s victory.

During the campaign, Obama indicated he would support Israel-Syria talks but did not discuss the scope of that support or suggest it would displace U.S. focus on pursuing an Israeli-Palestinian deal.

Of the three contenders for prime minister, only Netanyahu seems vulnerable to attack on the basis of incompatibility with the new U.S. administration. The question is how much his rivals will be able to exploit this as Israel, unlike the United States, appears to be turning politically to the right.