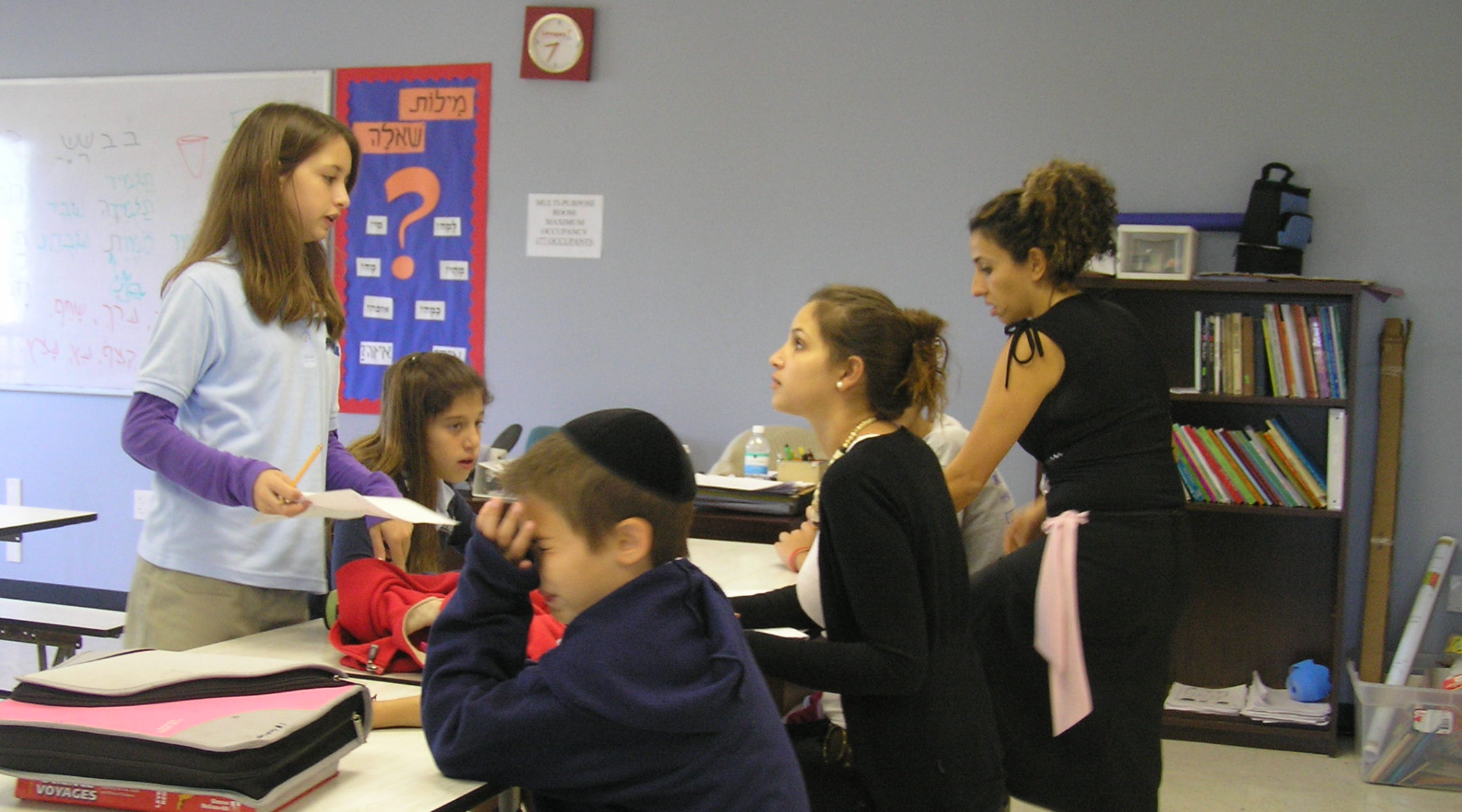 NEW YORK (JTA) — The Yeshiva Elementary School, a fervently Orthodox institution in Miami Beach, Fla., with about 450 students, was in dire straits in late 2008. It was behind on payroll, in significant debt and facing financial collapse.

So its administration contemplated taking what would have been a revolutionary step: splitting the school for grades K-8 into two distinct institutions — one for religious studies, one for secular studies. Like most Jewish day schools, Yeshiva Elementary had a dual curriculum encompassing both spheres of study.

Under the proposed plan, secular subjects would be taught in a publicly funded charter school that would be open to students of all religious backgrounds. Jewish studies would be taught later in the day at an off-site, private supplementary school.

In tough times, the plan could reduce overall operating costs passed on to the parents by hundreds of thousands of dollars, and school officials said that a respected rabbinic authority had granted them a heter, or religious exemption, to pursue the charter school option. But when the administration brought the proposal to its parent body, the idea triggered vehement objections — and opponents, who were urged on by at least one local synagogue, lined up several prominent rabbis to speak out against the idea.

The opponents “had a meeting and came up with a ruling that it should not be done,” said one school official who did not wish to be identified. “We are not planning to go against the gedolei yisroel,” or leading sages.

Though the plan was shot down, the very fact that an institution like Yeshiva Elementary — a school on the far right of the religious spectrum — would even consider such an option underscores the scope and urgency of the financial challenges facing the Orthodox world as it attempts to maintain its decades-old commitment to universal day school education. And it also reflects the growing willingness of some parents and school officials to consider more affordable alternatives.

For several years some have pushed charter schools, which receive government funds but are exempt from many regulations, as an alternative for Jewish children outside the Orthodox world. The Ben Gamla Hebrew Charter School, for example, generated headlines and debate when it opened in 2007 in Hollywood, Fla., pledging to teach Hebrew and Jewish history and culture, but not religion. In New York, a group backed by philanthropist Michael Steinhardt and others recently gained approval to open a charter school in Brooklyn and now plans to seek approval to open similar schools elsewhere.

But charter schools have long been a tough sell for those, especially in Orthodox circles, who are wary of sending their children to school with non-Jewish children or too many Jewish children from irreligious households. And there is the issue of the curriculum: Many Orthodox parents and educators do not see Hebrew language studies as a satisfactory alternative to Jewish and biblical instruction.

So even though the Ben Gamla school offers supplementary Jewish studies outside of its state-sponsored course load, many Orthodox families in the area have never seen it as an alternative to day schools.

“No one wants in dealing with the tuition crisis to water down Jewish education,” Rabbi Kenneth Brander, the dean of the Yeshiva University Center for the Jewish Future in Manhattan, told JTA. “But you are finding for the first time a whole bunch of organizations across denominational lines in the Jewish community all focused on this.”

Indeed, JESNA and the Lippman Kanfer Institute recently published a 47-page study on how day schools could cut costs. The survey, which was developed in conjunction with a number of organizations and institutions, including Yeshiva University, also suggested several alternatives to day schools — among them charter schools.

Rabbi Saul Zucker, the director of the Orthodox Union’s Department of Day School and Educational Services, was set to spend the first few days in March in Florida consulting with some of the founders of the Ben Gamla school to see if there was a way to adapt the model to better serve the Orthodox.

In some areas, an increasing number of Orthodox parents are openly advocating for some way to integrate their students into the public school system.

In late February, several hundred parents attended a meeting in Englewood, N.J., to discuss creating a Hebrew immersion program within the town’s public school system that could open as soon as the 2009-10 school year. And in the Five Towns of Long Island, N.Y., a heavily Jewish area, Orthodox parents are mulling the creation of a supplementary school system, according to Marvin Schick, the senior consultant to the Avi Chai Foundation, which has spent millions of dollars helping to seed and expand day schools.

But such ideas are still likely to be a tough sell in the Orthodox community, especially on the furthest right edge of the spectrum — as evidenced by the quick kibosh put on the Yeshiva Elementary proposal.

From the beginning, the haredi establishment has given charter schools the resounding thumbs down.

“We are not pro-charter schools. They are not replacements for a yeshiva education, and anyone who can imagine they could be are fooling themselves,” the spokesman for the fervently Orthodox group Agudath Israel of America, Rabbi Avi Shafran, told JTA. “There is no end around the fact that Jewish education is a Jewish education and that can only happen in a Jewish institution with a Jewish curriculum. And because our nation does not permit religious instruction in public schools, there is no way to avoid the need that Jewish parents have for yeshivas.”

Agudath Israel, rather, is advocating that the Jewish community see day school and yeshiva education as a communal responsibility and that philanthropists large and small step up to help make it more affordable. In addition, Agudah has been a fierce proponent of school vouchers, with the hopes of providing new streams of revenue that could be used to reduce tuition costs.

Nicki Salfer, a consultant on the Yeshiva Elementary project who also runs charter schools in Cleveland and Miami serving homebound, hospital-bound and special needs children from religious families, has seen firsthand the reluctance of the haredi community to consider charter schools.

Five years ago Salfter started Virtual Schoolhouse, her charter school in Cleveland, specifically to help Jewish special needs children, securing the cooperation of every local Jewish day school. The school, which now educates 500 students in total, once boasted 300 Jewish ones, but the figure has dropped to 100 because “a lot of the parents decided that they didn’t want their kids with non-Jewish kids,” she said.

“They are desperately afraid of something like this and losing control of the secular education, and being forced to teach evolution and sex ed, the standard stuff you learn in a public school,” she said.

Getting involved in the process at Yeshiva Elementary, she added, felt like she had “walked into a war zone.”

Though many parents supported the charter school initiative, other Yeshiva Elementary parents were so concerned that they immediately raised upwards of $100,000 to help the school become financially solvent, at least temporarily.

“They don’t understand that we do have control over the education” at charter schools, Salfer said. “We just have to follow state standards, as does any state school. They have this perspective and they are wrong, and it will take a long time to change that perspective.”