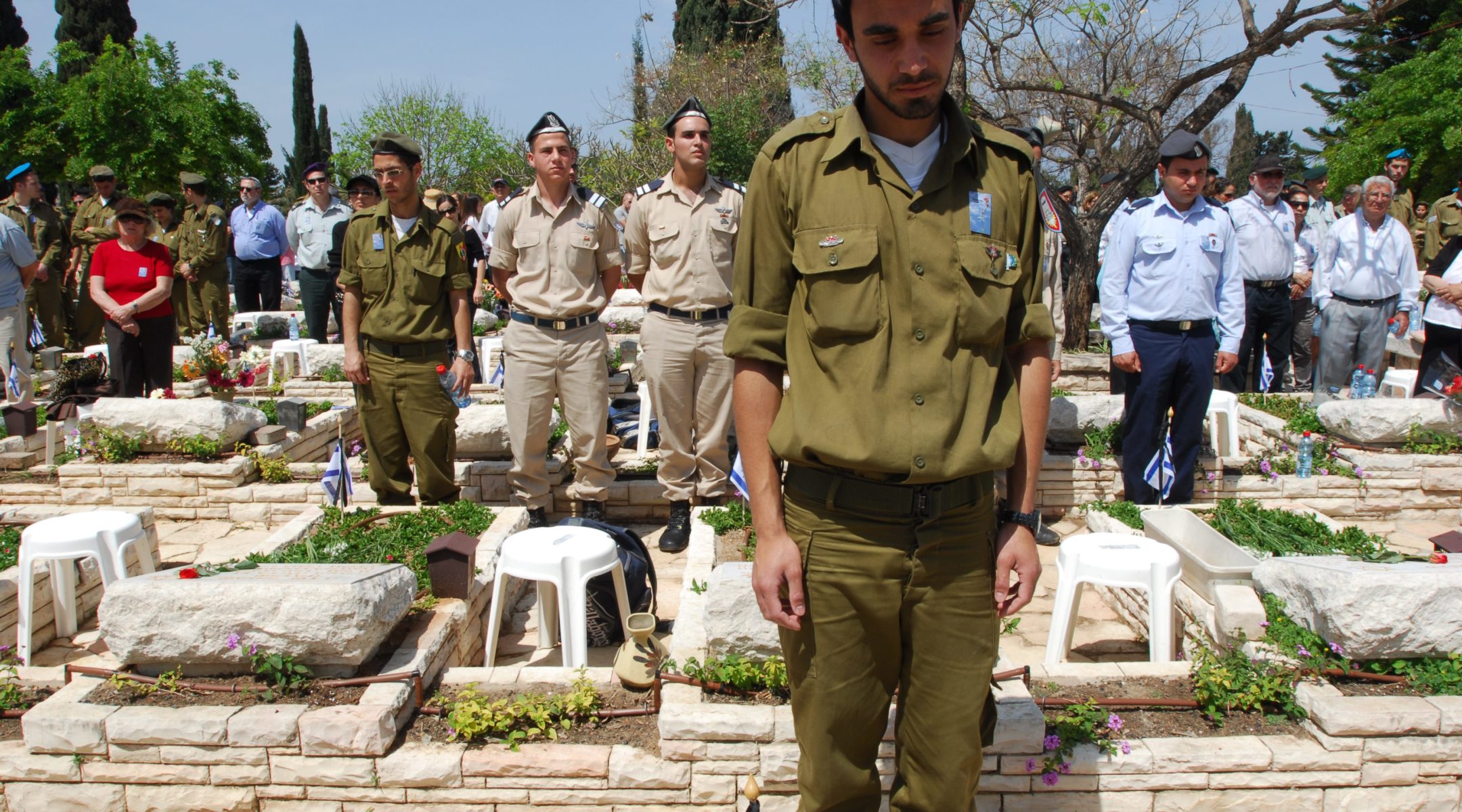 JERUSALEM (JTA) — Israel began its Memorial Day observance with a one-minute siren and the lighting of a memorial flame at the Western Wall.

Memorial Day began Monday night with a national ceremony at the Wall. President Shimon Peres and the widow of the last soldier to be killed in action in Gaza, Yehonatan Netanel, lit the memorial flame. Ceremonies are scheduled to be held across Israel in communities and in military cemeteries.

“A thousand words will not dampen the pain shown in your eyes,Peres said to the bereaved families gathered at the ceremony. “This is a pain that has accompanied you for years.”

Peres said that Israel’s existence is still threatened, adding, “We don’t want war, but if it is forced upon us, I advise both our friends and enemies to be on the right side, on our side, on the side that has always prevailed and will prevail.”

Some 133 soldiers and civilians died in the last year due to military service or terrorist attack, according to the Defense Ministry. The dead include 10 soldiers killed during Israel’s military operation in Gaza and a Bedouin soldier killed in an explosives attack near the Gaza border.

Civilian dead include three Israelis killed when a Palestinian worker went on a rampage in a bulldozer in Jerusalem, and three killed in rocket attacks from Gaza.

A total of 22,570 men and women have been killed defending the land of Israel since 1860, the year that Jews began settling outside the secure walls of Jerusalem, the Foreign Ministry reported.

“The price we have paid and are still paying to live in this country is heavy,” he said, vowing later to “complete the circle of peace” with the rest of the Jewish state’s neighbors in the region.

Memorial ceremonies will continue Wednesday in 43 military cemeteries beginning with a two-minute siren at 11 a.m. An Israeli flag with a black ribbon along with a memorial candle are placed on the grave of every Israeli who fell in battle.

At sunset Wednesday, Memorial Day ends and Israel’s Independence Day begins with the raising of the Israeli flag to full mast and the lighting of 12 torches in a national ceremony on Mount Herzl.