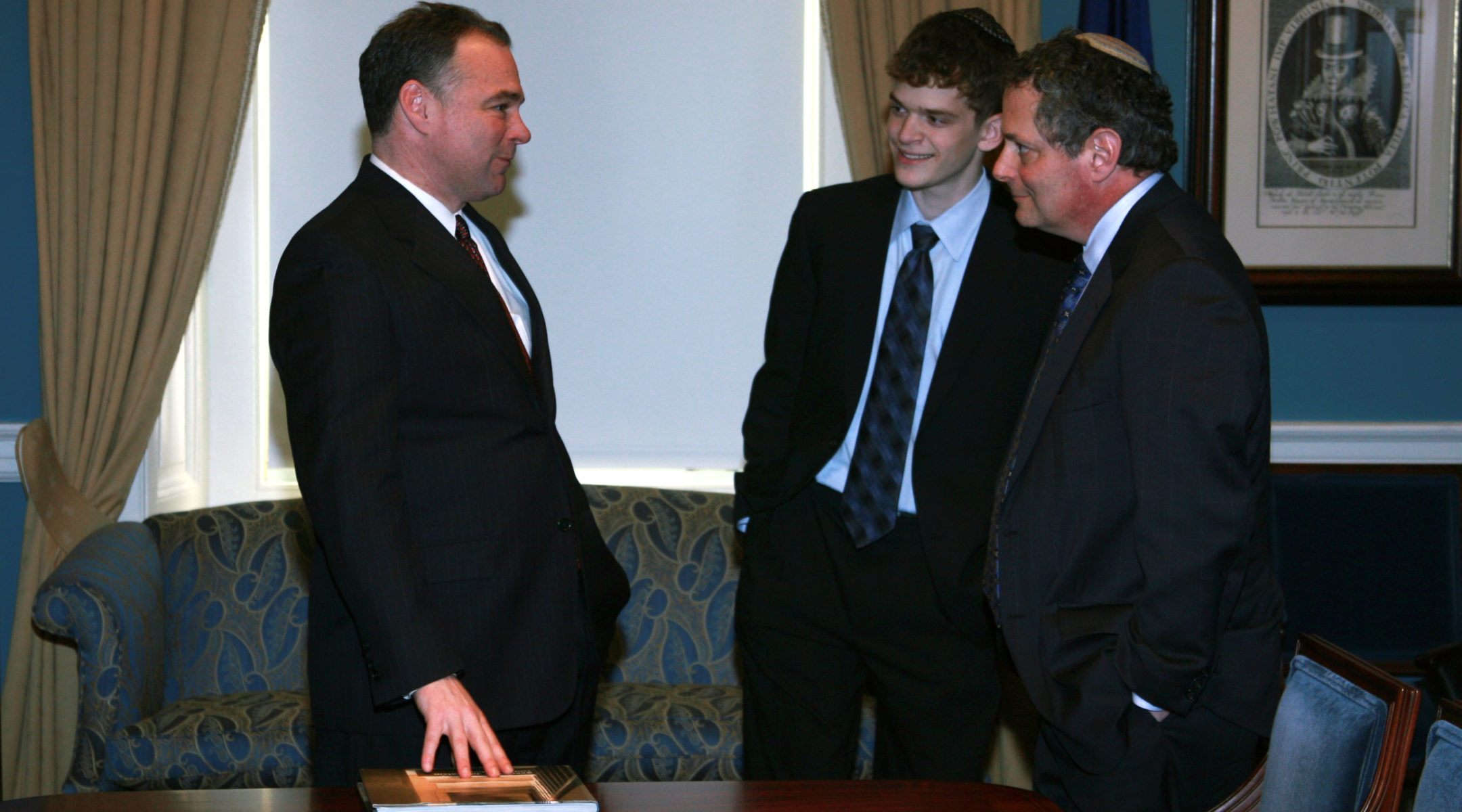 WASHINGTON (JTA) — It’s not an actual office and the staff consists of only two part-time volunteers, but after years of talking, the Conservative movement is finally taking steps to establish a presence in the nation’s capital.

The movement’s Rabbinical Assembly has selected two Washington-area rabbis to head up its advocacy efforts, tapping Rabbi Jack Moline as the organization’s director of public policy and Rabbi Stuart Weinblatt as director of its Israel Advocacy Office.

Both come to their new posts with virtually no learning curve — they are media savvy, well versed on the key issues and already have built relationships with a number of key D.C. players because both have been advocating as individual pulpit rabbis for two decades.

“It’s an extension of the work I’ve been doing for a number of years,” said Weinblatt, the spiritual leader at Congregation B’nai Tzedek in Potomac, Md., who has been a frequent leader and speaker at community pro-Israel rallies in Washington.

Joking that he’d be fitting in the job “between 2 to 4 in the morning,” he emphasized that “when something is important, you find time to do it.”

Moline, the leader of Agudas Achim Congregation in Alexandria, Va., has been pushing for a stronger Conservative movement voice in public policy debates. He participated in events and discussions at the Democratic National Convention last summer dealing with the intersection of religion and politics.

“I am very glad to see us doing officially what we’ve been doing in our various communities,” Moline said.

The recent appointments represent a groundbreaking move for the Conservative movement, but also underscore the degree to which it has lagged behind other denominations.

For nearly half a century, the image of a Conservative rabbi — Abraham Joshua Heschel — marching with the Rev. Martin Luther King Jr. has served as the iconic image of rabbinic political activism, but it’s the Reform and Orthodox synagogue movements that have carried the political mantle in Washington.

The Religious Action Center of Reform Judaism, which opened its Washington office more than 40 years ago, has 10 staffers working on legislative issues. The Orthodox Union’s decade-old headquarters here has four legislative staffers.

Rabbi Julie Schonfeld, the incoming executive vice president of the Rabbinical Assembly, said that establishing a Washington presence is one of her priorities because she believes being a part of the public policy debate is a selling point for Conservative Judaism.

“We live in a time when people are questioning what these denominations are all about,” she said. “This is part of a vision of what it means to have a vital movement.”

The Orthodox Union’s director of public policy, Nathan Diament, said that he saw the RA move as a “giant step forward” for the Conservative movement — and had already scheduled a lunch meeting with Moline for this week.

“I know they’ve been talking about it for a very long time,” Diament said, adding that Conservatives would have to “find their niche to make their unique contribution to the public policy debate,” adding that he looked forward to working with the group on issues where they agree.

Moline said that his first task is to go through the many public policy resolutions that the RA has passed over the years to see exactly where the organization stands and “set some priorities.” Weinblatt said he had started the same process on Israel-related issues.

“The goal is to take issues on which the RA has taken a stand and bring a unique perspective from the point of view of Conservative Judaism,” Moline said.

The congregational arm of the movement, the United Synagogue of Conservative Judaism, in the past has attempted to wade into the public policy arena — a staffer based in New York spent time working on Washington public policy matters, then the public policy portfolio was given to the director of the organization’s D.C.-area regional office — but never made much of a ripple.

The outgoing United Synagogue executive vice president, Rabbi Jerome Epstein, said his organization learned about the Moline and Weinblatt appointments “the same time you did,” but added that he hoped and expected the rabbis to “find ways to include other parts of the movement.”

That is the goal, Schonfeld said.

“This has been something our members have been calling for for a long time,” Schonfeld said. “There’s a hunger for this.”