Obama in Cairo: See conflict through eyes of the other 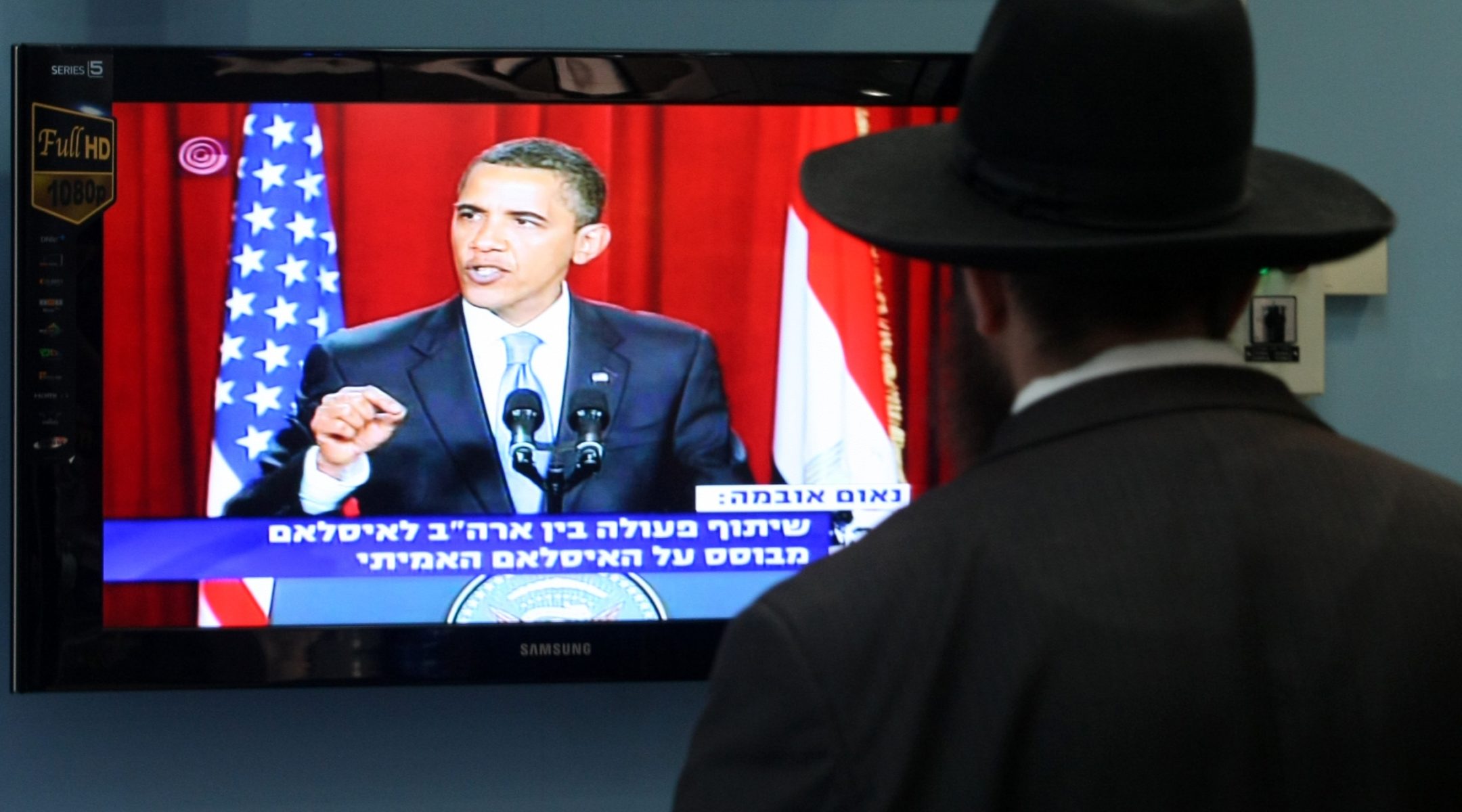 (JTA) — Reiterating his call for a two-state solution to the Israeli-Palestinian conflict, President Obama called on each side to see the conflict through the eyes of the other.

In a wide-ranging address Thursday in Cairo that touched upon America’s history with Muslims, the U.S. wars in Iraq and Afghanistan, nuclear proliferation, and the need for democracy, religious freedom and women’s rights in the Muslim world, Obama identified the Israeli-Arab conflict as a source of major tension.

The president staked out no new ground on the issue — repeating his call for Israel to freeze settlement construction and for the Palestinians, including Hamas, to put and end to violence and recognize Israel’s right to exist — but the speech gave Obama an opportunity to convey the new administration’s positions directly to the world’s Muslim public, to whom the speech was addressed.

The president also called Holocaust denial hateful, rejected conspiracy theories about the 9/11 attacks and said the Arab-Israeli conflict should not be used to distract Arab people from other problems.

“For decades, there has been a stalemate: two peoples with legitimate aspirations, each with a painful history that makes compromise elusive,” he said. “It is easy to point fingers — for Palestinians to point to the displacement brought by Israel’s founding, and for Israelis to point to the constant hostility and attacks throughout its history from within its borders as well as beyond. But if we see this conflict only from one side or the other, then we will be blind to the truth: The only resolution is for the aspirations of both sides to be met through two states, where Israelis and Palestinians each live in peace and security.”

Obama also recalled the enslavement, torture and killing of 6 million Jews by the Third Reich and said that denying those facts is “baseless, ignorant and hateful.”

Mentioning the Arab Peace Initiative, which offers Israel recognition by the entire Arab world in exchange for Israel’s return to its pre-1967 borders and a just settlement of the Palestinian refugee issue, Obama said: “The Arab states must recognize that the Arab Peace Initiative was an important beginning, but not the end of their responsibilities.”

He said, “The Arab-Israeli conflict should no longer be used to distract the people of Arab nations from other problems. Instead, it must be a cause for action to help the Palestinian people develop the institutions that will sustain their state; to recognize Israel’s legitimacy; and to choose progress over a self-defeating focus on the past.”

On the issue of Iran, rather than issuing a unilateral call for ending its nuclear program, Obama said, “It is clear to all concerned that when it comes to nuclear weapons, we have reached a decisive point. This is not simply about America’s interests. It is about preventing a nuclear arms race in the Middle East that could lead this region and the world down a hugely dangerous path.”