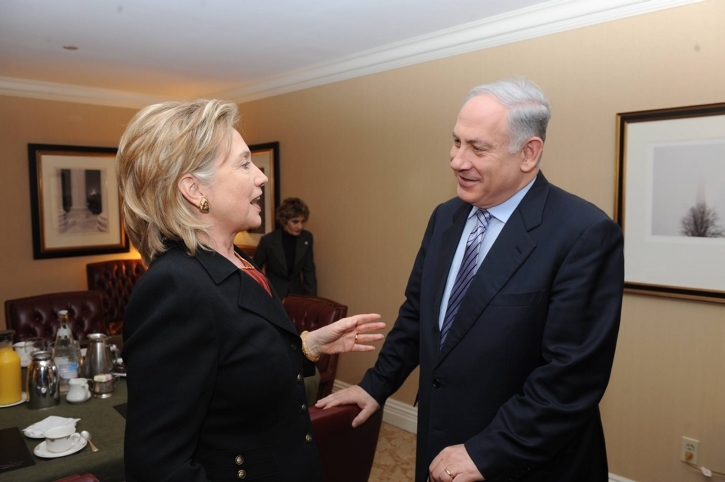 WASHINGTON (JTA) — The Obama administration is projecting a new attitude when it comes to Israel, and is selling it hard: unbreakable, unshakeable bond going forward, whatever happens.

Jewish leaders have kicked the tires and they’re buying — although anxious still at what happens when the rubber hits the road.

“It’s a positive development,” Alan Solow, the chairman of the Conference of Presidents Of Major American Jewish Organizations, said of the recent Jewish outreach blitz by the administration. “There are two questions, though, that will only be answered over time: Will the outreach be sustained, and will the policy be consistent with the positions being expressed in the outreach?”

Tensions between the administration and Israel were sparked in the first week of March, when Israel announced a major new building initiative in eastern Jerusalem during what was meant to be a fence-mending visit by Vice President Joe Biden. Biden’s rebuke of Prime Minister Benjamin Netanyahu during the trip was followed up by a 45-minute phone berating by Secretary of State Hillary Rodham Clinton, and then statements by senior administration officials that the announcement had been an affront.

That in turn spurred pained howls of protest by top Jewish figures saying that while Netanyahu indeed had blown it, the backlash should have ended with Biden’s rebuke. Worse, opinion makers in Washington had seized on a paragraph in 56 pages of Senate testimony last month by Gen. David Petraeus in which the Central Command chief said that one of many elements frustrating his mission in the Middle East was the Arab-Israeli peace freeze.

The turning point, Solow said, was the letter he received April 20 from President Obama.

“Let me be very clear: We have a special relationship with Israel that will not be changed,” Obama wrote. “Our countries are bound together by shared values, deep and interwoven connections, and mutual interests. Many of the same forces that threaten Israel also threaten the United States and our efforts to secure peace and stability in the Middle East. Our alliance with Israel serves our national security interests.”

Whatever the case, the letter was only one element in a blast of Israel love from the administration, including speeches by David Axelrod, Obama’s chief political adviser, at the Israeli Embassy’s Independence Day festivities, and to the National Jewish Demoratic Council; Clinton to the Center for Middle East Peace last week and to the American Jewish Committee this week; Petraeus, keynoting last week’s U.S. Holocaust Memorial Museum’s commemoration at the U.S. Capitol; Rahm Emanuel, the White House Chief of Staff, meeting recently with a group of 20 rabbis; Jim Jones, the national security adviser, last week at the pro-Israel think tank, the Washington Institute for Near East Policy; and Jones’ deputy, Daniel Shapiro, addressing the Anti-Defamation League next month.

The main theme of the remarks is, as Jones put it,  “no space — no space — between the United States and Israel when it comes to Israel’s security.”

Petraeus especially seems to have developed a second career keynoting Jewish events. He also spoke recently at the 92nd Street Y in New York and is addressing a Commentary magazine dinner in June.

Much of his Holocaust address, naturally, concerned itself with events of 65 years ago, but he couldn’t help wrenching the speech back into the present tense to heap praise on Israel.

Speaking of the survivors, he said, “They have, of course, helped build a nation that stands as one of our great allies.”

The blitz also has assumed at times the shape of a call and response. After the initial “crisis,” a number of Jewish groups wondered why the administration was making an issue of Israeli settlement and not of Palestinian Authority President Mahmoud Abbas’ refusal to renew talks until Israel completely froze settlement building and of continued incitement under Abbas’ watch.

In fact, the administration repeatedly warns against any preconditions and has made a consistent issue of Palestinian incitement, but Clinton appeared to get the message that the message hasn’t been forceful enough.

“We strongly urge President Abbas and his government to join negotiations with Israel now,” she told the Center for Middle East Peace on April 15. She also called on the Palestinian Authority to “redouble its efforts to put an end to incitement and violence, crack down on corruption, and ingrain a culture of peace and tolerance among Palestinians.”

Jewish leaders also were wounded by what they saw as a dismissive attitude to Israel’s contributions to the alliance.

“It is Israel which serves on the front lines as an outpost of American interests in a dangerous part of the world,” Lee Rosenberg, the American Israel Public Affairs Committee president, said April 14 at Israel’s Independence Day celebrations. “Israel’s military expertise and the intelligence they share with us helps the United States remain on the offense against those who seek America’s destruction in some of the darkest and most difficult places on the planet.”

“I can also say from long experience that our security relationship with Israel is important for America,” Jones said. “Our military benefits from Israeli innovations in technology, from shared intelligence, from exercises that help our readiness and joint training that enhances our capabilities and from lessons learned in Israel’s own battles against terrorism and asymmetric threats.”

The feel-the-love show extends to Israelis as well, a marked change from the no-photos snub Netanyahu received when he met at the White House with Obama in late March.

Defense Secretary Robert Gates rolled out the red carpet for his Israeli counterpart, Ehud Barak, on Tuesday, a signal that the sides are coordinating closely on Iran containment policy. And when the Israeli defense minister met at the White House with Jones, Obama dropped by Jones’ office to chat informally — a signal that presidents have traditionally used to underscore the closeness of a relationship.

Furthermore, the administration is not limiting its message to Jewish audiences. Susan Rice, the U.S. ambassador to the United Nations, spoke last week to the Arab American Institute and made points that essentially were the same as Clinton’s when she addressed the Center for Middle East Peace.

“Our position remains clear: We do not accept the legitimacy of continued Israeli settlement activity,” Rice told the Arab American group. “Israel should also halt evictions and demolitions of Palestinian homes.  At the same time, the Palestinian Authority should continue to make every effort to ensure security, to reform its institutions of governance, and to take strong, consistent action to end all forms of incitement.”

Differences remain — like Rice, Clinton has emphasized that the Obama administration is not about to let the settlements issue go. More subtly, Obama is not going to concede in his overarching thesis of a “linkage” that has been repudiated by Israel and its defenders here: that Arab-Israeli peace will make it much easier to secure U.S. interests in the region.

“For over 60 years, American presidents have believed that pursuing peace between Arabs and Israelis is in the national security interests of the United States,” Obama said.

That’s essentially true — Obama’s predecessor, George W. Bush, made the same point multiple times, but not with the doggedness and emphasis of Obama.

Jewish leaders said they would closely watch the aftermath of next month’s visit to Washington by Abbas, when the sides are expected to announce the resumption of talks. The nitty-gritty of the talks may yet derail the new good feelings; how that works depends on communications, said William Daroff, who heads the Washington office of the Jewish Federations of North America.

“This charm offensive is part of a prefatory way of setting up the communications so that when we get to proximity talks we will all move forward instead,” he said.

Critical to that success was listening, said Nathan Diament, who heads the Orthodox Union’s Washington office.

“Too many of the tensions of the past months have been generated by a lack of communication,” Diament said. “But just as important is for the administration to talk with, not just at, the community. The president benefits from having more input inform his policy choices.”