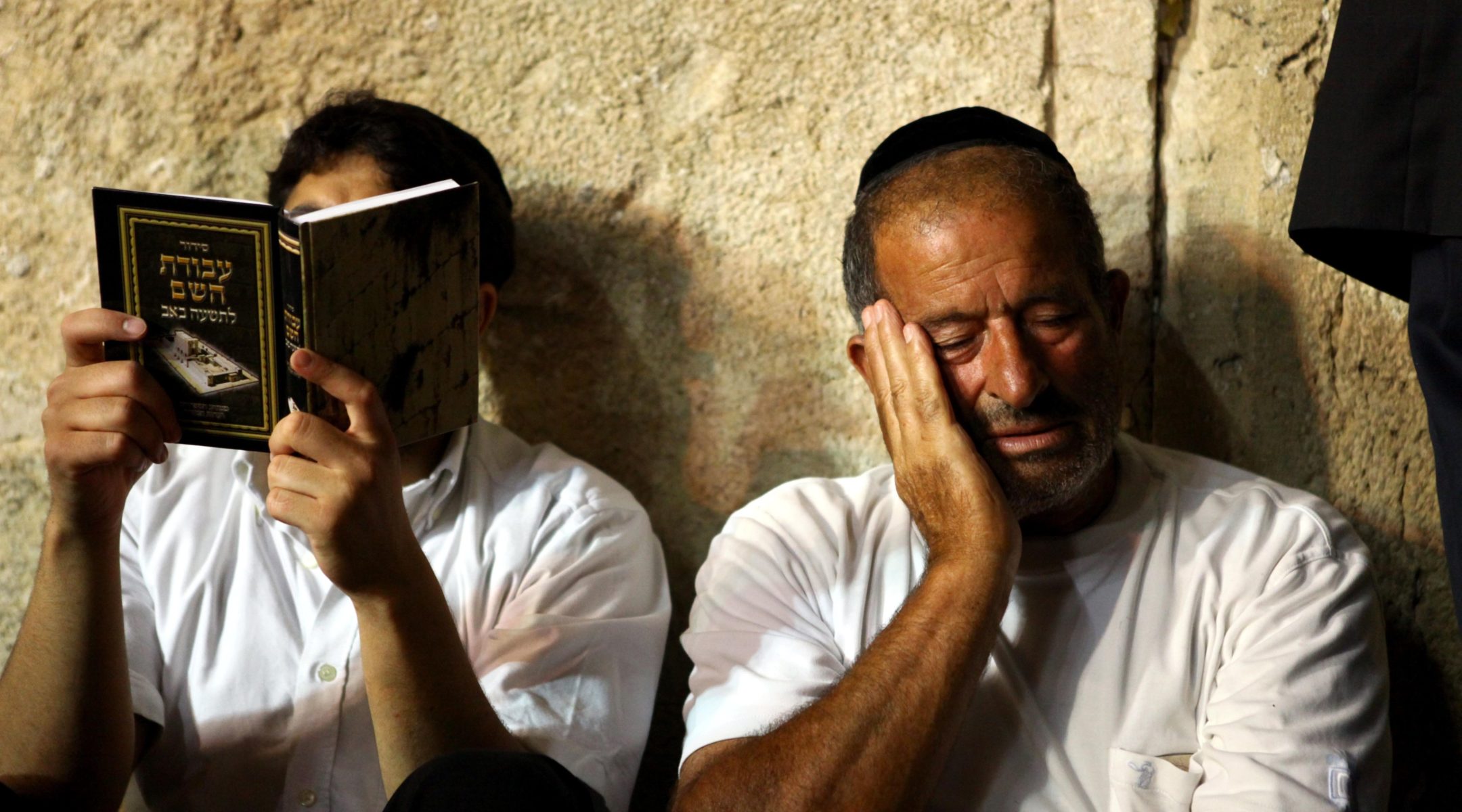 Sitting on the ground by custom, thousands of Jews recited the Book of Lamentations in Jerusalem's Old City on Tisha B'Av to commemorate the destruction of the two Holy Temples in ancient Jerusalem, July 19, 2010. (Abir Sultan / Flash90 / JTA)
Advertisement

JERUSALEM (JTA) — Israelis flocked to Jerusalem’s Old City to observe Tisha B’Av, the fast day that commemorates the destruction of the Holy Temple.

A new poll released before Tisha B’Av showed that some 22 percent of Israelis would fast on the day and another 52 percent would refrain from going out with friends.

The Ynet-Gesher poll surveyed 505 Hebrew-speaking Jewish Israelis. It has a margin of error of 4.4 percent.

Jewish tradition says that the Temple was destroyed because of baseless hatred; the poll asked which groups are the most hated in Israeli society. Fifty-four percent of respondents answered Arabs, 37 percent named the haredi Orthodox, 8 percent religious and 1 percent Tel Avivians.