‘Terrorist Cop’ offers his memoirs and a safety manual 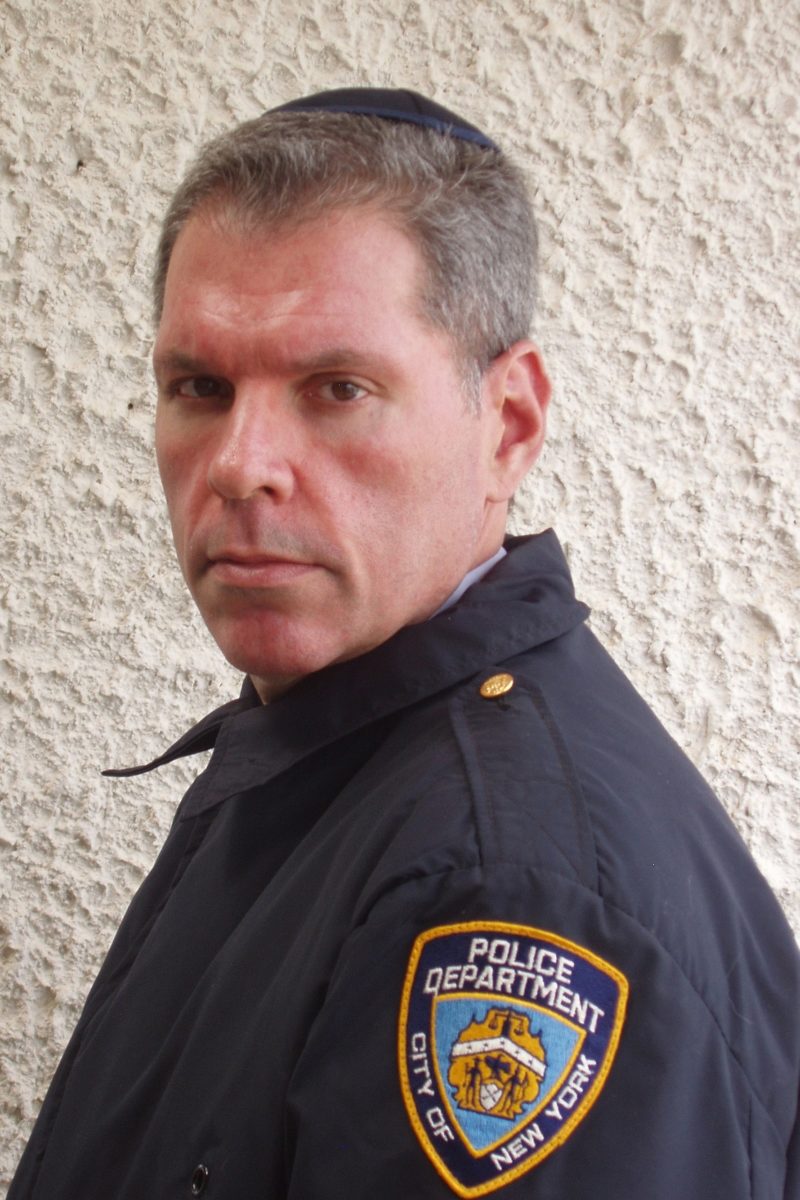 Retired New York cop Mordecai Dzikansky in his book on how to deal with terror threats says that "People have to take responsibility for their own protection." (Courtesy of Suzanne Henry)
Advertisement

NEW YORK (JTA) – In the 25 years that Mordecai Dzikansky worked as a homicide detective and intelligence officer for the New York Police Department, he risked his life every day to keep others safe.

Dzikansky, who became a cop in 1983 and retired recently, was among the few Orthodox Jews ever on the force.

The son of a rabbi from Brooklyn, he eventually rose through the ranks to become an expert in global terrorism and the NYPD’s representative in Israel.

Dzikansky is also the author of a new book about his experience, “Terrorist Cop: The NYPD Jewish Cop Who Traveled the World to Stop Terrorists.”

“I am in awe of the comparison, but I don’t consider myself to be the Jewish Jack Bauer,” Dzikansky says. “We both are counterterror officers, but that’s about it.”

Dzikansky, 48, says he felt compelled to write the book after discovering in his retirement that stories of his unusual service dominated every conversation with people he’d meet.

Until the attacks of Sept. 11, 2001, Dzikansky was a homicide detective known in New York’s Jewish community for his role on the NYPD Torah Task Force, which recovered stolen Torahs in the New York area. But after the terrorist attacks, his job took a radical turn.

Given the multiple intelligence and security failures before and on 9/11, the NYPD decided in 2002 that it could not rely solely on federal agencies to prevent terror attacks in the city. So Police Commissioner Raymond Kelly created a counterterrorism office within the police.

At first the work was an “uphill climb, if only because almost all of the NYPD’s resources until then had been utilized to deal with conventional crime,” Dzikansky writes in his book.

The new NYPD Counter Terrorism Bureau deployed several officers in overseas hot spots to gather intelligence about developing terrorist threats. Dzikansky was assigned to Israel, which was experiencing a wave of terrorist attacks in the early days of the second intifada. A fluent Hebrew speaker with a background in intelligence, he joined Israeli police officers in their counterterrorism work, including investigating the sites of terrorist attacks.

Becoming accustomed to a new country and workplace — not to mention going to the sites of countless bloody bombings — wasn’t easy. Even harder, Dzikansky says, was keeping the calm in his household; he brought his wife and three young children with him to Israel.

While his Israeli colleagues could regain their composure shortly after the attacks, it took time for Dzikansky to adjust this character trait of Israeli resilience. The gruesome scenes of terrorism he witnessed would leave an indelible mark on his psyche — Dzikansky developed PTSD, or post-traumatic stress disorder.

It’s a common phenomenon among security officers with similar roles.

“It screwed me up,” Dzikansky says. “The Israelis are used to it. Terror is a word in their vocabulary.”

Still, he quickly became an expert on terrorism. Dzikansky visited the sites of terrorist attacks all over the world, from Moscow and Madrid to the bombing of an Egyptian resort at Sharm el-Sheik. In the Sharm case, he went disguised as a tourist so as to not arouse suspicion among Egyptian officials.

In Israel, by examining the Arab-Israeli conflict firsthand, Dzikansky was able to provide better intelligence for related terror threats in New York and create a comprehensive manual for the NYPD about dealing with terrorism.

The goal of the manual, Dzikansky writes in his book, is to give individuals and institutions “the resources and the knowledge that will allow them to function under emergency situations, with specific reference to suicide bombings.”

Despite his work in counterterrorism, Dzikansky says his greatest accomplishments came in his days in New York on the Torah Task Force.

In the early 1990s, he was a part of an NYPD team charged with tracking down and ending a Torah theft epidemic that hit New York synagogues. Fifteen Torah scrolls and silver ornaments, valued at more than $200,000, had been stolen.

The police decided to treat the case as if it were investigating a murder. As an Orthodox Jew, Dzikansky says he felt a religious obligation to solve the case, which had upset many in the Jewish community.

During a routine interrogation of a suspect in a separate silver theft case, Dzikansky was able to find the person responsible for stealing the Torahs. The young cop became a hero in the Jewish community.

Dzikansky waves off the credit.

“My honest belief is that God made it happen,” he told JTA. “I was just the vehicle. I see it as pure bashert” — Yiddish for destiny. “Someone had to find those Torahs, and I happened to be the one. I believe that destiny led me to Israel, too.”

In his book, Dzikansky not only recounts his experiences, he also offers a counterterrorism manual for ordinary Americans.

“People have to take responsibility for their own protection,” he says. “We can’t always rely on the police. If you see anything suspicious, you must report it.”

One of the major changes in the NYPD in the quarter-century since Dzikansky began working there is a growing number of Orthodox cops. Dzikansky, who estimates that there are 40 to 50 such cops now on the force, says it doesn’t surprise him.

“The NYPD is an organization that is not anti-anything, except maybe anti-slackers,” he deadpans.

After his retirement, Dzikansky decided to stay in Israel.

“I do miss New York, but I am just too happy to have my kids growing up in the Holy Land,” he says.

As for Israel’s terrorism outlook, Dzikansky is cautiously optimistic.

“Although the threat exists and is constantly changing, I think Israel is in great shape,” he says. “In other words, I know where my bomb shelter is, but I have no intention of going there.”