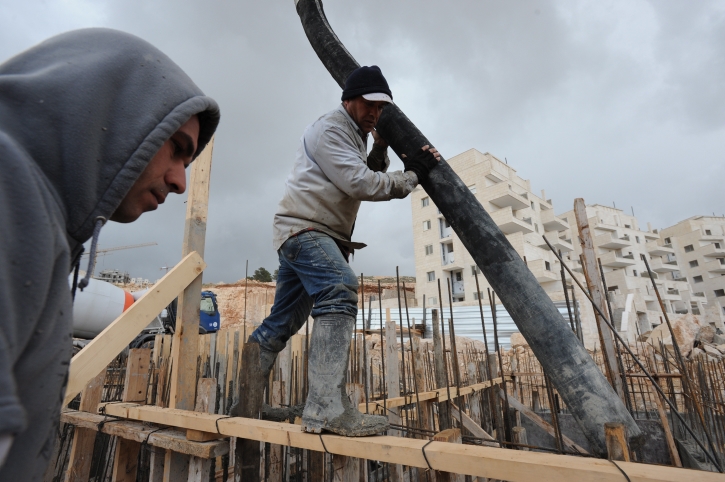 NEW YORK (JTA) — In the run-up to last week’s U.N. Security Council vote on a resolution condemning Israeli settlements in the West Bank as illegal, the Obama administration faced a dilemma.

The administration views Jewish settlements in the West Bank as illegitimate, and has made few bones about saying so, but it also rejects the notion that the place to settle the matter is the United Nations, with its long tradition of anti-Israel resolutions.

Put in a seemingly awkward position, the administration had to decide whether to veto a resolution whose substance it essentially agreed with at a time when the Arab street is looking for signs of the Obama administration’s proclivities on Middle Eastern issues, or discard America’s usual practice of vetoing one-sided U.N. resolutions on Israel and anger many Israel supporters.

While some left-wing Jewish groups such as J Street and Americans for Peace Now urged the president to shun the veto, adding to the pressure on Israel, the reaction from Capitol Hill showed that it wasn’t a stance endorsed by the left or right wing in Congress.

Republicans and Democrats both said that using the United Nations to pressure Israel was out of bounds. Leading members of both parties — including Majority Leader Rep. Eric Cantor (R-Va.) and Rep. Steny Hoyer (D-Md.), the minority whip — urged the president last week to veto “any U.N. Security Council resolution that criticizes Israel regarding final status issues.”

When the resolution finally came to a vote at the U.N. Security Council on Feb. 18, the administration’s decision to exercise its veto earned praise from fellow Democrats.

“I praise the Obama administration’s veto, and call on the U.S. to reject any future resolutions at the U.N. that unfairly target Israel, and instead push the Palestinians back to negotiations where they belong,” said Rep. Shelly Berkley (D-Nev.). “I hope the Arabs, having failed to force the issue at the U.N., will return to the negotiating table immediately and begin the real process of reaching a solution.”

“Exercising the veto is a painful decision, particularly for an administration with a deep and sincere commitment to multilateralism,” said David Harris, the executive director of the American Jewish Committee. “That is why we salute President Obama and his team for their courage in vetoing this mischievous resolution, which would have caused irreparable damage to the future prospects of direct talks between Israel and the Palestinian Authority.”

Obama used the veto for the first time after pursuing a compromise proposal — a nonbinding Security Council statement calling settlements a “serious obstacle to the peace process” — that ultimately failed.

The United States has vetoed dozens of Security Council resolutions condemning Israel going back nearly four decades. Occasionally, however, the United States has withheld the veto on resolutions focused on criticizing Israel, abstaining instead. On May 19, 2004, for example, the George W. Bush administration abstained from a resolution expressing grave concern for Israel’s demolishing of Palestinian homes in Gaza and criticized Israel’s killing of a Palestinian civilian in the area of Rafah, Gaza.

This time, the Obama administration’s willingness to countenance a compromise resolution, and its refusal to say in advance whether it would veto the resolution, suggested to many that its reliability with the veto was in question.

Obama has put the issue of settlements squarely in his sights as part of his Middle East peace push, and he has been generally warm toward J Street, dispatching top Middle East adviser Dennis Ross to address the group’s upcoming conference even as Israeli officials have shunned it.

While not fundamentally altering U.S. policy, which under several presidents officially has opposed settlement expansion, Obama has been far more vocal on the subject. All of which prompted reactions from Israel’s allies on Capitol Hill and beyond, several of whom reacted strongly to reports that the administration was pursuing a compromise.

Speaking in the council chamber on the day of the vote, the U.S. ambassador to the United Nations, Susan E. Rice, rejected the resolution as unhelpful to restarting negotiations between the parties. But she was withering about the administration’s view of settlement activity.

“Our opposition to the resolution before this council today should therefore not be misunderstood to mean we support settlement activity,” Rice said. “On the contrary, we reject in the strongest terms the legitimacy of continued Israeli settlement activity.

“For more than four decades, Israeli settlement activity in territories occupied in 1967 has undermined Israel’s security and corroded hopes for peace and stability in the region. Continued settlement activity violates Israel’s international commitments, devastates trust between the parties and threatens the prospects for peace.”

Americans for Peace Now said Obama’s use of the veto represented a missed chance to exercise leadership that could yield a peace agreement.