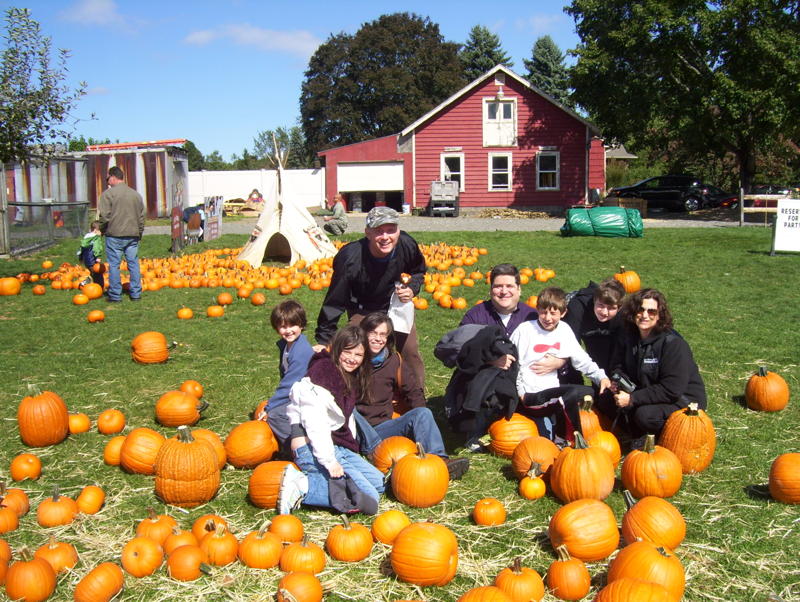 SAN FRANCISCO (JTA) — When Mitchell Ross was a boy, he remembers his grandfather hanging out with the men’s club at his Conservative synagogue.

“I always felt it was something older Jewish men were involved in, the over-60s club,” said Ross, a 39-year-old cardiologist in Phoenix, Ariz.

Today, Ross is active in his own men’s club at Har Zion Congregation, a Conservative shul in Scottsdale, and he is working hard to attract men his age and younger to a Jewish world that many of them have dismissed.

“I’m into fitness, into biking, and the men’s club has a wellness initiative, so we do a lot of hikes as well as community service activities,” Ross told JTA. “It offers a way for younger men to get involved.”

Good luck with that.

For more than a decade, Jewish leaders and academics have been lamenting the disappearance of boys and men from non-Orthodox Jewish life. Men’s clubs, operating at more than 250 North American Conservative synagogues, are just one of many groups trying to stop the hemorrhaging.

“The challenge facing the American Jewish community is not that women are more active — surely a positive development — but that men and boys have retreated from much of American Jewish life,” wrote Sylvia Barack Fishman and Daniel Parmer in the Fall 2008 issue of Jewish Political Studies Review in a piece titled “The Policy Implications of the Gender Imbalance Among America’s Jews.”

Some, including Fishman, call it the “feminization” of liberal Judaism, a term that raises hackles among those who don’t wish to see women’s ritual gains reversed or blamed for the retreat of men. But the phenomenon is readily apparent and has elicited scores of programming initiatives.

Many parallel women’s initiatives. The Man Seder, an all-male Passover seder held at American Jewish University in Los Angeles since 2006, is patterned after the women’s seders that emerged in the 1980s. The teenage boys’ programs developed this year by the organization Moving Traditions were an outgrowth of its popular program for teenage girls, Rosh Hodesh: It’s a Girl Thing.

A number of Reform and Conservative synagogues run a program usually called 100 Jewish Men — a series of dinners with speakers who talk about their relationship to Judaism, their families and their careers.

“At so many synagogues, especially in the non-Orthodox world, the men are not there and the men’s clubs skew older,” said Rabbi David Woznicka of the Stephen S. Wise Temple, a large Reform congregation in Los Angeles that launched such a series four years ago for its members between 30 and 55. Nearly 100 men signed up in the first year, and the project is still steaming along.

The most aggressive pursuer of the great disappearing American Jewish male is probably the Federation of Jewish Men’s Clubs, the umbrella group for men’s clubs in the U.S.

These clubs are trying to cast off the backroom, cigar-chomping image of yesteryear and pull in younger men, getting them to talk to each other and their sons. Ultimately the goal is to get them into the synagogue — maybe not to pray, but at least to find Jewish community and pass it on to their children.

“We’re trying to make men realize the tremendous impact they have on their children,” said Rabbi Charles Simon, the executive director of the Federation of Jewish Men’s Clubs, who writes and speaks extensively on the importance of men volunteering and taking charge of their personal lives.

Simon says his organization has been involved with men’s issues since 1999 but is now making a concerted push to attract younger men. At the group’s national convention this week in Costa Mesa, Calif., a curriculum to engage men at different ages was slated be unveiled, and it is to be piloted at several Conservative congregations next year.

Eighteen months ago, the Federation of Jewish Men’s Clubs launched HaDor Habah, Hebrew for “the next generation,” a project that brings men younger than 45 to training seminars so they can learn how to lead men’s activities for their peers. Nearly 70 men attended the second annual seminar in January.

Mark Kluger, 43, says the retreat was eye opening. Back home at Temple Israel in Winter Springs, Fla., he started a program called Hearing Men’s Voices, a tool he brought back from the conference. He gathered the men in a circle, warned them they were going to think it was corny and asked each to answer one question: Who am I?

“For 2 1/2 hours, people told their stories,” Kluger said. “We had people crying. It was such an unbelievable outpouring, a shedding of the veil. It really hit me that men, Jewish men, we don’t have a lot of outlets. We don’t talk like our wives and girlfriends do.”

In addition to these talking circles, which don’t appeal to everyone, Conservative men’s clubs around the country have been organizing all kinds of activities to attract a younger demographic. Ski trips. Pizza and beer evenings. Trivia nights at local bars.

Community service is also a big draw. A men’s club in Chicago sponsored a sub-club for guys in their 20s, which is holding a fundraiser July 15 for ALS research. Rather than a $1,000-a-plate gala dinner, they’re holding it in a bar and charging $16.

Justin Ross, 26, is helping to organize the evening. He says the club is a great idea but is hard to maintain.

“We’re trying to drum up more interest,” he said, adding that this fundraiser may be the final attempt.

With all the financial pressures on men his age, as well as the fact that most are single, the idea of showing up to chew the fat with a bunch of other guys on a regular basis is not that appealing.

What do they need? Women, he says.

“The next logical step is to create a coed club,” he said.

That’s the central question for men’s club leaders: In an egalitarian world, is a single-sex organization still relevant?

Yes and no, says 42-year-old Louis Piels, a trustee of the men’s club at Temple Beth Shalom in Livingston, N.J.

Last year, Peils’ club sponsored a steak dinner at a kosher Japanese restaurant for 15 young fathers of kids in their religious school as a first step to raising their involvement.

A “guys’ night out” followed, but then the members decided that they wanted wives and children along. Since then, the group has held apple-picking days, a bike ride, ice skating, a mountain hike and scavenger hunt, all of them family friendly.

“The whole concept of a men’s club may be dated,” Piels acknowledges. “Why would we want to be just among men all the time?”

Piels now sees his club’s purpose as spearheading events and community service initiatives that are open to the entire community. At the same time, he doesn’t want to alienate older men, who are used to a male-only club.

“That old ‘clubhouse’ view also has a place,” he said.

For some of the younger men, who were drawn to their men’s club in search of camaraderie or as a way to do community service, club involvement has indeed led them back to shul.

Adam Ruchman, a 41-year-old technology manager in Livingston, has belonged to Conservative synagogues his entire married life. But he didn’t join the men’s club at Temple Shalom until Piels invited him to last year’s dinner. Now he’s vice president of membership, is on the organizing committee for an upcoming golf fundraiser and is training as a gabbai.

Despite all his years in synagogue, Ruchman says he’s never held a ritual role before. His gabbai debut is set for the end of July.

“Hopefully not too many people will be there that Shabbat,” he laughs.