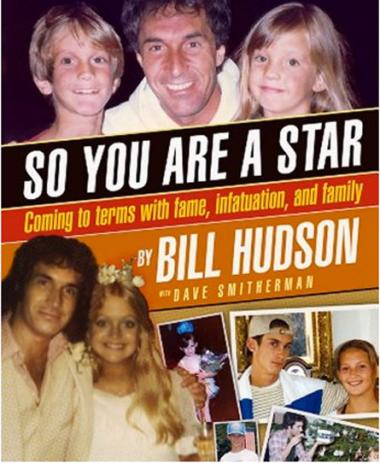 Bill Hudson married actress Goldie Hawn in 1976. The two had Oliver and Kate, then they divorced in 1980, with Goldie ending up with actor Kurt Russell.

Fast forward 30 years, Bill Hudson decides he wants a piece of the pie, and decides to write a book, titled So You Are A Star: Coming to Terms with Fame, Infatuation and Family.

And if that isn’t a good (or bad) enough reason to read it, it’s full Bill’s rants about his experience as a father and ex-husband of the famous actresses.

His main aim goes to Kate, especially with how she has alienated his side of the family, and his own mother, Kate’s grandmother, who suffers from Alzheimer’s disease:

“Kate doesn’t have to talk to me and she doesn’t have to give her a dime of her millions. All I want is for her to call and say, ‘Hi grandma’, before it’s too late.”
“I love Kate, but… She has done stuff which is just awful. She is a spoiled brat in my eyes and at the end of the day, she should meet her little sister. I should meet my grandchild and she should help her grandmother.”

Yikes. The book will be out November 1st. I wonder when the lawsuits will be.