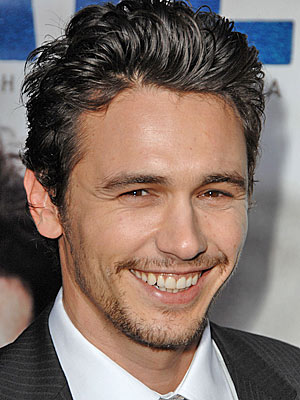 The never-ending James Franco continues to increase his collection of characters, as he is set to play a drug and arms dealer in a new film made by indie film guru Harmony Korine (Gummo, Trash Humpers, Mister Lonely).

The film, Spring Breakers, is about four girls who decide to rob a restaurant so they can make it to Florida for their Spring Break vacation (to be honest, we all considered doing that at one point). The interesting fact about this film, which is set to start filming this coming spring, is the cast. Three actresses that are currently linked to it are Selena Gomez, Vanssa Hudgens and Emma Roberts.

Franco will also break out of his little goody shell as the dealer who bails them out — but, in exchange, wants them to murder his rival.

There’s pretty good potential for Franco to play that badass role, the question is whether it will be good-bad like Justin Timberlake in Alpha Dog or funny-bad like Matt Damon in EuroTrip. Rumor has it that Franco is going to rap in the film. This could be epic.

Tune in next spring break!