With haredi population growing, can Israel put them to work? 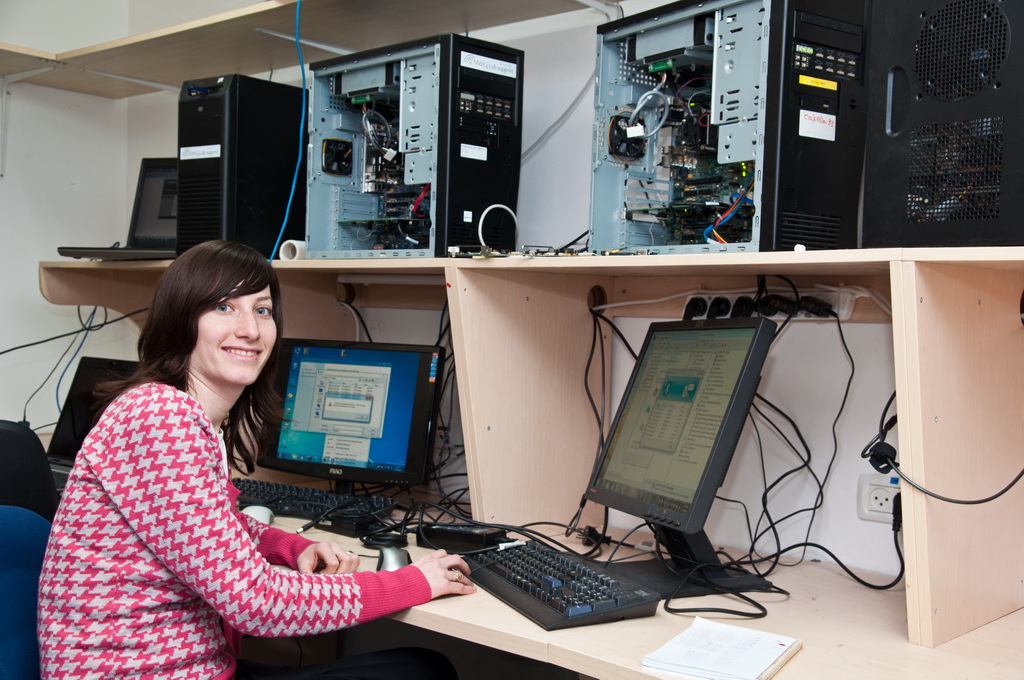 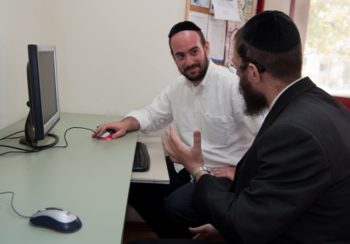 JERUSALEM (JTA) — At Israel’s first college for the haredi Orthodox, lectures on social work and computer programming are conducted just down the hall from a pair of classrooms transformed into a nursery for the students’ babies.

The average female student here — women comprise a majority of the 1,100 student body at the Jerusalem Haredi College — will have two babies in the course of her four years of study.

It’s one of many indications of Israel’s large and rapidly growing haredi population. Now comprising nearly 10 percent of Israel’s residents, the community is expected to double its numbers in the next decade.

“I want to do something I love and go into the world with it,” says Brachi Nir, 23, a psychology student and mother to a baby girl. “And here I don’t have to be a trailblazer. I can simply study.”

The unique circumstances and growth of Israel’s haredim pose a significant challenge for the country — one this college is attempting to answer. There are a few factors keeping haredim out of the workforce: haredi values, including wariness of the secular world; government subsidies for yeshiva study; and the rules of the Israeli army draft, which mandate yeshiva study for those seeking to avoid military conscription.

Some 65 percent of Israeli haredi men do not work. As their numbers continue to swell, so does a growing sense of alarm that the rest of the Israeli population won’t be able to shoulder the country’s economic or defense burdens if the status quo of state-subsidized, full-time Torah study continues.

“If we continue to give benefits that the government gives and don’t give the haredim a proper education, then why would other Israelis stick around?” asks Dan Ben-David, a Tel Aviv University economist and executive director of the Taub Center for Social Policy Studies in Israel. “There will be wide-scale secular flight, which we have already seen in some professions like doctors and professors.”

Ben-David argues that the absence both of many haredi and Arab Israelis from the workforce is perhaps the greatest threat to the country’s survival.

“But when you put it into perspective, it’s not all doom and gloom because if we are able to capitalize on it, we have a brighter future than most Western countries, which are growing old,” he says. “We have tons of children. The problem is what will we do with them?”

Sitting in the audience during a lecture by Ben-David on the subject several years ago was Adina Bar Shalom, daughter of Rabbi Ovadia Yosef, the spiritual leader of the Sephardic Orthodox Shas party. The lecture helped spark her idea to launch Israel’s first-ever haredi college.

It wasn’t easy to get support from the haredi community — or her father — for the idea. Haredi Orthodox Jews long have viewed higher education as suspect, something that since the Enlightenment period has been viewed by haredim as a potentially dangerous road that could lead to assimilation and secularism.

“But I thought that academia gives a person confidence, it opens doors for work, and we need it most for our society,” Bar Shalom told JTA.

Efforts like the college Bar Shalom founded are part of a new wave of private, public and government initiatives to move more haredi Israelis into the workforce.

The Finance Ministry says it has invested some $88 million in the effort. Some of that money is being spent to increase the small number of haredim who serve in the army; 400 were recruited in 2010. Some are assigned to units in which they are trained to provide technological assistance, which can give them skills for civilian jobs later in life.

The Air Force, for example, trains haredi recruits in computer programming and electrical work while providing an all-male environment with strictly kosher food and time for prayer and even some Jewish studies.

With 14,000 haredim turning 18 each year and only 1,500 students per class of specialized haredi academic programs and colleges annually, plus approximately 1,000 in the army, the challenge is how to make a significant and transformative change, according to Shahar Ilan of Hiddush, an organization that promotes religious pluralism and diversity in Israel.

Tevet, a partnership between the government and the American Jewish Joint Distribution Committee, is working on several major initiatives to help haredim transition to the workforce. The organization, which is focused on setting haredim on career paths, not simply getting them low-level jobs, claims to have made 16,000 job placements.

The idea is to develop career programs so people can promote themselves within the labor market, says Yossi Tamir, Tevet’s director general.

“We are not doing this just for the sake of the ultra-Orthodox,” he says, “but to increase the resilience of society in Israel.”

Within the haredi world, Torah study is considered sacrosanct, and rabbis and communal leaders have been reluctant to speak publicly about the problem of growing poverty in the community.

Rabbi Moshe Grylak, editor in chief of the leading haredi newspaper Mishpacha, says the problem has been overstated.

“Not everyone studies at kollel,” he said, using the Yiddish term for subsidized Torah study. “Today there is an understanding that some men need to find other professions, and the haredi community understands it needs to help them do that. People are trying to stir up panic because they hate the haredim.”

Jack Schuldenfrei, one of the founders of Kemach, an organization to train and place haredi men, said there is growing openness within the haredi world to the idea of working for a living. But, he says, it’s difficult for community leaders to publicly endorse the idea because the notion of working for a living is still frowned upon.

Since it launched in 2007, nearly 10,000 men have applied to Kemach for help finding work. Kemach has matched haredi men with jobs as locksmiths, plumbers, engineers and physicians’ assistants.

One man from a strict haredi sect dreamed of becoming a commercial pilot, and Kemach is now funding his studies, according to Schuldenfrei.

“We see this as an evolution, not a revolution,” he says. “Because we have kept a low profile and never made any noise, rabbis don’t feel threatened by us.”

Menachem Friedman, a sociologist and one of Israel’s pre-eminent authorities on haredim, says the situation is too dire for anything but a heavy-handed approach.

“Things cannot continue this way,” he told JTA. “I hear people saying we need to proceed slowly, gently, to understand them, but each year their numbers go up and the math just does not add up.”

Friedman says a large percentage who do venture into the workforce don’t succeed because they lack the necessary education.

Recently there has been a public backlash against the haredi school system over officials’ refusal to teach boys (most of them in Ashkenazi yeshivas) a core curriculum that includes science, math, English and civics. Haredi figures say they don’t want outsiders interfering in the “purity of Torah learning,” which many of the haredim fear could pave the way toward a secular lifestyle.

While men have stayed in the yeshiva, a growing number of haredi women have gone to work — some 60 percent, according to the Bank of Israel. But with an average of eight children per family, it’s hard for the women to work full-time, well-paying jobs.

Yisrael Schulman is one of several haredi men trained by a company called Verisense to be verification engineers for the semiconductor design industry and placed in well-paying jobs. Schulman works as one of the company’s project managers in an office with mostly secular co-workers in Herzliya, a high-tech hub outside of Tel Aviv.

Raised in the strictly religious neighborhood in Jerusalem where he still lives, it took Schulman, 30, some time to adjust to daily exposure to secular Israelis.

“At first it felt like we were coming from two different worlds, but soon we realized we actually are from the same place,” he says.

One of the things that surprised him most, he notes, was how little he knew when he started. He lacked even basic math skills like algebra, which is key to his work as a computer programmer. Now Schulman supplements his work with university studies in computer science and economics.

While Schulman’s 28-year-old sister, who has five children, has had her water and electricity cut off several times because she and her husband could not afford to pay for them, Schulman, a father of two, is able to support his family and drives to work in a company car.

But within the haredi community, Schulman says he is considered second rate because he works. Of his nine siblings, two brothers work in low-paying jobs selling shoes, and his other brothers are kollel yeshiva students.

“Now people are living a very low quality of life,” Schulman says. ” I don’t think the community can survive without education and work.

“Ultimately more people will have to work, and you can feel a shift toward that. Change will come because people do want to work.”