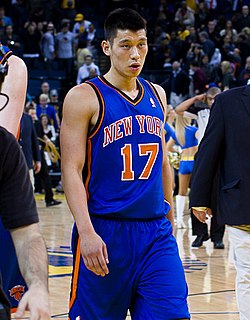 Bullies chased me through the gym hurling rocks and insults when a young Taiwanese-American boy stepped in between me and my attackers. It was little Jeremy Lin, who was four years younger but in my class because he skipped several years of elementary school. He chased the bullies away and shouted after them, “Pick on someone your own size!” Then, just to cheer me, Jeremy scooped up the rocks and slam dunked them into the basketball hoop. No one ever picked on me again.

It may sound extraordinary. But that was just Jeremy.

If that sounds exaggerated, wait’ll you read what Zuck-abee came up with next:

Finally, Jeremy Lin has given me hope as a young Jewish athlete from the suburbs of New Jersey. Although he has recently come out as Taiwanese American by nationality, Christian by religion and a native of Northern California, it is clear he is Jewish by spirituality and, according to my uncle who works near Madison Square Garden, studying at a Rabbinical school in Paramus.

Hard to tell if Eisenberg is serious, or whether he even has a point. Anyway, Slate tackled the Asians and Jews in sports comparison in 1996. That one, which incorrectly predicted a surge of Asian-American hockey players, at least has a shot at making you smarter.