Daniel Radcliffe talks about childhood OCD and being a celebrity 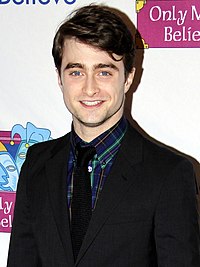 In a recent interview with the British tabloid The Sun, ex-wizard Daniel Radcliffe openly talked about suffering from Obsessive Compulsive Disorder as a kid.

DanRad developed the condition at the age of five and said that, at its worst, it would take him five minutes to turn off a light.

Radcliffe said:  “I had to repeat every sentence I said under my breath. I would encourage everyone to undergo therapy. It doesn’t mean you’re insane or weak. I haven’t had it this year so far and I’m missing it.”

Well, we are glad you are coming out Dan and happy to know you are alright, though it would have added a lot more to the Harry Potter books if, for at least a chapter, we could have read of how an OCD wizard behaves.

In addition, Radcliffe talked to the French magazine Be about how he views being a celebrity, saying, “The idea is to never believe that you are special just because you are famous … Otherwise, the day when celebrity vanishes, it’s the best way to end up in a reality TV show!”

And that was everything you need to know about Daniel Radcliffe in 230 words or less.