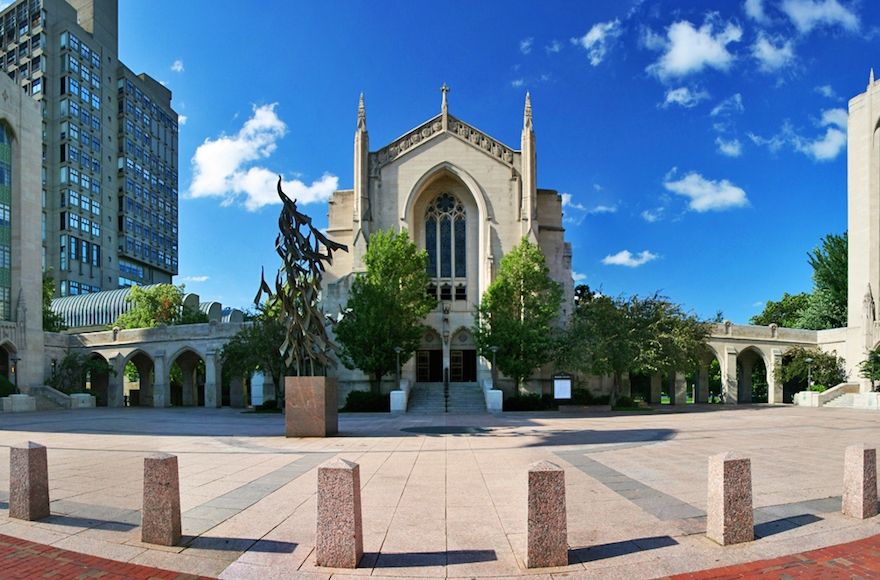 (JTA) — Boston police launched a criminal investigation after finding five men bound together nearly naked in the basement of a Jewish fraternity house.

The men were found bound together by duct tape around their wrists, clothed only in their underwear and covered in flour, honey, hot sauce and other food products, according to a police report. They also had welts on their body.

“All five were shivering and had horrified and fearful looks on their faces,” the police report said.

Police are seeking criminal complaints against 14 people in connection with the hazing incident.

Alpha Epsilon Pi is an international Jewish fraternity. The Allston fraternity house is its Boston University branch, though the chapter is not officially sanctioned by the school or its Interfraternity Council.

The fraternity house has been known for hosting wild parties.

B.U. officials said that those responsible for the hazing could face suspension or expulsion.

AEPi’s national headquarters condemned the hazing at the 30-member house.

“Alpha Epsilon Pi does not — in any way — condone hazing of any type,” the fraternity said. “We have been a leader for many years on this subject and expend considerable effort each year to educate our chapter leaders and members as to the proper new member education programs.”

The fraternity said that it has now closed its B.U. chapter.

“Any members found responsible for participating in any actions contrary to our risk management guidelines will be expelled,” the statement said. “We also intend to fully cooperate with all authorities and investigations.”