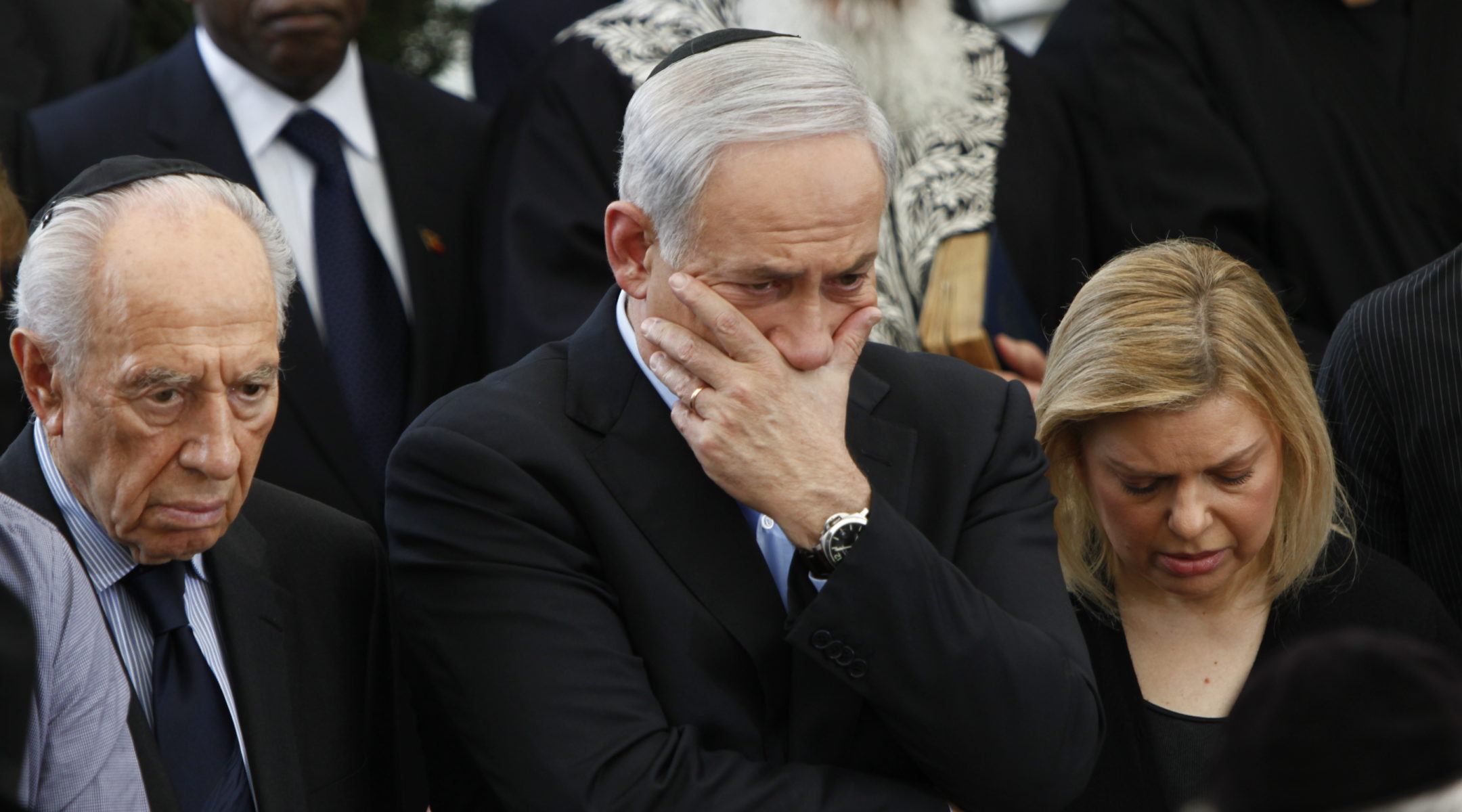 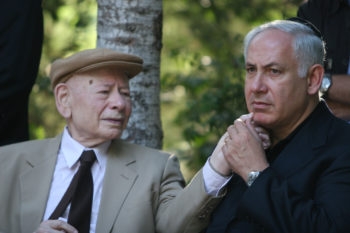 NEW YORK (JTA) — Benzion Netanyahu — historian, one-time political activist and father of Israel’s prime minister — died Monday in Jerusalem at 102. An accomplished scholar and the patriarch of one of Israel’s most important political families, he also played a surprising and little-known role in American political history.

Netanyahu was born in Poland in 1910 to a family deeply immersed in the world of religious Zionism. His father, Rabbi Nathan Mileikowsky, a popular Zionist preacher, brought the family to British-ruled Palestine in 1920. He Hebraicized the family name to Netanyahu.

In the wake of the Palestinian Arab riots of 1929, Netanyahu was attracted to the militant wing of the Zionist movement, Revisionist Zionism, headed by Vladimir Ze’ev Jabotinsky. His literary talents were recognized early on, and he served as editor in chief of the Revisionist newspaper HaYarden in the 1930s.

In 1940, Jabotinsky sent several of his leading disciples, including Netanyahu and future Knesset member Hillel Kook (better known as Peter Bergson), to the United States to seek funds and public support for the rescue of Europe’s Jews and creation of a Jewish state in Palestine.

“It was a brand new world for us,” Netanyahu told me in one of my interviews with him. “I had never been to America. But I had to learn quickly — there was no time. The world of European Jewry was going up in flames.”

Netanyahu became executive director of the U.S. wing of the Revisionist Zionist movement and editor of its magazine, Zionews. His essays were notable for their passion, political insights and high level of fluency in a language he only recently had mastered. One 1944 editorial criticized mainstream Jewish leaders as “too cautious, too appeasing, and too ready to swallow the meaningless statements of sympathy that [are] issued from high places.”

Bergson and Netanyahu employed tactics that were not commonly used by the American Jewish community at the time, including placing full-page advertisements in The New York Times and other newspapers. Some of the ads challenged the Roosevelt administration’s stance on refugees. Others took aim at the British government’s White Paper policy of closing Palestine to Jewish immigration. One that Netanyahu authored was headlined “The White Paper Must Be Smashed, if Millions of Jews are to be Saved!”

Netanyahu divided his time between Revisionist headquarters in New York City and Capitol Hill, where he sought to mobilize congressional backing for the Zionist cause. At the time, mainstream Jewish leaders such as Rabbi Stephen S. Wise were strong supporters of President Franklin D. Roosevelt and stayed away from the Republicans. Netanyahu, by contrast, actively cultivated ties to prominent Republicans such as former President Herbert Hoover, as well as dissident Democrats such as Sen. Elbert Thomas of Utah, a Mormon.

In 1944, Netanyahu sought to have the Republican Party endorse Jewish rescue and statehood.

In the months leading up to that year’s Republican national convention, the Revisionists undertook what they called “a systematic campaign of enlightenment” about Palestine among GOP leaders such as Hoover, Sen. Robert Taft, who chaired the convention’s resolutions committee, and Rep. Clare Booth Luce, wife of the publisher of Time and Life magazines.

These events helped ensure that support for Zionism and later Israel would become a permanent part of American political culture. Every subsequent Republican and Democratic convention has adopted a similar plank. To do less became politically inconceivable.

In recent years, pundits have speculated on the extent to which Benzion Netanyahu may have influenced his son’s actions as prime minister. While it is difficult to draw a direct connection between father and son on specific policy matters, there is a parallel in their efforts to cultivate support for Israel on both sides of the political aisle.

While working as a political activist in the 1940s, Benzion Netanyahu also managed to complete a doctorate in medieval Jewish history at Dropsie College in Philadelphia. He later taught Jewish history at Dropsie, and then at the University of Denver and Cornell University. Netanyahu’s magisterial study, “The Origins of the Inquisition in Fifteenth Century Spain,” widely considered a groundbreaking work in his field, was published in 1995. He spent time in both Israel and the United States over the years, returning to Israel permanently in 1976, the same year his son Yoni was killed while leading the Entebbe rescue operation.

Notoriously reluctant to grant interviews, Netanyahu generally succeeded in eluding the spotlight. He only recently agreed to cooperate in the first documentary on his life and legacy, by Israeli filmmaker Moshe Levinson, which coincidentally is scheduled to premiere this week in Jerusalem.

(Rafael Medoff is founding director of The David S. Wyman Institute for Holocaust Studies in Washington. His latest book, co-authored with Sonja Schoepf Wentling, is “Herbert Hoover and the Jews: The Origins of the ‘Jewish Vote’ and Bipartisan Support for Israel.”)