The 10 Most Jewish Answers on ‘Jeopardy!’ (via Jewcy) 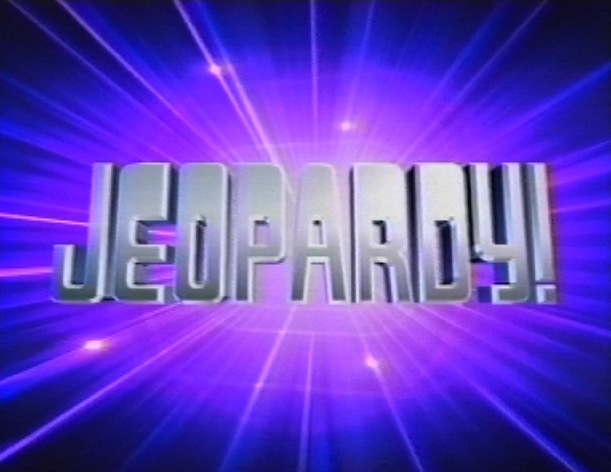 The current reigning champion of “Jeopardy!”, Jacob Silverman, wrote this article on Jewcy Magazine, in which he discusses his experience as a contestant. Silverman also picked the “10 most Jewish answers” that have been featured in America’s favorite game show.

December 22, 1987
Category: Films of the ’80s
Value: $400
Answer: In this 1983 musical Barbra Streisand disguises herself as a boy to study the Talmud
Question: What is Yentl?

April 24, 2008
Category: History of the Jewish People
Value: $200
Answer: 1818: The first synagogue of this branch of Judaism opens in Hamburg
Question: What is Reform?

October 24, 2005
Category: The Old Testament
Value: $800
Answer: After he went to heaven in a chariot of fire, his servant Elisha inherited his power
Question: Who is Elijah?

March 21, 2007
Category: Jewish History
Value: $600
Answer: Term for attacks on Jews, from the Russian for “destruction;” they started to get bad around 1881
Question: What are pogroms?

December 27, 2006
Category: Archaeology
Value: $200
Answer: Digging in Jerusalem, Eilat Mazar believes she has found the palace of this 10th century B.C. king
Question: Who is David?

November 16, 2009
Category: Ecclesiastes
Value: $2000
Answer: Ecclesiastes is traditionally read during this Jewish harvest festival to remind one that life is fleeting
Question: What is Sukkoth?

December 22, 1997
Category: Religious Matters
Value: $2000
Answer: The Talmud consists of the Mishnah, the written version of Jewish oral law, & this, commentary on the Mishnah
Question: What is the Gemara?

April 23, 1987
Category: Holidays
Value: $400
Answer: Wintertime Jewish holiday that’s mentioned in the New Testament but not in the Jewish Bible
Question: What is Hanukkah?