This week we salute you, the Jewish father.

Why? Well first of all, because this Sunday is Father’s Day, and secondly because we usually pay more attention to Jewish moms, that we often forget how great Jewish dads are.

They are so great, that unlike most Jewish mothers who are very similar in their television portrayal, the TV Jewish fathers are so different from one another, so we decided to name nine of our favorite types of Jewish dads on TV. He’s married to his work and the actors he represents are his actual children. We know it, Ari Gold knows it and his family knows it. The world’s most notorious movie agent (Jeremy Piven) has the ability to make television explode from over-bleeping. Ari is a devoted Jew… when it doesn’t conflict with his work (he escaped Yom Kippur services to try and seal Vincent a lead role in the movie “Medellin”) and is also an over-protective father. In fact, he is so over-protective that when his daughter Sarah begins to like child actor Max Ballard, Ari sends him to Kazakhstan to shoot a new movie to keep him away from his daughter.

His greatest achievement is the invention of the ‘beltless trenchcoat,’ he hates velcro because he can’t stand the tearing sound it makes, he is a proud resident of Del Boca Vista, and accepting a Cadillac from his son Jerry is one of the biggest mistakes he has ever done. Morty Seinfeld (played by the late Barney Martin, and also Phil Bruns for a few episodes) is the face of retired Jewish dads. He is a proud man who always sticks up to his son and gets irritated easily. Seinfeld senior is basically the person we are afraid our father will turn to when he gets old.

Krusty the Clown’s dad (voiced by Jackie Mason) is an orthodox Jew who disowned his son after learning that he wants to be a clown instead of becoming a rabbi. After 25 years, a conversation about the Talmud with Bart Simpsons, makes Hyman accept Krusty (or Herschel Shmoikel Pinchas Yerucham Krustofski) and his career choice, a story that is very similar to Mason’s life story.
(sorry about the poor quality) 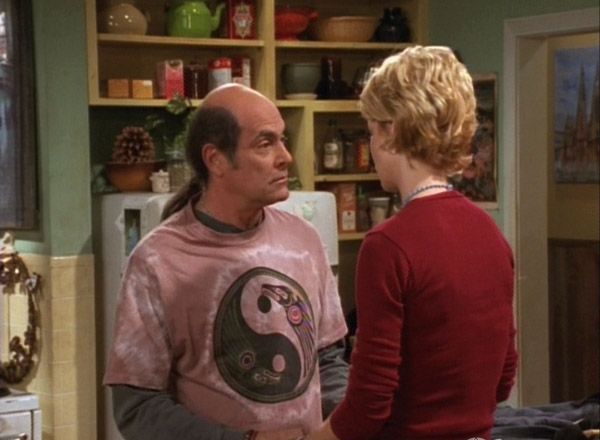 Stuck somewhere in the late sixties, Dharma’s dad (Alan Rachins) has a mind full of government conspiracy theories, mostly instigated by Richard Nixon. Finkelstein’s biggest pride is the idea of being wanted by the FBI (which he is not), and that he knows the dark secret of Watergate and the moon landing. He is also a pretty big pothead, a reminder for kids out there who were ever threatened by their parents to never smoke – your dad did that too! 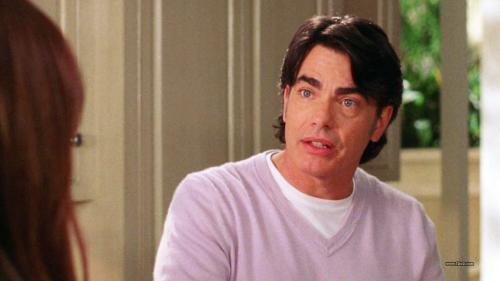 He is a public defender who adopts problematic kids, he is happily married and is not afraid to risk his job even if the boss makes a move on him and he is the father of the only Jewish kid around (“Seth”). Sandy Cohen (Peter Gallagher) makes us all look bad, he is rich, successful, handsome and gives out great tips to help everyone out.

Besides the fact that both Sandy Cohen and Dean Hodes are lawyers, the two are exact opposites. “Weeds'” Hodes has a dysfunctional family with a wife who cant stand him, a spiteful young daughter and a runaway older daughter. Dean (Andy Milder) and his schlimazelness is often the comic relief of the drug dealing show, especially his close friendship with Doug (Kevin Nealon). Despite everything, he really loves his daughter Isabelle and unlike his wife Celia accepts her the way she is.

(THE VIDEO IS NFSW)

Think about how many times you would say “Oh my God, dad!” if Ross and Monica’s dad was your dad. Portrayed by the hilarious Elliot Gould, Jack Geller often makes inappropriate comments, many of them sexual. Unlike his wife Judy, Jack is lightly more sympathetic and worrying, and even gave Monica his Porsche after all of her childhood belongings got ruined by a flood, which leads to the ultimate question: how many embarrassing moments by your dad are worth a Porsche? One of the two fathers of Rachel Berry (Lea Michele) is Hiram, who is portrayed by Jeff Goldblum, so imagine a typical Goldblum character (neurotic, fast-talking, sarcastic), add some singing and a husband to it and you get Hiram Berry.

We already discussed the Jewish references of “Family Guy,” but Mort should still get an honorable mention – since he is probably the most stereotypical Jew out there. Mort (John G. Brennan’s voice) is Neil’s dad, and his son shares the same characteristics  – a paranoid ginger who is terrified of anti-Semitism, diseases and (surprise, surprise) his money being stolen. His finest moment was when he went back in time to live in Poland just before the beginning of World War II.

Did we miss a dad? Comment and let us know!