Riding across the U.S., Hazon bikers are spokespeople for food justice 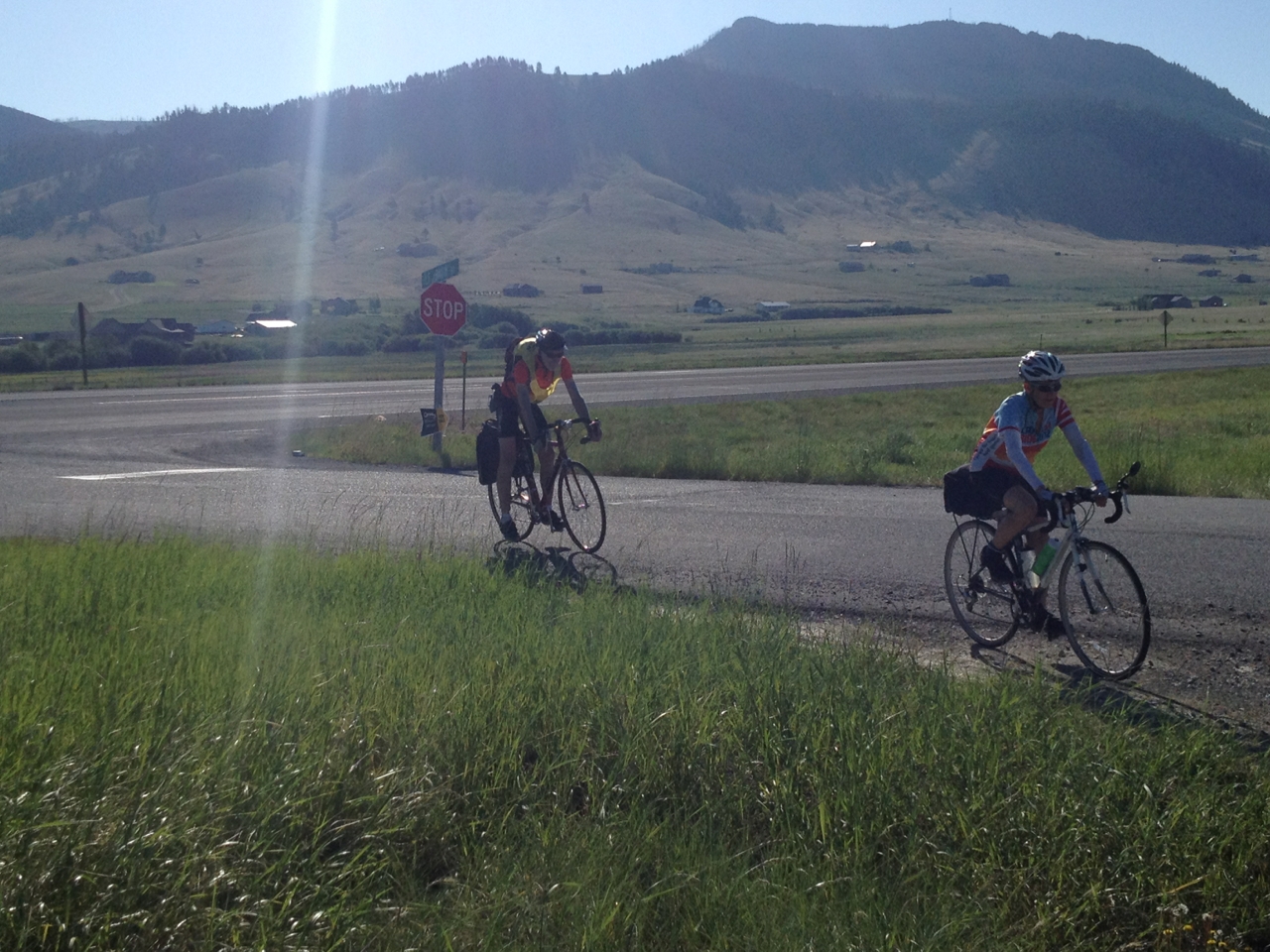 WASHINGTON (JTA) — Eleven Jews are pedaling — and peddling — their message across the country.

Joined by more than three dozen other bicyclists at segments along the way, participants in the Hazon Cross-USA Ride, a 10-week journey across America, are on a multifold mission.

They are bringing attention to the environment by powering their own transportation; calling for the government to make healthy food systems a priority by collecting signatures on a petition to be presented to the White House and U.S. Department of Agriculture; putting a spotlight on sustainable farming through talks with Jewish community groups; and meeting with farmers to learn firsthand about sustainable agriculture.

“This ride combines three of my major passions: Judaism, sustainable food and agriculture/environment and cycling,” said Adi Segal, 23, of Bergenfield, N.J. “So I can’t think of a better way to spend the summer than to raise money and awareness for this cause and by riding across the country for it.”

By the time the cyclists, who began their journey June 10 in Seattle, arrive in Washington, D.C., on Aug.  15, they will have visited 70 Jewish communities and participated in five community service days, including one with Missoula Free Cycle, a Montana group that repairs and donates bicycles.

The Hazon ride’s thrust on food systems and sustainable farming is part of a growing Jewish effort to focus on food justice, typically defined, says a Jewish community official, as “sharing our resources in an equitable way, whether in a neighborhood, in a country or globally.”

“We also want to ask what would it look like if the highest Jewish standards were applied to food systems in North America,” Savage said.

Earlier this month, Hazon was among seven national Jewish groups that delivered a petition with nearly 19,000 signatures to the leadership of the U.S. House of Representatives and the Obama administration demanding a focus on food justice in the farm bill.

Timi Gerson, director of advocacy for the American Jewish World Service, one of the seven groups to present the petition, says two external factors are driving the Jewish community’s growing attention to food justice. One is the national food justice movement; the other is the farm bill, which comes up once every five years.

The farm bill presents “an opportunity to change it” she said, referring to the nation’s food system. The Jewish community “for both historic and religious reasons has an interest in and ability to contribute to that conversation uniquely.”

Jewish tradition, Gerson says, “has something to say and to teach about ethical food practices and systems.”

Renna Khuner-Haber, a participant on the Hazon bike ride, also says the system is broken.

“I think we need to raise awareness about the actions we can take, and also what we can ask the local, state and federal government to do,” said Khuner-Haber, 26, of Seattle.

Participants visited Jubilee Farms in Carnation, Wash., on the ride’s first day and had a chance to meet organic farmers.

“We learned from them that it is a struggle to use farming practices that are outside of industrial agriculture and that they do it because it is important to do it,” said Rafi Rubin, 30, of Piedmont, Calif.

The cyclists also harvested artichokes — and were allowed to keep some.

“We actually went out and picked our own sustenance,” Rubin said. “It made me feel very connected to the source; it was very different than going to the store and buying an artichoke.”

Segal says one of the interesting aspects of the ride is the opportunity to meet people across the nation.

“People are blown away that we are doing this, and it provides a great platform to teach about the goals of this trip, the mission of Hazon and the greater sustainable food movement,” Segal said.

For Jeremy Brochin, 65, one of the best parts of the ride is the “great sense of community.”

“It’s lovely to be part of a multigenerational community where everybody pitches in, and so whether you are 50 or 20 it doesn’t make any difference,” said the Philadelphian, who is participating on the trip’s first five weeks.