The NBA Draft was Thursday, and unfortunately this year’s list of prospects did not include any outstanding Jewish players.

Since the Beren Academy kids aren’t old enough yet, and the only player close to Jewish is projected number-one pick Anthony Davis, who’s unibrow reminds me of a few Israeli men I know, we decided to remember the days when Jews had a much bigger presence on the court (not off it like today).

Some Jews have even been drafted pretty high.

Here are our Jewish top 10 picks: 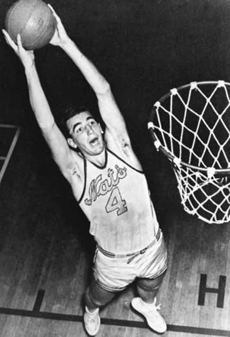 Drafted: 1963, 1st round – 1st pick
Team: New York Knicks
College: Duke
Position: Small Forward/Guard
NBA Career: 1963-1970 – 13.0 PPG, 4.7 PPG, 2.8 APG
Did you know: Heyman is the first and only Jewish player to be picked first in the NBA draft. Heyman was supposed to play for the University of North Carolina, but at the last minute switched to UNC’s biggest rival, Duke. That’s a big no-no in the Tar Heel State.

Do you remember these great NBA players? Share your memories!