Push your brain and your body, says sports physician and author Jordan Metzl 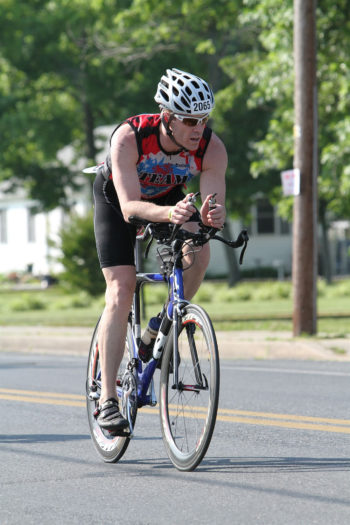 MONTCLAIR, N.J. (JTA) – When I was growing up in the 1960s in Skokie, Ill., reading was the main sport in my family. I’m pretty sure it was also the main sport in most families in my predominantly Jewish neighborhood: Neither my friends nor I ever heard the phrase “traveling soccer team” cross our parents’ lips.

Which is not to say we didn’t mosey over to nearby Devonshire Park to ice skate or knock some tennis balls around on the public courts. We did, but only after we finished our homework.

For Dr. Jordan Metzl, a Jewish kid growing up more than a decade later in Kansas City, Mo., it was quite different.

“I grew up with a very Jewish upbringing inside the bigger bubble of mid-America,” Metzl says, but he’s proud that his parents “got it right: They got the balance of Jewish social consciousness, academics and sports,” even though they were up against an ethos in their kids’ Jewish day school that downplayed physical education.

His father, a pediatrician, and mother, a psychologist, “got in big trouble,” according to Metzl, when together with several families they surreptitiously painted lines one weekend on the day school’s parking lot to outline baseball and kickball fields.

Metzl, 45, who has finished 29 marathons and nine Ironman triathlons, is on a mission to get Jews — and, of course, his other patients — off their tushes. Like the ultimate handwringing Jewish mother, he worries about Jews “getting soft,” not like his young Asian patients, products of first-generation or immigrant families that push their kids both academically and on the sports field.

“Forty years ago, Tiger Mom would have been Matzah Ball Mom,” Metzl says.

He’s a big believer that Jews must not only push their brains but their bodies, and is fond of the Latin dictum mens sana in corpore sano, “a sound mind in a sound body.”

Although he loved athletics growing up in a family that treasured both, it was in medical school that Metzl discovered he could concentrate better when he was active.

“My performance as a doctor absolutely correlated to daily fitness,” he says.

As a medical resident in Boston, at a time when there were no restrictions on their hours, the hospital made an offer that employees who ran the Boston Marathon would get a day off from work. Metzl signed up, ran and ever since has been encouraging fitness as preventive medicine.

In his Hospital for Special Surgery office, Metzl says, he puts up an imaginary “no-kvetch zone” as he tries to entice patients to embrace more physical activity. (He acknowledges that sometimes his Jewish patients kvetch a little more than others.) One man complained that he couldn’t be more active because his legs ached from his knees to his ankles, and Metzl jokingly acknowledged that the patient had joints built for Talmudic study, but still had to strengthen the muscles around them.

The sports doc’s new book is dedicated to the “millions of athletes who wake up each morning at 5:30, with no fanfare, and drag themselves out of bed to keep fit.”

Trust me, that’s not me, yet I gobbled up each chapter, from “Tell Me Where It Hurts” to “How to Win at Everything” — sport-specific secrets for staying injury free.

In the section on “Iron Strength Workouts,” I appreciatively ingested “The Best Injury-Prevention Workout You’re Not Doing: Foam-Roll Exercises” (ouch — my word, not his).

Metzl calls the Iron Strength Workouts “simple (but intense!)”; his routines emphasize functional strength training based on a movement pattern rather than isolating an individual muscle in a bicep curl or leg extension. For those who want to try an Iron Strength Workout, there’s a free video on Runnersworld.com but beware: “KILLER. This workout kicked my butt,” reads one online comment that seems representative.

In case you’re more of a slacker than Metzl when it comes to working out (I’m no couch potato, but just watching Metzl’s video made parts of my body ache), I checked with my trainer at the Jewish Community Center of MetroWest in West Orange, N.J., Nimika Patel, to see if there are a lot of “me’s” in the Jewish athletic world or whether they are all Metzls.

It turns out that there is still room at the gym for those of us who aren’t triathloners or even weekend warriors.

Patel’s clients come in not necessarily to train for their next competition, but because of “osteoporosis, depression, fibromyalgia — you name it,” she says. “They all want to look good, of course, but there is always another reason they’re here.”

Steve Becker, vice president of health and wellness services at the JCC Association, the North American umbrella for the Jewish community center movement, says fitness facilities are moving away from cavernous rooms with one strength machine after another to offering more open space for people to train in a way that improves quality of life, using equipment like resistance bands and medicine balls.

“Being fit is about more than the one rep max or seeing how much you bench press,” Becker says. “It’s about lifting up grandchildren or schlepping luggage across the airport.”

Becker says that those in charge of fitness at JCCs, whose members include non-Jews as well as Jews, “are looking at what everyone else is looking for, the newest and best, but also something a little more.”

Writing a book for athletes aside, Metzl, too, believes that you can be fit even if you’re not an Ironman enthusiast.

Sure, do extreme sports if you like them, he says, but what’s most important is finding something you’ll enjoy, that you’ll keep doing.

Growing up, Metzl skied and backpacked with his parents and brothers. Today his mother gravitates toward ballroom dancing, his father toward biking.

“If there were a drug known to reduce blood pressure, cardiovascular disease, depression, diabetes, self-reported pain of arthritis, increase longevity by five years and improve quality of life by every metric, a doctor who didn’t give it to every patient would be committing malpractice,” says Metzl, with the intonation of one who has recited this speech many a time. “We have this drug, and that drug is exercise.”

(Elisa Spungen Bildner writes about health and wellness for JTA and is co-chair of the organization’s board of directors.)