Seeking Kin: Program aiding at-risk youth, and the boy who decamped for America 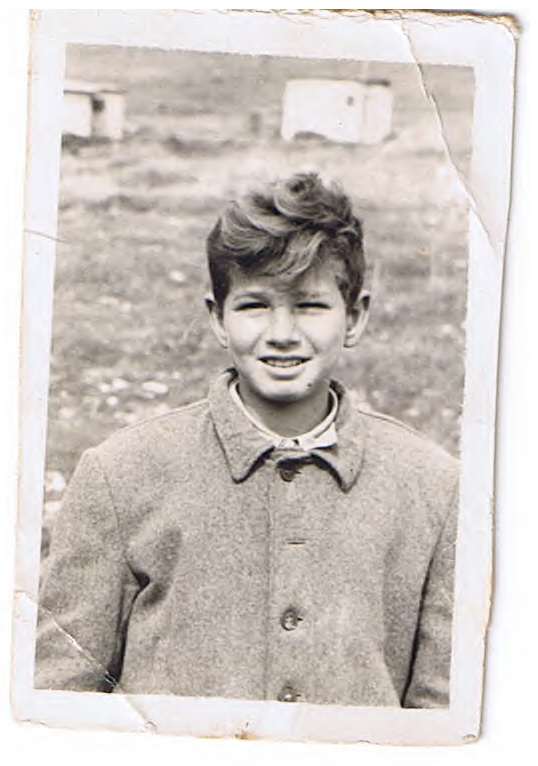 Participants in an Israeli program hope to include Zvi Weiss, shown here in the 1950s, in a future reunion. (Courtesy Ahuva Maoz)
Advertisement 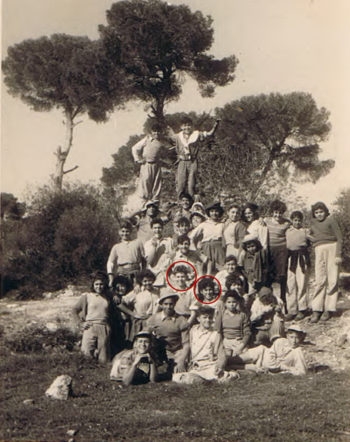 Zvi Weiss and Ahuva Maoz (nÃ©e Kadouri), circled in red, during a tour of the north of Israel with their Youth Aliyah group in the mid-1950s. (Courtesy Ahuva Maoz)

BALTIMORE (JTA) – In 1932, Yitzhak and Mazal Kadouri left Baghdad for prestate Israel, settling in Haifa. Yitzhak labored in construction jobs, while Mazal worked as a housewife. They also tended to the needs of recently arrived relatives and friends from Iraq.

The second youngest of the Kadouris’ eight children, Ahuva, found her home life too chaotic and yearned for a calmer environment. She found it at a Youth Aliyah program based on Kibbutz Tzora, a settlement near Beit Shemesh that was founded just six years before she moved there in October 1954. She was 10 years old.

“I was crying every night under my blanket because I was missing home,” Ahuva Maoz, 67 and living in Kiryat Gat, remembered of her introduction to the kibbutz. “But I said to myself, ‘No, no, no, I am staying here.’ ”

Maoz lived at Tzora for six years, later became a teacher and recently retired following a 35-year career — 25 of them living with her late husband, Zeev, in the San Francisco area before returning to Israel in 2009.

Maoz and her Youth Aliyah companions would like to hold a reunion soon and have located about half of the 65 people in their group. Among the missing: Zvi Weiss. They plan to discuss their search for him on an upcoming broadcast of the Israeli radio program “Hamador L’chipus Krovim” (Searching for Relatives Bureau).

Maoz and another program participant, Avroom Averboch, remember Weiss as a native Israeli who moved to the United States with his parents and older sister in about 1957. Neither is sure where the family settled, but Maoz thinks it was New York City or New Jersey.

She has a photograph of Weiss standing with two friends and stamped June 1958. “A souvenir forever for Ahuva. Remember me. From your friend, Zvi Weiss,” he wrote on the back.

Maoz described theirs as an innocent, even awkward, pre-adolescent friendship. The two studied, worked and danced together, she said — but so did all the kids at Tzora. “Living on a kibbutz, you’d see each other every day for a long time, spending lots of time together,” said Maoz.

“We were very close friends. I remember him as a shy boy. We’d stand maybe a meter apart, talking. He was blond. We were like boyfriend-girlfriend — everyone had to know that. It was kind of naive, like kids were then. I was very shy and he was very shy. It was very pure, just simple.”

Weiss stood apart from his peers by his pleasant manner and courteous treatment of the girls, Maoz recalled. While the others were “very rough” and “yelling and screaming like boys will do,” Weiss was “very gentle, and that’s why I liked him,” she said.

Maoz says she enjoyed all her kibbutz jobs. She picked cotton, peanuts, peaches, plums, apples and eggplants. Tractors dug grown potatoes from the ground, and Maoz and other workers gathered them. Her favorite job was working with the sheep — a responsibility that other kids forsook because of the early hours demanded before going to school. Maoz rose at 3 each morning to milk the sheep, then shepherd them in the fields. Sometimes she discovered a newly born lamb and would carry the tiny creature a long way back to where her superiors worked.

“I loved it. It was so natural,” she said of her farm chores, adding that it also was an escape from her difficulties at home.

Now administered by the Jewish Agency for Israel, Youth Aliyah historically has rescued and resettled children from endangered communities, beginning with those sent from Adolf Hitler’s Germany by parents, many of whom did not live to reclaim their sons and daughters. The young refugees learned Hebrew along with farming life. Youth Aliyah remains a haven for children from distressed countries, most recently Ethiopia and the former Soviet Union.

Less known is Youth Aliyah’s role as an address for Israeli boys and girls living in difficult circumstances at home. Averboch saw the program as a welcome relief from the economic difficulties his parents faced in Jerusalem. He came to the kibbutz the same day as Maoz, was married there and remained until 1969, when he moved to Haifa, where he still lives.

“We’ve almost all reached age 70 and would like to meet everyone as a group,” said Averboch, 70, a driving instructor. Two members of his Youth Aliyah group still live on Kibbutz Tzora. Four have died. Several live abroad, but their whereabouts are known.

“We entered at about age 12, and came together from different places in Israel,” Averboch said. “We played, worked and studied together. We did the army together. Then we went our separate ways. Now we want to find everyone.”

Please email Hillel Kuttler at seekingkin@jta.org if you know how Zvi Weiss may be reached. If you would like “Seeking Kin” to write about your search for long-lost relatives and friends, please include the principal facts and your contact information in a brief email. Seeking Kin” is sponsored by Bryna Shuchat and Joshua Landes and family in loving memory of their mother and grandmother, Miriam Shuchat, a lifelong uniter of the Jewish people.