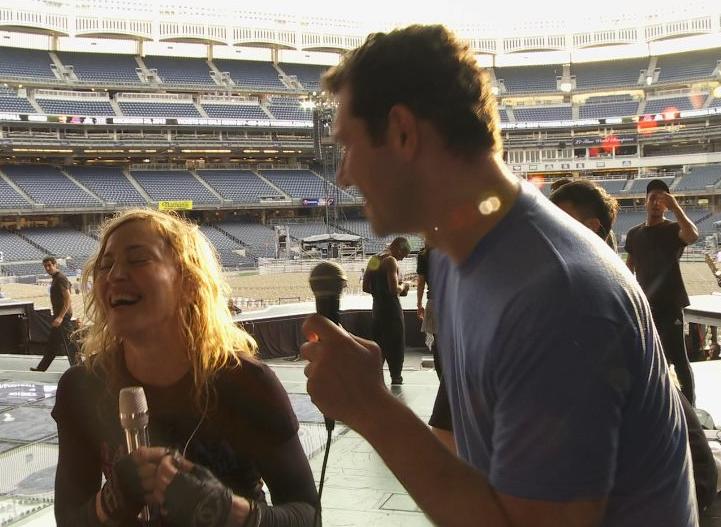 Billy Eichner is known for his ridiculously flamboyant humor and his unconditional affection for Madonna. And when we say affection we mean kind of a creepy-stalkerish love for the “Material Girl.”

Eichner is also a field reporter for Conan O’Brien’s show, and he followed Madonna to different tour locations, including Tel Aviv.

Yesterday, he was sent by Conan to ask New Yorkers about the upcoming elections, but quickly switched to questions about Madonna, since she was performing in Yankee Stadium. By the end, he finally met her, and even told her that when he was in Tel Aviv for her tour’s opening concert, he went to the Western Wall in Jerusalem and slipped a note, asking that she will perform “Vogue.”