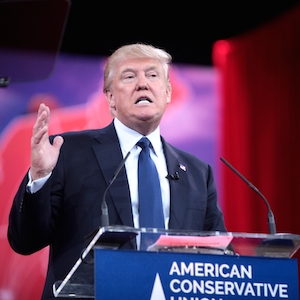 Israeli Prime Minister Benjamin Netanyahu has received the support of American Jewish billionaire Sheldon Adelson for years, but he got a boost today from another U.S. mogul: Donald Trump. In a short video message, Trump called himself a “big fan of Israel” and said “You truly have a great prime minister in Benjamin Netanyahu — there’s nobody like him.”

It’s unclear, though, how much Trump really knows about Netanyahu. Later in the video he referred to him simply as “Benjamin” — something no one calls him here. Trump would have done better using Netanyahu’s universal nickname: Bibi.

Meahwhile, Netanyahu responded to a report by Jeffrey Goldberg claiming that President Obama thinks “Israel doesn’t know what it’s own best interest are.” Netanyahu said, while on a visit to an army base near the Gaza Strip, that “everyone understands that only Israel’s citizens will be the ones to determine who faithfully represents Israel’s vital interests.”