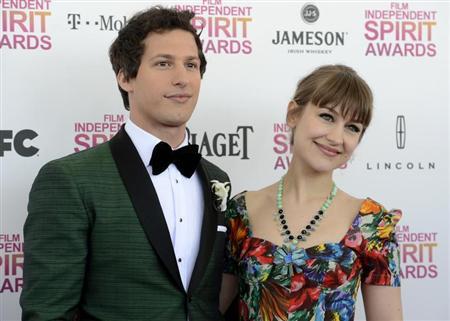 The two has been dating for five years, and according to Us, Samberg has been a fan of Newsom’s work even before they were introduced, and would go see her perform (Newsom plays the harp and the piano and also sings and is known for her baroque folk music style).

Newsom was spotted with a diamond ring at the  Film Independent Spirit Awards in Santa Monica on Saturday.

The two have yet to announce a wedding date, but wouldn’t it be awesome if it was ON A BOAT???