Jonah Hill had a major WTF moment during a date 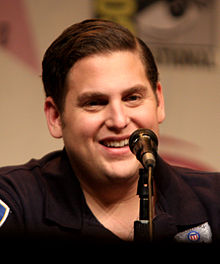 Jonah Hill has been on the market since his split from Ali Hoffman (Dustin’s daughter), and perhaps the dry spell may be extended for a little longer after a recent date.

Apparently Hill took a brunette woman to Joe’s Shanghai Restaurant in New York. According to Page Six, Hill was trying “really hard to woo her,” but then something strange happened.

“A man a table over leaned in and told Jonah, ‘I buried my dad today, and I just want to say you’re gonna be one of the greats,’ says a witness.” Jonah told him, ‘Well, that’s horrible,’ and the guy just goes, ‘No, it’s fine, it’s just great to meet you.’ ”

Though this story sounds like an attempt for Hill to make himself look better in front of his date, none of this was apparently planned. It is unclear whether the bizarre encounter helped Hill in his “wooing” efforts, but at least it helped one person with his mourning. Or something like that.