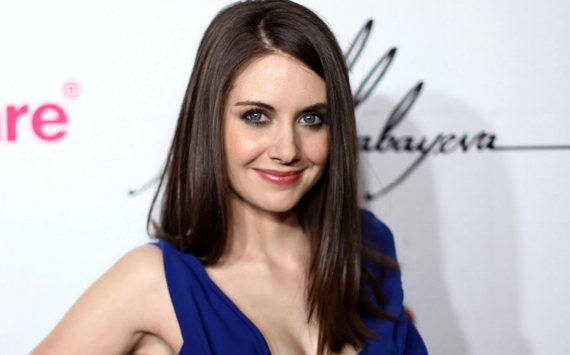 Alison Brie is America’s sweetheart for quality television connoisseurs (“Mad Men,” “Community). She is also well known as a hilarious person, so it’s always fun to to hear her talk, really about anything.

In Esquire’s May edition, Brie shared what she loves, which for the men among our readers, is totally great for an ice breakers with her if you dare go for it.

…the number thirty-eight. It’s so round. It’s a voluptuous number. Eighty-eight has gone too far.

How loud my mother laughs at her own jokes.

Giraffes, because their bodies defy nature and embrace it at the same time.

My real last name. But the mispronunciation of it is like nails on a chalkboard. It starts S-c-h, so everybody pronounces it as if it were Shermerhorn. But it should be pronounced like it’s Skermerhorn.

Sex, because some of the most humorous things happen when you’re naked with another person.

The cast on Community and the way everyone moves the comedy.

Looking at my dad when we’re singing together around the holidays.