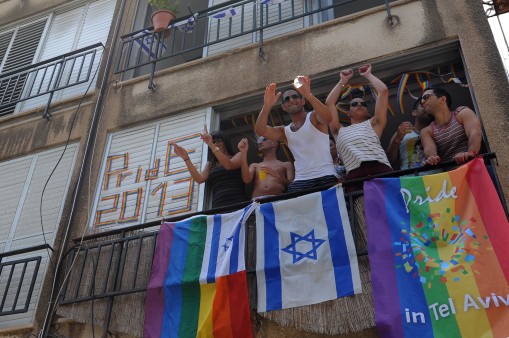 (JTA) — Tens of thousands of people joined in Tel Aviv’s annual Gay Pride Parade, the first after arrests were made in the 2009 double murder at a gay community center.

Israeli media reported that the parade on Friday was the first time in four years that police did not send undercover detectives to mingle with the crowd.

Police sources told Army Radio that the removal of the detectives was connected to arrests made this week in the unsolved murder of two people at a gay community center in Tel Aviv in 2009. A court in Tel Aviv remanded three of the four suspects for 11 days on Thursday.

In the past, detectives attended Gay Pride Parades in an attempt to spot suspects and glean information leading to suspects. 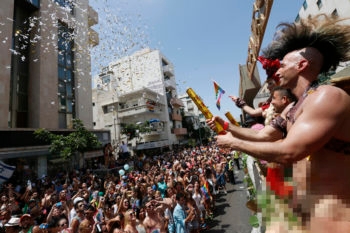 Organizers were expecting over 20,000 foreign tourists to arrive for the pride events, which will carry on throughout June.

The parade was scheduled to end with a beach party at Gordon Beach hosted by supermodel Bar Refaeli with live performances by musician Michal Amdursky, FFF, DRECK and Arisa, among others. Last year, an estimated 100,000 people took part in the parade, according to The Jerusalem Post.