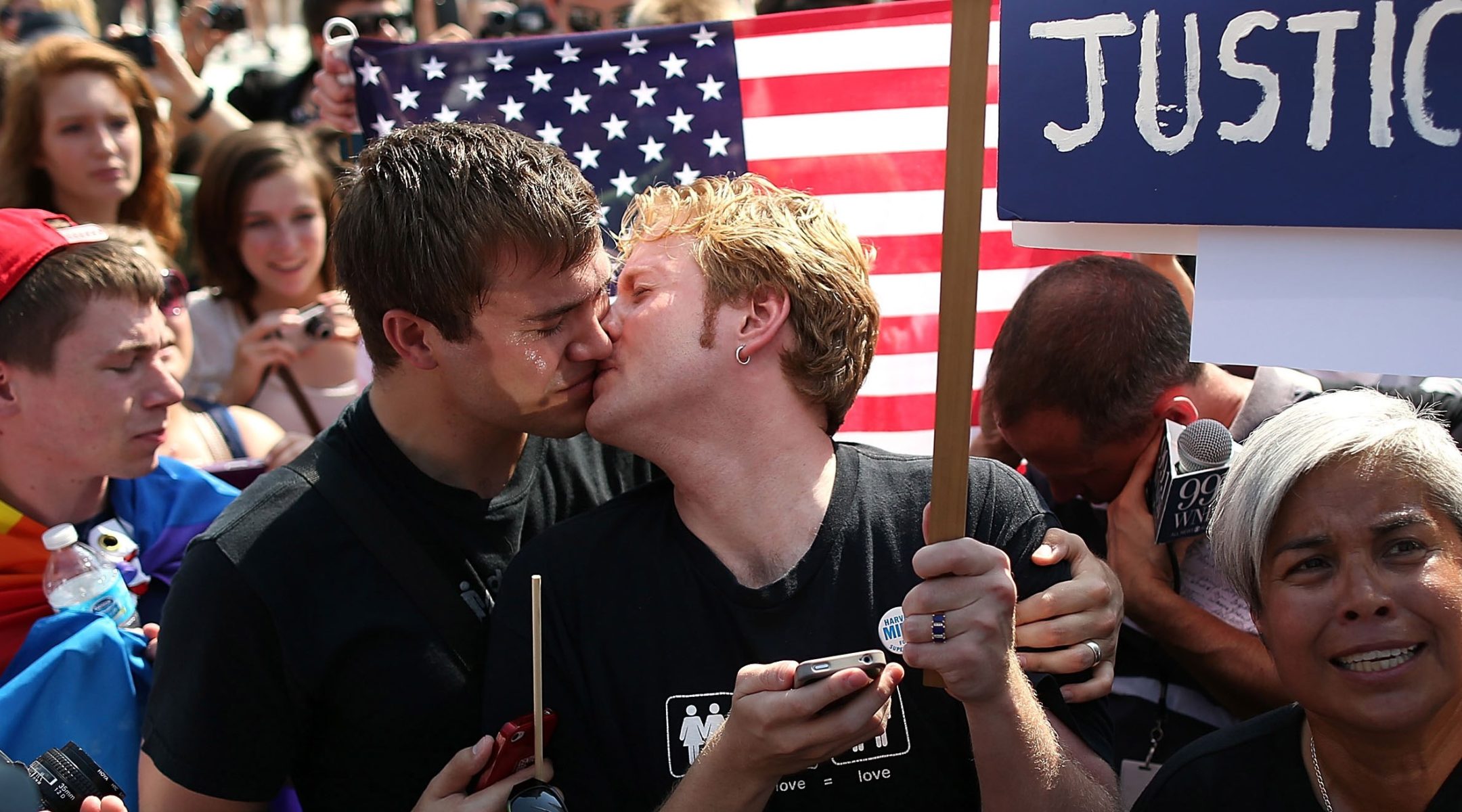 WASHINGTON (JTA) — A slight bump up on affirmative action, a plunge on voting rights, and on gay marriage, the mountaintop: federal legitimacy.

It’s been a week of roller-coaster highs and lows at the Supreme Court for liberal Jewish groups. Their collective pledge: Stick it out.

“These are critical decisions and it’s going to be a fight” on voting rights, said Sammie Moshenberg, the director of the National Council of Jewish Women, one of several groups that had weighed in on the recent cases with friend-of-the-court briefs.

The same tone — vigilance on voting rights, gratitude on affirmative action and gay marriage — informed statements from other groups.

On Monday, the court ordered lower courts to more stringently scrutinize the University of Texas’ affirmative action practices but did not otherwise reverse its earlier decision upholding the right of universities to make race a factor in accepting students.

Jewish groups praised the decision, with the Reform movement’s Religious Action Center celebrating it for upholding “the use of affirmative action, the principle of diversity, and the understanding that race conscious remedies may be necessary to ensure diversity, even as we are aware that the decision’s wording indicates the Court may welcome future opportunities to review and potentially restrict affirmative action.”

Supporters of the Voting Rights Act waiting outside the U.S. Supreme Court building in Washington after the court struck down a section aimed at protecting minority voters, June 25, 2013. (Win McNamee/Getty)

Tuesday’s decision on voting rights, a 5-4 call that split the court along its conservative-liberal lines, shocked Jewish groups. The decision kept in place the shell of the 1965 Voting Rights Act but gutted its key provision, which had mandated federal review of any changes in voting laws in areas and states — mostly in the South — where racial discrimination had been pervasive.

All three Jewish justices dissented from the majority opinion, written by Chief Justice John Roberts, which found that the 1965 rules were outdated. In a withering dissent, Ruth Bader Ginsburg noted that Congress had overwhelmingly reaffirmed the 1965 rules as recently as 2006 and said the court was overstepping its bounds.

The decision drew strong condemnation from Jewish groups and vows to bring the case to Congress, although the likelihood is that current political realities — a Republican House of Representatives and a Democratic Senate — will preclude a review of the 1965 law anytime soon.

On Wednesday morning, the court issued two rulings on gay rights. One overturned a key part of the 1996 Defense of Marriage Act, or DOMA, which mandated that federal laws abide by a definition of marriage as between a man and woman. In the second ruling, the court said that individuals who sought to overturn a California Supreme Court decision recognizing same-sex marriage had no standing to sue.

The first case stemmed from a lawsuit brought by a Jewish woman, Edith Windsor, who was forced to pay federal taxes on the estate of her late wife, Thea Spyer, who also was Jewish, although their Canadian marriage was recognized as legal by the State of New York, where they resided.

“DOMA singles out a class of persons deemed by a State entitled to recognition and protection to enhance their own liberty,” Kennedy wrote in an opinion joined by the four liberal judges, including the three Jewish justices: Ginsburg, Elena Kagan and Stephen Breyer, as well as Sonia Sotomayor. “It imposes a disability on the class by refusing to acknowledge a status the State finds to be dignified and proper.”

The marriage equality cases had Jewish groups filing friend-of-the-court briefs on both sides, with liberal groups defending the rights of gay couples and Orthodox groups seeking to push back against the California Supreme Court decision.

“Society’s mores may shift and crumble but eternal verities exist,” the haredi Orthodox Agudath Israel of America said in a statement. “One is marriage, the union of a man and a woman. Its sanctity may have been grievously insulted by the High Court today, but that sanctity remains untouched.”

“Having faced prejudice and bigotry throughout our history, the Jewish community does not tolerate unjust discrimination against others,” Alan van Capelle, the director of Bend the Arc, a Jewish group that advocates on social issues and that had joined friend-of-the-court briefs in both cases, said in a statement. “Personally, as a gay Jewish man who has long been fighting for LGBT rights, it means so much to see our highest court rule that my family has as much right to happiness and protection under the law as any other.” 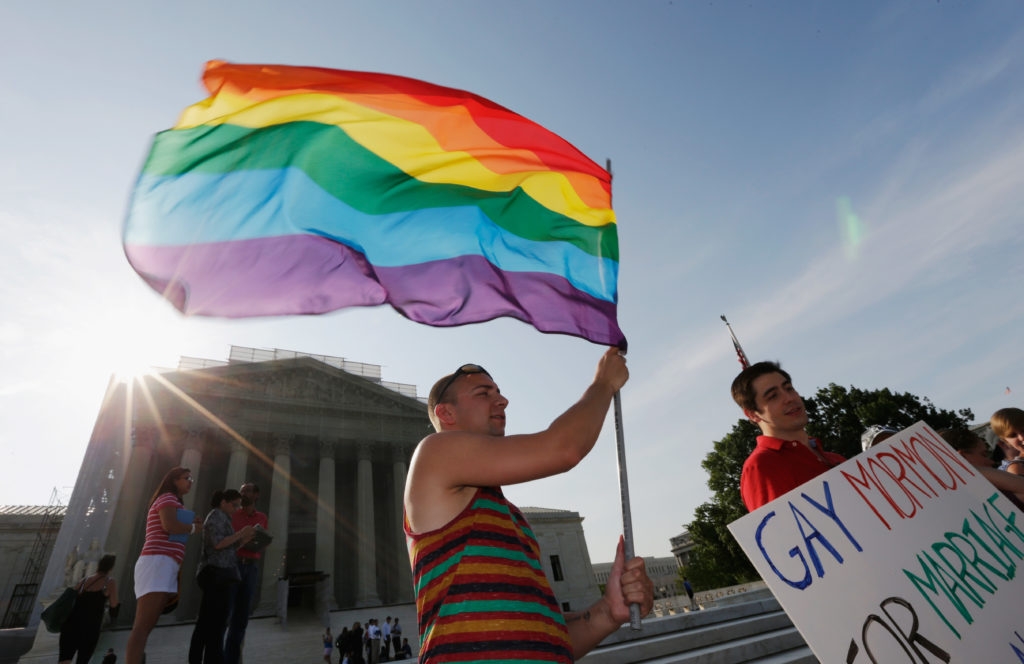