For ESPN broadcaster, Maccabiah ends just as it was getting started 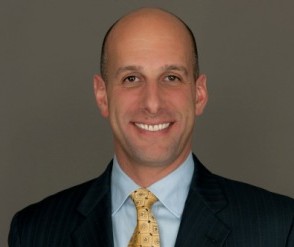 As a broadcaster, Dan Shulman has seen many athletes get injured during games. Last week at the Maccabiah Games, it was Shulman who got hurt – and the timing was plenty unfortunate.

The voice of ESPN’s college basketball and Sunday night baseball telecasts, Shulman came to Israel to play for Canada’s basketball team in the masters (older) division. A 6-foot-4 forward and Toronto native, Shulman was making his first appearance at the games.

Just four minutes into Canada’s opening game of the tournament against the United States, Shulman positioned himself in the lane for a possible free throw rebound. With the ball in the air, Shulman stepped on an opponent’s foot. The awkward move tore a ligament in Shulman’s own foot. Canada’s trainer hailed a cab that took them to Jerusalem’s Hadassah University Hospital.

The injury sidelined Shulman, 46, for the rest of the competition. He also had to miss the team’s tours to Masada and the Dead Sea.

“Sadly, I got hurt the instant I went in the game,” Shulman said from Jerusalem. “My anticipation as I checked in was great, but it was extremely short-lived.”

“I’m not able to play, or tour, so my experience hasn’t been exactly what I had hoped it would be,” he added.

The incident recalls one that befell another Jewish athlete, Adam Greenberg, in 2005. In his major league debut, playing for the Chicago Cubs, Greenberg was hit in the head on the very first pitch he faced, suffering a concussion that essentially ended his career. Late in the 2012 season, in a bit of a gimmick, the Miami Marlins signed Greenberg to a one-day contract so he could experience a full at-bat. Greenberg struck out and has been not returned to the majors.

Shulman’s turn on the court was technically even shorter lived. He had entered and exited the game without even one second expiring from the clock because the free throw attempt was successful.

When he returns to Canada this week and the swelling has subsided, Shulman will get a CT scan and learn whether surgery is required.

“I empathize with all athletes who get hurt, professional or otherwise,” Shulman said.

His next scheduled broadcast for ESPN is Aug. 4, when the Atlanta Braves visit the Philadelphia Phillies.