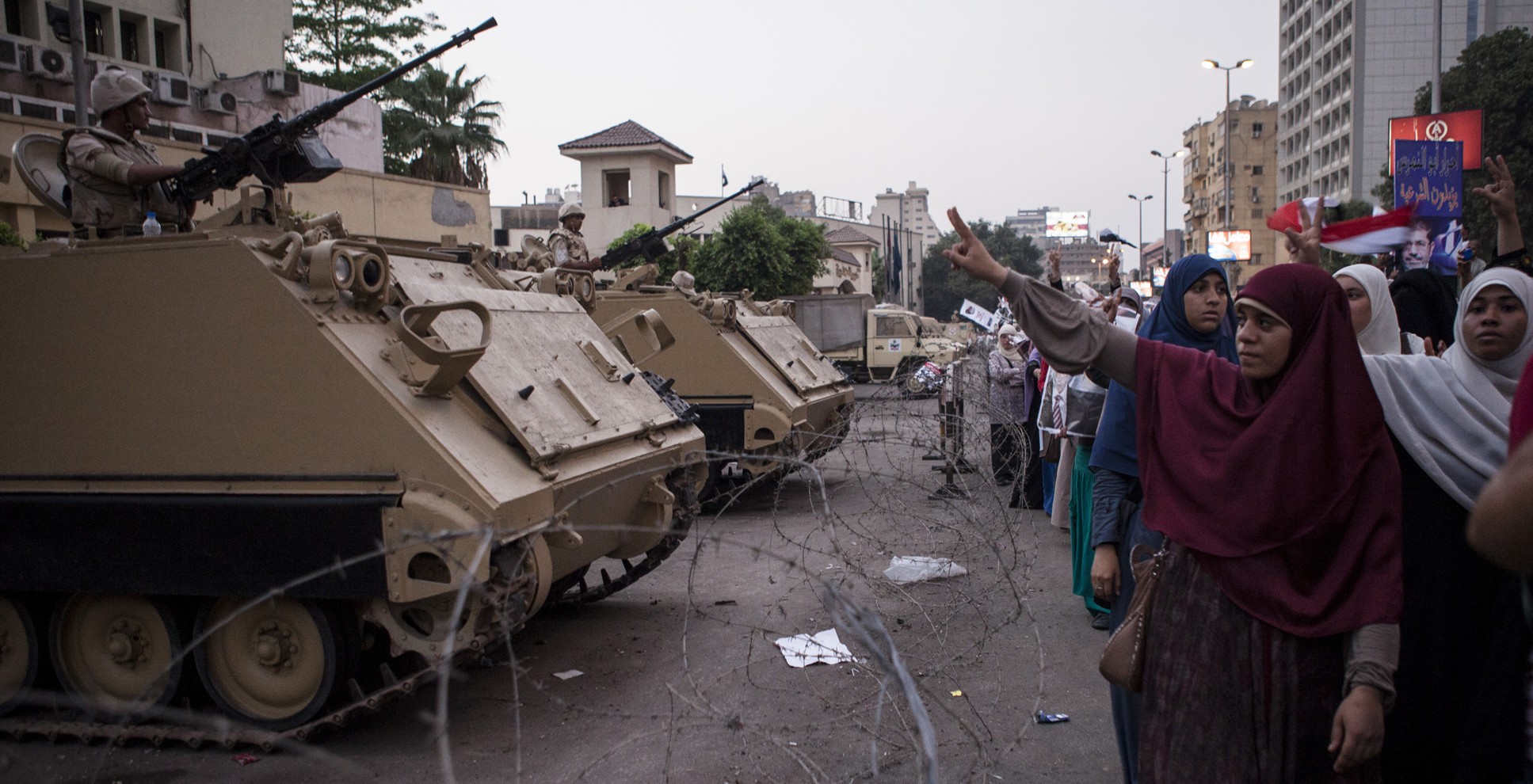 TEL AVIV (JTA) — When Magda Haroun was out on the streets during the unrest now rocking Egypt’s capital, she saw someone standing over the body of a dead soldier.

“Not even a Jew would do this,” she heard him say.

Haroun, the president of the Egyptian Jewish community, doesn’t enjoy hearing anti-Semitic slurs on the street. She gets nervous when she hears Egyptians are burning the churches of Coptic Christians, a much larger religious minority than the country’s tiny Jewish community. She assumes that most of her compatriots have forgotten there are any Jews left in Egypt.

But when protesters filled Cairo’s Tahrir Square at the end of June calling on President Mohamed Morsi to step down, she was right there with them.

“The amount of people in Tahrir was breathtaking,” Haroun told JTA. “The unity between people was breathtaking. Some of the people recognized me because I was on TV. They were shaking my hand and telling me, ‘God bless you. You are a real Egyptian.’ ”

Haroun, 61, is the youngest of the 14 women who make up Cairo’s dwindling Jewish community. Most are now in their 80s, living off charity and rental income from properties the community has owned for generations.

But though small in number, Haroun says the community is proud of its country and, like many Egyptians, supportive of the army’s campaign to quell Morsi’s Muslim Brotherhood.

Magda Haroun, president of the Jewish community in Egypt, says she is “very confident of the future” in her country and vows to “never, never, never” leave. (Bassatine News)

The latest round of unrest in Egypt began last month after mass protests in Tahrir Square led the army to depose Morsi, the country’s first democratically elected leader, and install a new government. The Muslim Brotherhood denounced the move as a coup and confrontations raged between its supporters and the military, leaving more than 1,000 Egyptians dead in just the last week alone.

Jews have lived in Egypt for millennia. Around the time of Israel’s founding in 1948, the community was estimated to number 75,000, but in the decades that followed the vast majority fled.

Those that remain are happy to call Egypt home, Haroun says. Although she has relatives in several European countries, she vows to “never, never, never” leave.

“I’m very proud to be here,” she said. “I want to do whatever I can to help. We are a strong people. I am very happy now that people [are] in the street. Instead of talking about football, they are talking politics. There is more awareness about the importance of our country.”

On Tuesday, CNN reported that the White House was withholding some military aid to Egypt in protest of the military’s violent crackdown on Morsi supporters. But for Haroun, the army’s assertion of control is a welcome development she sees as “fighting terrorism.”

Haroun says the Jewish community thus far has not experienced any anti-Semitism as a result of the fighting — probably, she says, because it’s so small.

Under Morsi’s rule, however, it was a different story. Soon after taking office, the government voted to end a monthly subsidy of $1,000 to the Jewish community it had provided for more than 20 years.

“The way they wanted things to go, it’s a fascist movement,” she said. “I hope we’ll start a new era in Egypt where everyone will be equal regardless of political beliefs. I am very confident in the future.”

Another believer in a more tolerant Egyptian future is Levana Zamir, whose family was expelled from Cairo when she was 12. Now living in Tel Aviv, Zamir remembers an Egypt that strived to be open to the world.

“I’m very proud of Egyptians that they want to go back to the secularism and cosmopolitanism of Egypt,” said Zamir, the president of the Association of Jews from Egypt in Israel. “They need someone like [former President Anwar] Sadat, who wanted to open the Arab world.”

Haroun says that as much as the casual anti-Semitism she hears bothers her, she believes it comes from Egyptians’ unfamiliarity with Judaism.

“It’s all talking, there is no action,” she said. “The talk about anti-Semitism is ignorance. The Egyptians are loving. They love each other. It’s ignorance that pushes them to hate and to burn churches.”

Egypt’s unrest will prevent the community from celebrating Rosh Hashanah together in a few weeks. In past years, the community has hosted festive meals and invited foreign dignitaries and non-Jewish Egyptians.

Due to the curfew now being imposed by the army, however, they cannot meet in the synagogue. A rabbi set to fly in for the holiday has canceled his trip.

Still, the community is providing support to the army’s campaign. When a call went out for Egyptians to donate money to the government during the unrest, the 14 Jewish women in Egypt decided to scrounge together what they could.

“We have no money, but do you agree we should contribute a small amount of money in the name of the Egyptian community?” Haroun recalled asking the women. “You know what they responded? ‘Yes, of course. We are not dead yet.’ “