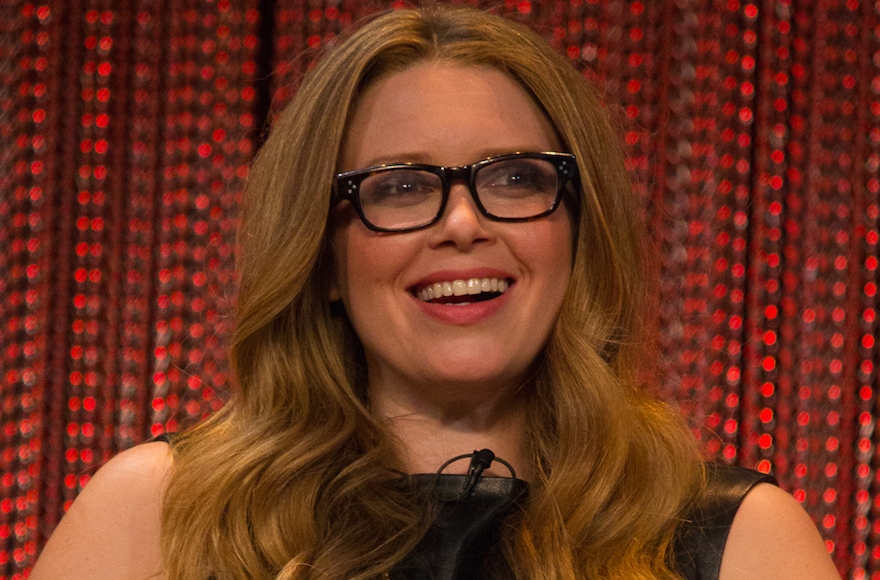 If everything you know about actress Natasha Lyonne comes from the tabloid stories tracking her drug-addled meltdown a few years back, you must listen to Monday’s installment of  the”WTF with Marc Maron.” Actually, you should listen to this great pod-casted conversation no matter what.

Over the course of the interview, the “Orange Is the New Black” star opens up about the pressures of being a child actress and, with great insight, humor and clarity, her spiral into — and recovery from — drug addiction.

But of course this is Marc Maron — a man with an unparalleled talent for bringing out his guests’ Jewiness. So naturally, that happens to Lyonne. She boils down her Jewish background to “on my father’s side Flatbush, my mother’s side Auschwitz,” describes growing up the grandaughter of survivors who were cryptic about their pasts, and what it was like being a student at the Orthodox-affiliated Ramaz School in Manhattan.

“My early rebellion, before I found the drugs, would be arguing with rabbis,” Lyonne says. “I really enjoyed that.” Soon, though, she was smoking weed, not to mention selling it to her classmates.

Her best Ramaz story of all, hands down, is the one about the then 16-year-old showing up to meet Woody Allen stoned, dressed in her school-mandated long skirt, and apparently entirely inexperienced in the ways of small talk.

“He asked how I was, and instead of just saying ‘fine,’ I launched into it,” says Lyonne, recounting her inebriated, long-winded shpiel in which she complained about not having time for her Talmud homework and how everyone at school was mean to her. She was ultimately cast as Allen’s daughter in the “Everyone Says I Love You.”

Other fun facts: Lyonne lived in Israel between the ages of 8 and 10, appearing in a movie she doesn’t remember anything about, except that it starred “two big Israeli stars” whom she likens to the Meryl Streep and Jack Nicholson of Israel.

And, yes, she did indeed dream of being Golda Meir when she grew up.

While that didn’t quite happen, Lyonne had a successful early career, shattered it — along with her life — to pieces, and now seems to be doing a pretty good job of putting it all back together. While that doesn’t exactly put her in the same league as a pioneering female prime minister, it also isn’t nothing.