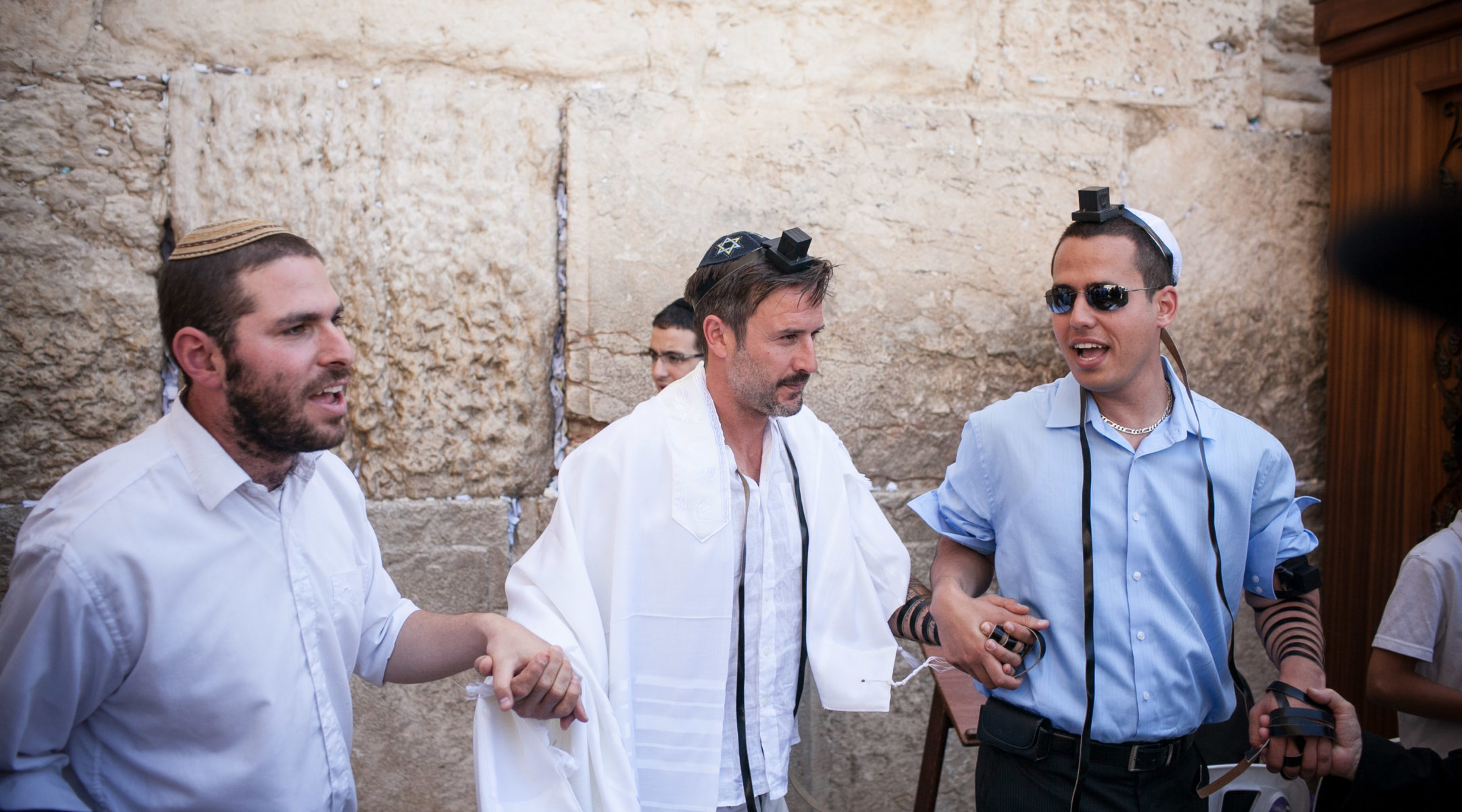 Actor David Arquette called into Howard Stern’s Sirius XM radio show on Wednesday after the wrap party for his film “The Key,” admitting he’d had a few too many, E! online reports.

“This isn’t the first time I called you [drunk],” said Arquette, who happened to reveal he was off the wagon on Stern’s show two months earlier. “I’ve called in a few times.”

This time, though, he wan’t in the mood for the regular on-air banter. Instead he seemed to be in a deeper, more, uh, philosophical kind of mood.

“”You’re amazing. You are incredible. You are God. We’re all gods in our own way. We’re all droplets of God…The whole game is to entertain God. God created us all. God is love. The best feeling is love…We’re all connected. It’s all the same.”

Next Arquette, who had a bar mitzvah at the Western Wall in 2012, moved on to something he billed as “the most controversial thing I’m going to say.”

At least it wasn’t all bizarre and heavy. Arquette also threw in some nice words about his ex-wife, Courteney Cox.

“She’s the most brilliant, beautiful friend that I’ve ever met,” he said.