Why is France taking a harder line on Iran than the United States? 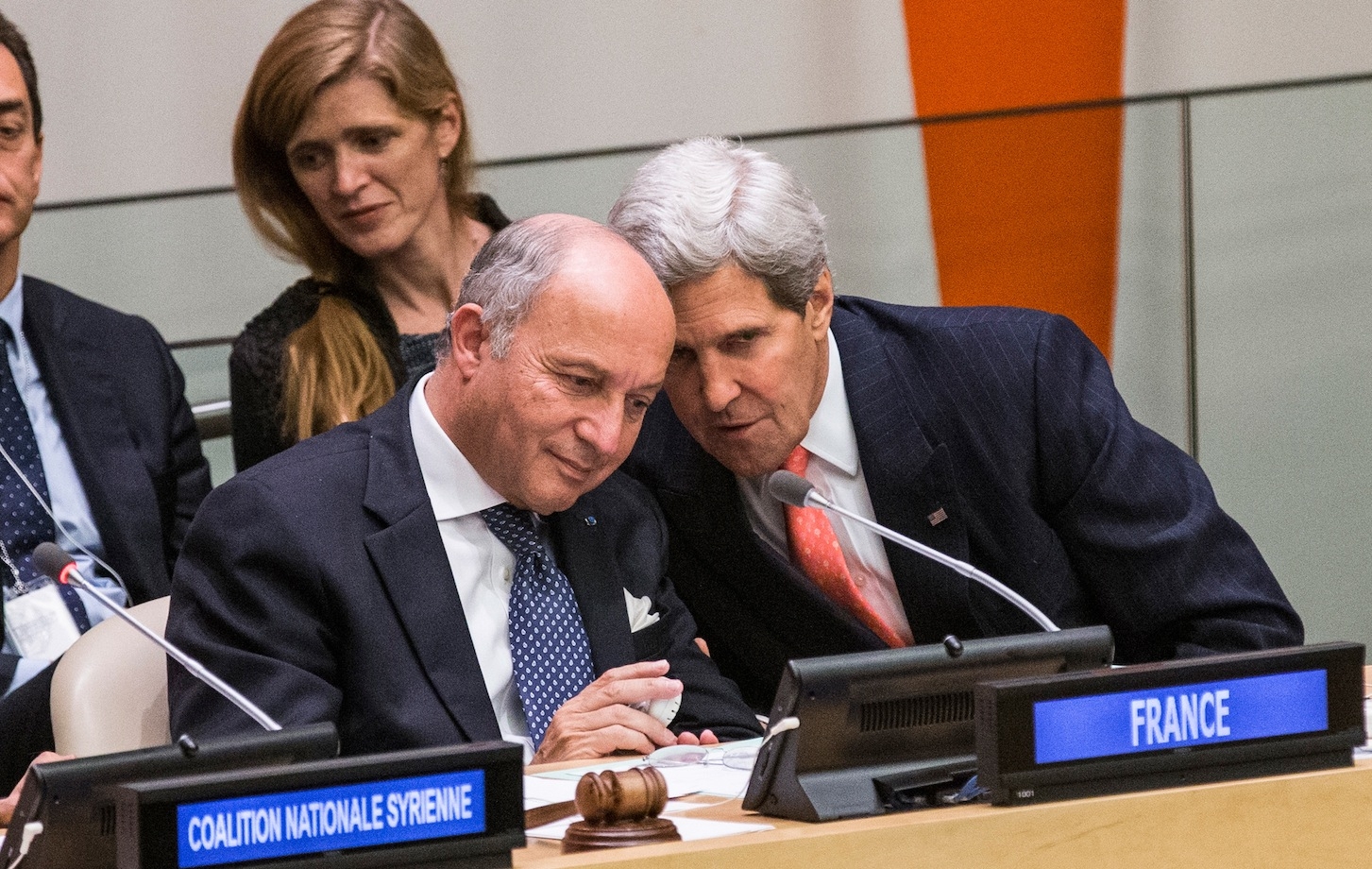 WASHINGTON (JTA) — When reports emerged over the weekend that France’s hard line was responsible for the failure of negotiations over Iran’s suspected nuclear weapons program, supporters and critics of the diplomatic push resorted to familiar stereotypes.

The reality typically is more nuanced.

France’s posture in the talks between Iran and the major powers — Russia, Britain, the United States, China and Germany along with France — is not the result of its sympathy for Israel or its supposed aversion to confrontation, experts say.

Rather it is the product of a complicated matrix of French interests stemming from the country’s centuries-old role in the region, longtime distrust of Iranian theocracy and a postwar insistence on forging its own foreign policies.

Fabius was the first to announce Sunday morning that two days of intensive talks last week in Geneva had ended without a resolution. The announcement came after U.S. Secretary of State John Kerry had cut short a trip to the Middle East at week’s end to participate personally in the talks, fueling speculation that the parties were on the verge of a resolution.

“The Geneva meeting allowed us to advance, but we were not able to conclude because there are still some questions to be addressed,” Fabius said.

The questions reportedly were raised mostly by France. They focused mainly on Iran’s refusal to immediately suspend construction of a heavy water reactor that could produce plutonium used as fuel for a nuclear weapon.

Israeli Prime Minister Benjamin Netanyahu, the leading international voice opposing the emerging outlines of a deal, said the break precipitated by the French presented an opportunity for Kerry to reconsider his push for an agreement.

“Israel is united in opposition to the deal being offered to Iran,” Netanyahu told the Knesset on Monday. “We are speaking in a clear and unequivocal voice. The time that was achieved over the weekend must be utilized to achieve a much better deal. The target date for this deal is the date on which a good deal will be achieved that will deny Iran a military nuclear capability.”

Israel’s objections have to do with reports, confirmed to JTA by a diplomat from one of the negotiating countries, that the major powers were ready to set aside U.N. Security Council resolutions requiring Iran to suspend all enrichment activities and allow some continued uranium enrichment, albeit at levels well below weaponization.

Netanyahu, backed by a number of leading congressional lawmakers, believes that allowing Iran any enrichment capacity would give it cover to advance its suspected weapons program.

Kerry, already bruised by the teetering Israeli-Palestinian talks and furious with Netanyahu over announcements of new settlement building, suggested Sunday on NBC’s “Meet the Press” that the Israeli leader did not know what he was talking about.

“I’m not sure that the prime minister, who I have great respect for, knows exactly what the amount or the terms are going to be because we haven’t arrived at them all yet,” Kerry said. “That’s what we’re negotiating. And it is not a partial deal. Let me make that crystal clear, as I have to the prime minister directly. It is a first step in an effort that will lock the program in where it is today — in fact, set it back — while one negotiates the full deal.”

Though the United States might be expected to be more solicitous of Israeli security concerns, France’s hard line is rooted in the country’s hostility toward Iran, said Heather Hurlburt, a senior adviser at the National Security Network, a Washington think tank.

In the 1980s, the Islamic Republic conducted an assassination campaign against Iranian dissidents who had sought refuge in France, a history that generates significant rancor even today.

The killings not only hit French national pride — France for centuries has seen itself as a safe haven for dissidents — but were all the more galling because France had protected Ayatollah Ruhollah Khomeini when he was in exile.

“The Iranians have assassinated a fair amount of people on French soil,” Hurlburt said. “There’s a degree of hostility Americans forget about.”

Also salient are French ties to a number of nations in the region, particularly Syria and Lebanon. The French were among the Western nations pressing hardest to stop the Iran-backed Syrian government’s slaughter of civilians in the country’s grinding civil war — an intervention averted by a deal, brokered by Russia and the United States, to have Syria relinquish its chemical weapons capability.

“For France, this was a rare opportunity for score settling with Iran, but also with the United States for humiliatingly pulling the plug on France’s plans to strike in Syria,” said Afshin Ellian, an Iran-born lecturer on international public law at Leiden University in the Netherlands.

France also has jealously guarded its independence in foreign policy, a legacy of the postwar leadership of Charles de Gaulle, who removed all French forces from the NATO command in 1966 even though France was a founding member of the alliance. France returned to full membership only in 1999.

“Total independence on nuclear issues is part of the DNA of French policymaking,” Jaap de Hoop Scheffer, a former secretary general of the North Atlantic Treaty Organization, told JTA. “I think this is the underlying reason that France is more resolute than the U.S. and Germany in its conviction to prevent a nuclear Iran.”

Several analysts also have suggested that France has its eye on a major arms deal it is negotiating with Saudi Arabia, a country nearly as adamant as Israel that Iran must not achieve nuclear capability.

“The hidden player is Saudi Arabia, which is very familiar with Iranian deceit and would do anything to keep Iran from having nuclear arms,” Guy Bechor, a lecturer on Middle Eastern studies at the Interdisciplinary Center Herzliya, wrote on his website. “Saudi Arabia triggered the French move in exchange for its signature on massive weapons contracts from France.”

Both Hurlburt and the diplomat said that France’s recalcitrance has its uses, though for different reasons. The diplomat, who was not authorized to discuss the negotiations and thus asked to remain anonymous, suggested the breakdown gives all the parties a breather to fully consider the proposals. Hurlburt said it helps take the heat off the United States and Israel.

“In some ways it may be very convenient that France was willing to go out and be hard line,” Hurlburt said. “It’s useful politically for Fabius for France to play the bad cop.”