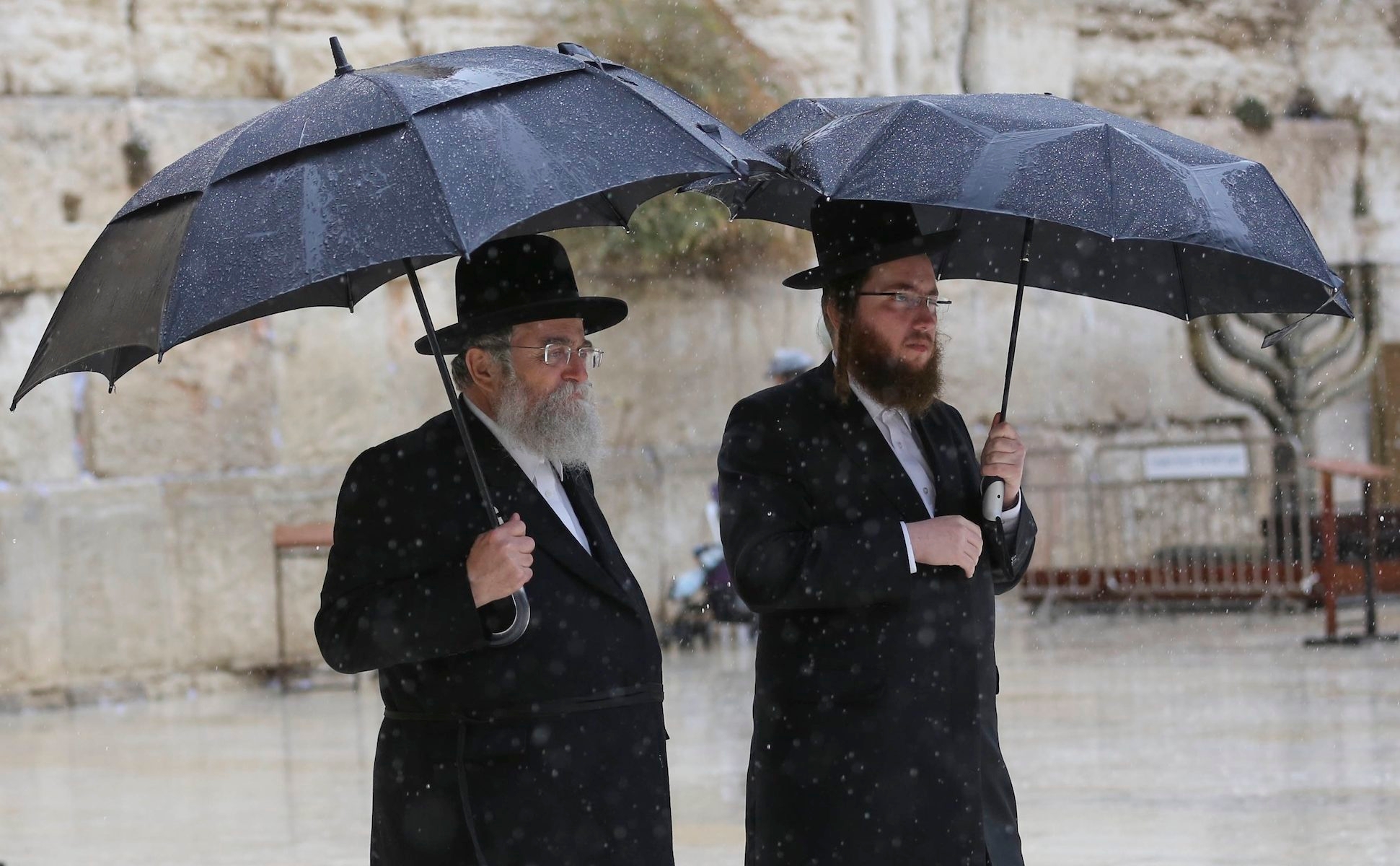 Israelis breathed a collective sigh of relief Wednesday night as the sky opened and rain began to pour. Then they started searching for their umbrellas.

Israel has been experiencing one of the driest falls and early winters in the last 70 years, with some weather stations recording absolutely no precipitation. In a normal year, the rainy season begins as the High Holidays come to an end. We know it is coming, and yet we don’t prepare our umbrellas, rain shoes and outdoor furniture covers until the rain is actually here.

Some areas of the country experienced a brief rainfall on Sukkot — just enough to ruin the paper chains in the sukkah — before we went back to temperature settings permanently turned to hot and dry.

Earlier this week, Israel’s chief rabbis, Yitzhak Yosef and David Lau, called on the public to say special prayers for rain. The prayers were distributed to rabbis throughout the country. Our rabbi sent it to the members of our synagogue via e-mail.

Ironically, Jews in the Diaspora began adding the prayer for rain to the silent Amidah on Thursday as they do every year beginning on Dec. 5.

I wonder if the chief rabbis expected results quite so fast. The rain that began falling Wednesday night has continued on Thursday and is expected to last locally through the weekend.

It is no guarantee that the winter will continue to be wet, but it’s a start.